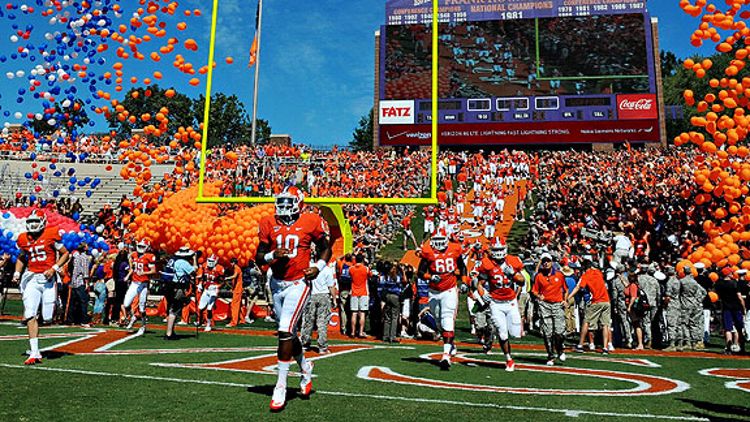 Always at this time of the season, there is at least one undefeated major-conference team that the entire SEC fanbase deems unworthy of cozying up to their elitist fête. This year, it just happens to be a team that always seems like it should be playing in the SEC. I expect Clemson will survive this week, and then keep surviving, and then lose the final game of the season when The Head Ball Coach extracts an unwarranted miracle from his posterior whilst benching every quarterback on his roster.

Or sometimes there are two teams who won’t go away. Is it a coincidence that Bill Snyder has risen at the same time as The Walking Dead? I think not.

This looked like an overhyped trifle, until LSU’s best defensive player and top running back were suspended for reportedly inhaling convenience-store incense. Now it’s probably still a trifle, but a potentially more interesting one, unless this dude passes back through town, in which case, it’s a real (non-synthetic) party.

You may choose, in this time slot, second-rate clashes in the Big Ten, or the Big 12, or the Atlantic Coast Conference. I will choose Kellen Moore, who has a quarterback rating of 179.7 this season. There are probably too many undefeated major-conference teams for Boise State to overcome, which is a shame, because they really might be one of the two best teams in the country this time around. And they have just as many crazy-eyed marijuana distributors as Baton Rouge does.

The first game in a two-week test that I expect Wisconsin to fail miserably, because this is what the Big Ten does best: Inflate your expectations, then smother them with a pillow.

A crucial showdown in the league formerly known as Conference USA, which has now merged with the Mountain West to form a mega-conglomerate that seems to have elevated us to the zenith of nonsensical conference-realignment fuckery. The important thing is to remember amid all this confusion is that June Jones is our homeboy.