The NBA’s “That Dude Made What?” All Stars 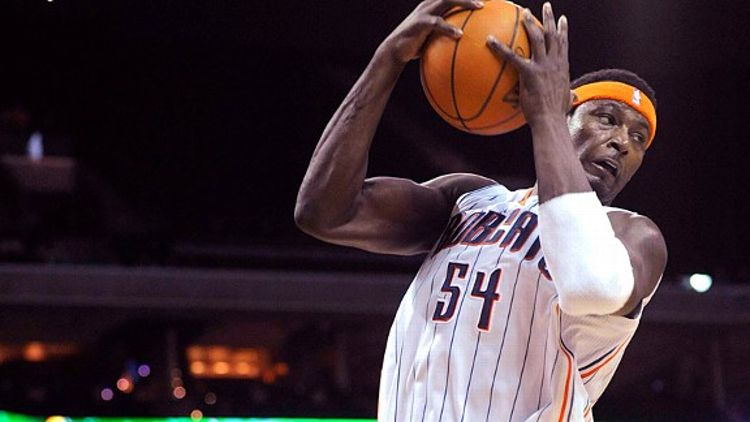 Things We Made Robert Mays Write

When Kwame Brown signed his one-year, $7 million deal with the Warriors on Tuesday, we got to thinking: Has anyone in the league made more by doing less? The Golden State deal pushed Kwame’s career earnings to a cool $58.4 million. No, seriously.

In honor of Kwame’s latest payday, we decided to roll out the “No, really, that dude has made $___ million” All Stars:

The lowest earner of the group, Cook doesn’t warrant the shock that some other members of the list do, but he certainly belongs. The 24th overall pick by the Lakers out of Illinois in 2003, the hope was that the 6-foot-9 Cook was the type of jump shooter that could be a pick-and-pop nightmare for defenses. In 2009-10, Cook scored 21 points — for the season. With his $3.5 million salary, that’s about $167,000 a point.

Darko enjoyed a renaissance (relatively) of sorts in Minnesota last season as he developed into an effective defensive center, but at this point, it doesn’t look like he’ll ever do much to avoid being a footnote about the 2003 draft. Somehow, Milicic managed to parlay the 12.3 points he averaged over four playoff games for Orlando in 2007 into a three-year, $21 million offer from Memphis. Keeping Milicic was reportedly Magic GM Otis Smith’s top offseason priority that year, but unfortunately, he was preoccupied giving Rashard Lewis the worst contract of the decade.

The first member of the list to benefit from Mark Cuban’s big-man generosity, Diop signed a five-year, $32 million deal with Dallas in 2008 to become the latest attempt at building some semblance of interior defense for the Mavs. Seven months later, he was shipped to Charlotte, where he blew his Achilles tendon last January but will start this season as the lone center on the roster after the Bobcats lost Kwame Brown. He’s averaged less than 18 minutes a game since 2007-2008.

Maybe more than any player in the league, Kapono is the example of just how rich shooting a basketball can make someone. The former UCLA star used the 2007 season, during which he shot 51.4 percent from three, to secure a four-year, $24 million deal with the Raptors. Kapono shot better than 48 percent the following year, but hasn’t cracked 43 since.

I’m sure there’s an explanation for the six-year, $36 million contract Gadzuric got from the Bucks (a moment of temporary insanity for GM Larry Harris, blackmail, etc.), but none of them have anything to do with basketball. The season before, Gadzuric had averaged the highest point total of his career — a staggering 7.3 a night.

Marko shouldn’t technically count, as he’s no longer in the league, but it’s because he was still collecting a paycheck as recently as last season (sort of — he was bought out in 2009, but his contract ran through 2011) that we decided to throw him in. After averaging about 10 points per game for the Clippers in 2005, Jaric was included in a sign-and-trade to Minnesota, where he was given a six-year, $38 million deal. He lasted four more seasons in the league before heading to Spain.

Sure, what Haywood has already managed to bank makes him eligible for this list, but his actual potential lies in the fact that his real money is still down the road. Before Dallas traded for Tyson Chandler last summer, Mark Cuban threw more money at his center problem by giving Haywood a six-year, $54 million deal that figures to grow more problematic each year. The year his team managed to win a title is the year his minutes went to Brian Cardinal, and oh yeah, he’s slated to make $10.5 million in 2015-16.

One would that think Cuban would have learned his lesson after Dampier, who rode a 12-12 season for Golden State in 2004 to a six-year, $60 million deal with Dallas. He never came close to those numbers again, and although his defensive presence is what Cuban hoped would help bring Dallas a title, his legacy in the Mavs first championship will ultimately be that his expiring contract was the biggest chip in acquiring Tyson Chandler.

Curry is probably the most glaring misstep of the Isiah Thomas era in New York, and a contract (six years, $60 million) that seemed bad when it was handed out has grown worse as Curry has, well, grown. Curry made $11.5 million last year during a season where he wasn’t even close to approaching basketball shape. He insists that he’s lost 70 pounds this offseason, and considering his competition in Miami consists of Joel Anthony, this is probably Curry’s best (and lost) shot at something resembling redemption.

The inspiration for this list has been both plagued and rewarded for being the No. 1 overall pick in 2001. At times, expectations have probably been too high as a result of his draft status, but the Lakers’ thought that they could coax out his potential is a big reason that earnings figure goes as high as it does. Apparently, Brown did enough in Charlotte last year for Marc Jackson and company to believe that he’s a worthy consolation prize to DeAndre Jordan, and that $7 million might be the last grasp at the player people hoped Brown might be.

Filed Under: Things We Made Robert Mays Write

See all Things We Made Robert Mays Write