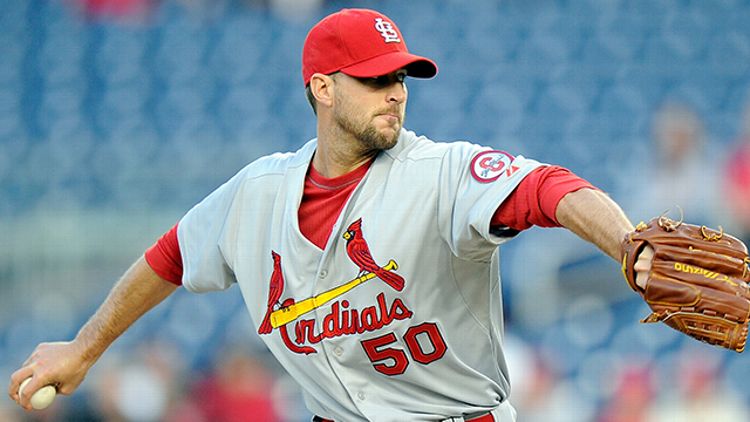 We suffered through a bit of a downer last weekend, but the rebound is looking great. I forcefully recommend watching every minute of each game listed below, with one notable exception:

You know how some people get a kick out of watching bad movies over and over because incompetence delights them? I’ve never understood it, but those people should grab some popcorn and giggle their way through this series.

Oh, what’s up, Trout? What you been up to? Just hitting .431 over your last 13 games, and getting on base more than half the time? That’s all? Oh, two homers, three steals, and 11 runs scored too? Cool. Good to check in, you magnificent baseball robot.

Fine, he’s playing really well and he hit a home run in Yankee Stadium to solidify his growing legend. But guess what else happened? As the MLB.com video says, Mariano poncha a Puig. Also, Robinson Cano le roba un hit a Yasiel Puig. (Seriously, look how cool Cano looks throwing from one knee … he’s my hero.) My point is, hitting is stupid. Pitching and fielding is where it’s at. If it was up to me, every game would be 1-0.

He’s back in the good graces of the Weekend Top 10 after his excellent showing as the opening act for Zack Wheeler this week. And according to science, he’s the second-most valuable pitcher in baseball behind Adam Wainwright. So if you like strikeouts and triple-digits on the radar gun and a guy who looks and behaves like a badass (read about the time he challenged 6-foot-11, 290-pound Jon Rauch to a fight), then watch him. But what I really want to highlight now is how he lost his no-hitter against the Braves. Because, good god, it was such a Mets play:

Hey, look, the Yankees now have a negative run differential. Apparently paradoxical success with a roster full of injured old people isn’t sustainable. I’ll tell you what’s really tough, though; Wil Myers is now on the Rays. Who’s Wil Myers? He’s a 22-year-old prospect from North Carolina who played with the Durham Bulls this year and hit the shit out of the ball. Being a gentleman who lives near the ballpark, I’ve rooted him on as he put up a .286/.356/.520 line with 14 home runs. There’s even a fan section in right field called “WilVille.” It’s one of those feel-good minor league stories that puts a little pep in the step of a city too small to field a professional club. And now? Now he plays for the Rays, so I have to hate him. I feel like the Durham Bulls tricked me by not calling themselves the Rays. I suspended disbelief, and now I have to pay for it. At least you know what you’re getting with the Scranton Yankees.

5. College World Series: UNC Is the Team That Can’t Be Killed (Saturday)

In case you missed it, this post is now focused on things that happen in North Carolina’s research triangle. I’ve had the College World Series on the list for the past couple of weeks, and now that the teams are in Omaha, I can’t abandon them. And I wouldn’t want to, because it’s been amazingly fun. Last night, UNC eliminated NC State and moved on to a “final four” of sorts, where it has to beat UCLA twice on Saturday to advance to the championship series. The odds aren’t great, but then again, UNC has been on the ropes for about a month now. In the ACC title game, the Tar Heels were two innings away from getting eliminated by NC State in the semis before rallying to win in 18 innings (they won the title the next day). In the regional round, in an elimination game against Florida Atlantic, they were down two runs in the bottom of the ninth and then three runs in the bottom of the 12th. Result? Thirteen innings, 12-11 win. Next came the super regionals, where South Carolina outscored them 17-11 and had a 4-2 lead in the seventh inning of the deciding Game 3. UNC came back to win, 5-4. Then NC State beat them in the opening game at Omaha, throwing the Heels into the difficult losers’ bracket, at which point they beat LSU and then beat NC State (if you know anything about the local dynamic, this was inevitable) and the incredible Carlos Rodon. Powder-blue backs are still against the wall, though, and winning two against UCLA (which is 2-0 in Omaha, and needs just a single win to advance with its ace on the mound) on Saturday will be the toughest challenge yet. I’m psyched to see if the ongoing Houdini act continues.

Thursday, the weekly pitchers’ duel diary was all about Pittsburgh’s Jeff Locke, a guy whose peripherals seem to indicate that he’s due for a serious regression, but who keeps putting up great numbers because he’s either really intelligent or really lucky. In this matchup, we’ve got two guys with the same makeup; nothing really stands out in terms of natural tools like velocity, strikeout rate, or movement. Corbin has a particularly low BABIP of .254, which may indicate that he’s been fortunate with balls in play. Still, I left the Locke game thinking that regression wasn’t necessarily a foregone conclusion; he was a smart pitcher with great location who never gave up an at-bat (even if it meant having to walk someone) and kept everybody off-balance. Pitchers like that tend to keep everything low (this produces a lot of grounders, hence the lower BABIP), and Leake and Corbin are no exception; both rely heavily on the sinking fastball and off-speed pitches. I like watching power pitchers in the Harvey and Justin Verlander mold as much as the next guy, but there’s something about the sneaky-crafty guys that’s really appealing. They have to maximize their ability by outhinking the batter, and the battle becomes more intricate. I’m psyched for this one.

No joke, after writing this subject heading, my brain took a few leaps and I started wondering if the Reds had a weird time during the Red Scare. I mean, it was basically the worst possible insult at the time, right? And it turns out that they actually changed their name to the “Redlegs” from 1953 to 1958 to avoid the connotation. History!

I was watching Game 7 at a bar with a friend last night, and there was a Detroit fan there keeping an eye on the first game of this series. Boston was leading 2-0 in the fifth, and out of nowhere the guy stood up, said, “I don’t see us coming back from this one,” and left. It was 2-0! Detroit needed just two innings to tie the game, and in the bottom of the ninth, Jhonny Peralta did this:

This man’s particular brand of fandom was fascinating to me. If you bred Miami Heat fans for 100 years, I have to think the end product would look something like that. Anyway, this series is already off to a dramatic start, and Detroit has a ridiculous Doug Fister–Max Scherzer–Verlander rotation waiting to finish out the weekend. With the way this staff is loaded up (don’t forget strikeout mogul Anibal Sanchez), you have to look at Detroit as favorites to make the World Series, especially when you consider that Verlander hasn’t really hit his stride yet.

Now that Houston’s in the American League and the teams are split 15-15 between the AL and NL, there’s always one interleague series floating around on the schedule. This week, the randomness pays off big with Rangers-Cardinals, two of the game’s elites. The Cardinals have a definite pitching advantage (they won’t face Yu Darvish), and will have a chance to consolidate their rep as the best team in baseball. Plus, Wainwright will pitch on Sunday night, and as I noted in this post, he’s a genius. The series is in St. Louis, so we unfortunately won’t get to see Nolan Ryan crossing his arms in grumpy resignation while Wainwright deals, but we can imagine it, guys. We can imagine it.