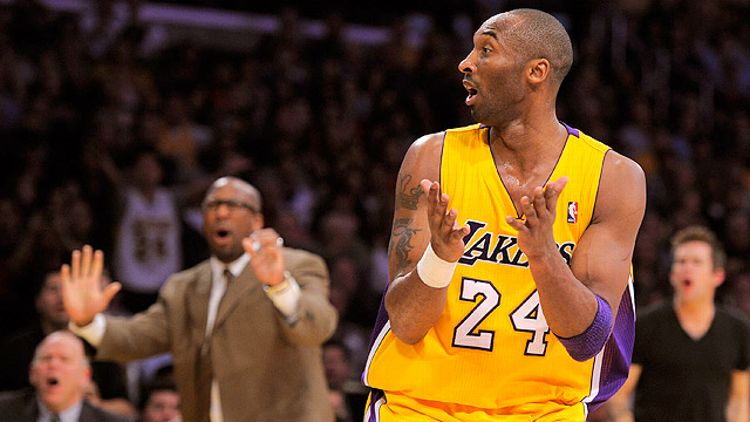 The term “rivalry” usually comes with a qualification that animosity develops over time, that a certain level of prolonged competition brings a familiarity needed to foster a deep distaste. But as bodies flew around the Staples Center floor Wednesday night, and Andrew Bynum and Pau Gasol bumped chests as the purple and gold ribbons of confetti fell after the Lakers’ 96-91 win over the Clippers, it was clear that one trade and a series of headlines are enough to make January feel like late May.

With six technical fouls, one ejection, more than a few scuffles and an unappreciated pat on the head, what transpired Wednesday between the Lakers and Clippers looked like it meant much more than one win in the West. Leading up to Wednesday night, Blake Griffin did his best to downplay the notion that this was anything more than the next game on schedule, but by the time it was over, what Griffin had tried to diffuse had become clear — when these two teams play, the game has become something different entirely

“You guys created this,” Clippers center DeAndre Jordan said. “You guys made it like that. People hear what you all say.”

After a first half mostly void of incident, the chippiness began in earnest in the second. Reggie Evans made it known early on that Pau Gasol, who had dominated the first two quarters with 17 points on just nine shots, would have to work harder moving forward. The result was a collision nearly every trip down the floor. When asked if the Clippers had taken things too far, Kobe Bryant tilted back his head and scrunched his face dismissively.

“That’s how it should be,” Bryant said. “But you’ve got to know who you’re messing with.”

Especially, Bryant said, when it’s Metta World Peace. With 7:31 left in the third quarter, World Peace pulled Griffin to the floor as the two wrestled for a loose ball. The tussle that followed was the jolt the Lakers needed. The change in World Peace’s name has come with a change in his demeanor, and Wednesday night, with a proclivity for causing trouble and a game-changing block late in the fourth, World Peace returned to form. “I talked to him after the game, and I told him, ‘That’s what we need. That’s who you are,’ Bryant said.

“’When you get between those lines, you’ve got to be the person you were in Indiana.’”

As the game wound down, Gasol and Chris Paul exchanged words near half court, and as Bryant stepped between them, Gasol placed his hand on the back of Paul’s head. Paul quickly pushed it away, retaliating with a patronizing slap of his own. Afterward, Paul made it clear that he didn’t appreciate being treated like a child, and despite falling short, that is the sentiment the Clippers can take from Wednesday night. Big brother may still be the bully, but little brother is no longer backing down.

Where the animosity has come from was clear when Bynum emerged from the showers in the Lakers locker room to a crowd of reporters and TV cameras. “Oh, we beat the Clippers, so everybody’s here,” Bynum said sarcastically, almost under his breath.

His annoyance is understandable, considering the circumstances. The Lakers have won two titles in the past three seasons, and suddenly, they’ve supposedly been supplanted by a franchise that has yet to reach a conference championship series.

One win over the Clippers with a not-quite-healthy Paul hardly alleviates the concerns about the Lakers. They continued to struggle defending the perimeter as Mo Williams scored 16 in just 23 minutes while Caron Butler shot 4-of-8 on 3s. But Wednesday night was a reminder that for all their flaws, the Lakers have been here before. In games like this one, when an elbow needs to be thrown or a statement needs to be made, they have their share of guys unafraid of the moment.