The Hamilton Papers: The Complicated Reunion of Josh Hamilton and the Texas Rangers 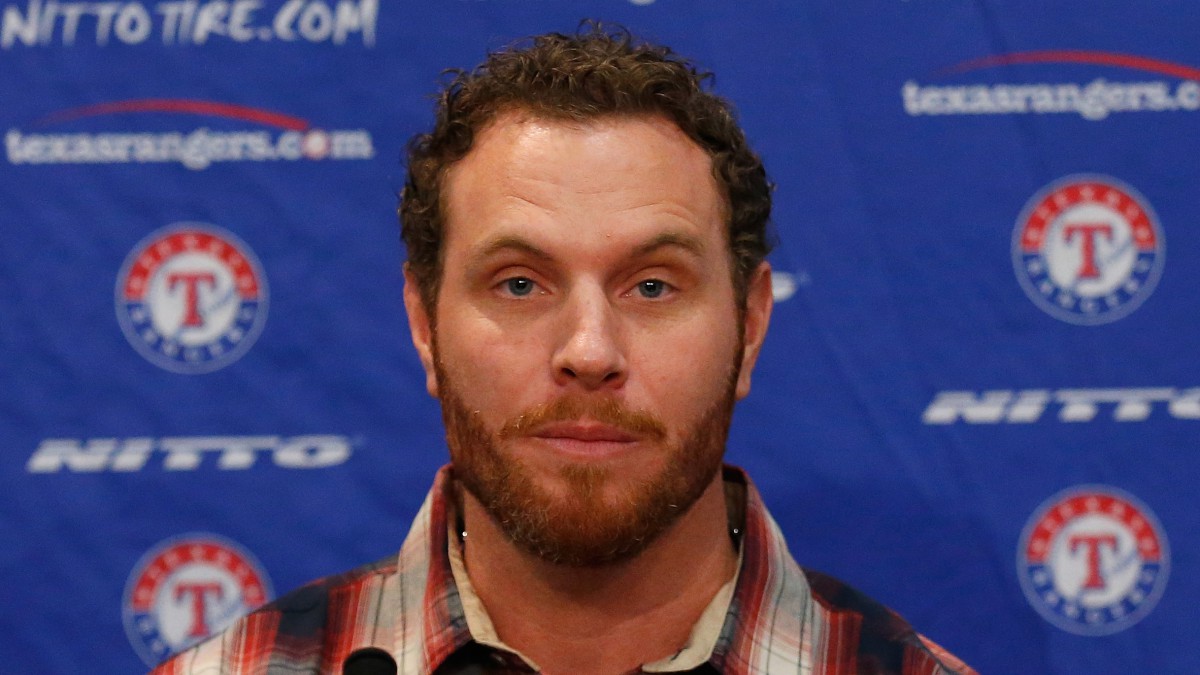 That was the sound that greeted Josh Hamilton on October 5, 2012, during his final home game as a Texas Ranger. It was the wild-card game. He went 0-4 and had two three-pitch strikeouts. “Even if you send me off with boos, I still love you,” Hamilton said afterward.

That was the sound that greeted Hamilton on April 5, 2013, during his first game back in Arlington as a member of the Angels. The boos turned to cheers when he went 0-4 again. “Where was Jesus got after the most?” Hamilton said afterward. “His hometown.”

After one of the weirdest trades of all time, Josh Hamilton is back home. The sound that greets him this time — as I hear it on Twitter and sports radio — is, well, what?

The Angels are baseball’s dartboard right now. They allegedly tattled details of his drug confession, and on Tuesday, manager Mike Scioscia burped that Hamilton owed his old teammates an apology. It was a shabby way to treat a guy who is battling an addiction.

But I can’t help but think I heard similar stuff nearly three years ago in Arlington. Not from team execs. And not with the same bullying tone. There was a near-consensus among Rangers fans, though, that Hamilton had to get out of here. He “betrayed a patient fan base that has absolved him of his many off-the-field indiscretions and his litany of weird on-the-field issues,” ESPN’s Jean-Jacques Taylor wrote in 2012. Radio host Norm Hitzges said recently, “I was stunned that the Rangers would want Josh Hamilton back at any price.” I booed him, too.

No athlete makes you reckon with the selfishness of being a fan quite like Josh Hamilton. Just about every Rangers fan I know found him incredibly sympathetic, disarmingly mortal — a guy you hope finds whatever peace is available on the waiver wire. And yet when Hamilton screwed up — after he relapsed or said the wrong thing or dropped a fly ball — we put our menschiness aside and lost our collective minds.

Hamilton is one of my favorite athletes to ever power-walk through DFW. But there’s this funny thing about him: For Rangers fans, it was a lot easier to feel protective of him from afar than it was to love him up close.

By the dawn of the ’00s, Hamilton had a bond with DFW fans that no local player could match. He wasn’t the most popular athlete, exactly. That was Staubach’s Cowboys; Aikman’s Cowboys; Dirk Nowitzki after the ’11 title; maybe even Jordan Spieth, should he continue his current glide path.

But Hamilton’s bond was unique in that it was religio-cultural. He wore his Christian faith on his sleeve. The normal measure of ballplayer lovability is which guy you’d most like to have a beer with. Hamilton, with his mantle of sobriety, was the guy you’d most like to sit next to at church. (“Take a moment and greet the slugger next to you …”) The only player whose Red State warm-up fit as snugly was Nolan Ryan, who once wrote that he wanted America to finish the job in Iraq like he’d finished it on the mound.

But we were talking about 2012, when the people who adored Hamilton slowly began to turn on him. There were several factors. After telling his story of addiction and recovery for years, Hamilton relapsed in 2009. He relapsed again in 2012. The latter incident occurred at a Dallas bar, and now involves an enormous amount of sexual mythology. Look it up.

In the last game of the 2012 regular season, against the A’s, he dropped an easy fly. The Rangers lost the game and the division. In the wild-card game against the Orioles, Hamilton was booed.

A Fort Worth Star-Telegram columnist quoted a team official saying Hamilton wasn’t coming back “even if he wants to play here for free.” Ironically, at least from the Rangers’ point of view, this is basically what Hamilton is doing now.

That offseason, Hamilton took a five-year, $125 million deal with the rival Angels. He apparently signaled that he’d give the Rangers a chance to match the offer. He didn’t. Then Hamilton told a TV station that Arlington wasn’t a “true baseball town” — a fairly accurate description, but one that sounded pretty lousy at the time.

Today, none of this seems all that bad. It’s like the emotional pendulum you find with every difficult athlete. But at the time, it felt maddening, a sensation that was probably magnified by the Rangers’ near-miss of a title in 2011. In the span of a few months, Hamilton had cannonballed off the dais occupied by Roger Staubach, Troy Aikman, and Dirk. Now, he was another Roy Tarpley — an unbelievably talented, alluring addict who was always going to break your heart.

What made Hamilton so frustrating? With each of his successive fan bases, an odd thing happened. They thought, We’ll be the ones to show the guy the love he needs. And then — after Hamilton relapsed, said the wrong thing, etc.; after the love had petered out — they thought, Well, we’re awfully nice people, so this one must be on Josh.

It was an unstated but important part of Hamilton’s Rangers mythology that Texas had cared for him in a way that Tampa Bay, the team that drafted him, could not. Similarly, when Hamilton signed with the Angels, the Rangers became the ingrates. “We were with them for five years,” Hamilton’s wife, Katie, said later. “If you date somebody that’s gonna be your man or woman, you make it official. They let us date other teams.” Of course, the Rangers thought they’d bent over backward for Hamilton, devoting whatever mental energy they had to keeping him in the right frame of mind.

Now, the Angels are the heavies, the team that stiff-armed a broken man in need of help. And, to be clear, the Angels actually did. Arte Moreno took the kind of suggestion some idiot makes on sports radio and made it a formal ownership strategy.

But you can already see Rangers fans re-chalking the moral foul lines. Don’t worry, they say, Hamilton comes with no financial risk. (He will cost the Rangers something like $7 million over three years.) If he screws up again, they’ll cut him. In other words, the Rangers can push away a troubled individual in the middle of his contract just like the Angels did. Putting aside that the Angels didn’t want to pay Hamilton, why is one act OK and the other the ultimate treachery?

My pal Jamey Newberg, who writes a Rangers newsletter, suggested that Hamilton ought to apologize. Indeed, Hamilton began his introductory press conference on Monday by admitting he’d said “dumb things.” He added, “I’m not going to sit here all day to try to clarify all the things I said, because we’d be here for a while.”

But do Rangers fans deserve an apology? Or are we pulling a Scioscia — tending to a two-year-old flesh wound when we ought to be worrying about what’s going on in Hamilton’s mind?

To root for Josh Hamilton is to hug a pal who you know will eventually disappoint you. If Hamilton finds an ounce of his former power, Rangers fans will lose their minds. Chuck Morgan will cue up the theme from The Natural. But there are some emotions to sort through before that — and they’re no less real just because they’re uncharitable. When Hamilton steps into the box at Globe Life Park in a couple of months, I suspect the first sound that greets him will be a cheer — but an incredibly conflicted one.