Stronger Together: Why Reuniting Might Be Just What Josh Hamilton and the Rangers Need 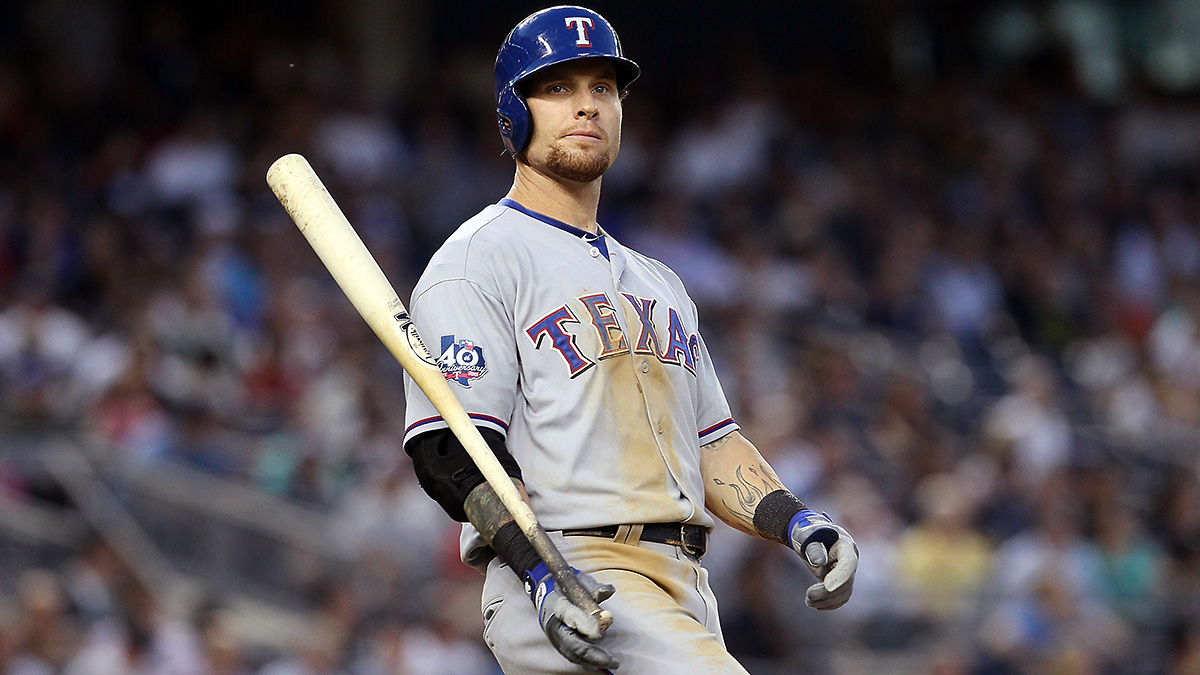 Midwinter has been an arduous time for Josh Hamilton. Since he got clean in 2005, Hamilton has suffered three reported relapses: the first in January 2009, the second in January 2012, and the third in or around January 2015.

Had it not been for his relapse with alcohol in 2012, Hamilton might never have left the Texas Rangers. Late in 2011, the outfielder — whose walk year was about to begin — had expressed his desire to sign an extension before Opening Day. Months later, Rangers GM Jon Daniels was still negotiating with Hamilton’s agent, Michael Moye, when Moye relayed the news of Hamilton’s alcohol use. The sides agreed to table the talks so that they could focus on Hamilton’s health. Later that year, Hamilton reached free agency and turned down a shorter deal with the Rangers in favor of a five-year, $125 million offer from Anaheim. The relapse wasn’t the Rangers’ only reason for reluctance to spend Angels money: With his second-half struggles just behind him and his 32nd birthday just ahead, Hamilton was clearly an iffy investment, relapse risk aside. Teams are better at evaluating their own players’ future production than they are at evaluating their opponents’,1 and after six extra months of reconnaissance, the Rangers saw a minefield that Angels owner Arte Moreno missed.

Now, Hamilton is reportedly returning to Texas because of another relapse, one that seemingly so displeased Moreno that the Angels owner is willing to swallow almost all of the $83 million remaining on Hamilton’s contract to send the 2010 MVP to an AL West rival. Hamilton will eat several million dollars — as many as he’ll save thanks to Texas’s lower state income tax — leaving the Rangers responsible for a mere $7 million or so through 2017. Hamilton will also gain an opt-out clause after 2016, which there’s no way he would exercise if not for the big buyout that some sources say is attached.

A Hamilton homecoming makes sense, but not solely because Texas was the site of his happier days. It’s also because no other team has had a more Hamilton-like trajectory over the past two years. He and the Rangers are right for each other because they’ve both fallen very far, very fast, and they’re both looking for something, or someone, to slow their descents.

The last time they were together, Hamilton and Texas were at the top of the game. Despite his problems with plate discipline (which the outfielder blamed on giving up chewing tobacco and overconsuming caffeine), Hamilton was one of the 15 best hitters in baseball in 2012, tied for second in the AL home run race behind Triple Crown winner Miguel Cabrera. The Rangers, coming off consecutive pennants, won 93 games before falling in the wild-card game. Heading into 2013, Hamilton got a raise to go to the Angels, and the Rangers were still a popular pick to win the West.

Then the downfall began, though it was stealthy at first. In 2013, Hamilton avoided the disabled list and any off-the-field trouble, but his bat never clicked: In the same number of plate appearances he’d had in 2012, his home run total more than halved. The Rangers won 91 games, but they missed the playoffs after a 12-16 September, which included a loss to Tampa Bay in the wild-card tiebreaker.

Last season, the collapse came. Hamilton lost 48 games after thumb surgery in April and missed most of September with shoulder and chest soreness. He returned in time to go 0-for-13 in the ALDS. The Rangers, widely regarded as a model organization, sagged to 67-95 amid a historic injury stack. The trouble hasn’t abated: Both the Rangers’ and Hamilton’s injury issues have extended into a second season. In 2015, both parties are afterthoughts, a talented team and a talented player whose bodies have betrayed them.

Unlike the last time they traded for Hamilton, the Rangers aren’t expecting an “impact bat,” but they might get a better one than the Angels did. In the past two seasons, Hamilton hit .241/.299/.362 in Angel Stadium and .268/.331/.483 on the road, with 68 percent of his doubles and home runs coming away from Anaheim. Recent renovations may have made Globe Life Park a less favorable offensive environment than it was during Hamilton’s time with the Rangers, but compared to Angel Stadium, it’s still a far better fit for left-handed hitters, as FanGraphs’s 2014 park factors reveal:

Moreover, the 7-11 Rangers, who are hitting .211/.301/.328 as a team, have a hole where Hamilton plays. Rangers left fielders ranked 25th in wRC+ from 2013 to 2014, as the team tried to replace Hamilton with David Murphy and free-agent bust Shin-Soo Choo. This year, Rangers left fielders rank 26th with a 60 wRC+, thanks to a predictably slow start by Jake Smolinski and an injury to Ryan Rua, who’s still wearing a walking boot as he recuperates from a heel fracture and a severe ankle sprain. Without Hamilton, the Rangers’ production at the position probably wouldn’t improve: The team is tied with the Braves for the worst WAR projection in left:

The Angels, of course, could’ve used Hamilton too. Only the Reds, who haven’t had a left fielder hit well since 2012, have received a lower wRC+ from the position than the Angels this season, even though that won’t continue — the slumping Matt Joyce projects to hit roughly as well as Hamilton, from the same side of the plate. Anaheim’s DH issues aren’t going away, either. C.J. Cron and Efren Navarro have combined to give the Angels the ninth-ranked DH production in the AL, and their replacement-level rest-of-season projection is the worst in baseball — worse, even, than those of NL teams, which aren’t designed with the DH in mind.

Platooning Hamilton and Cron could have added a vital win or two to a team with less than 50-50 odds to make the playoffs, but Moreno has made his decision. His disappointment is understandable, but the player he signed had struggled with addiction for more than a decade and had relapsed most recently less than a year before Moreno made him an Angel. It’s perplexing that the owner regarded a preexisting condition as a personal affront. Perplexing, and possibly harmful: A loss of support from one’s family and friends is a risk factor for relapse, and a loss of support from a prominent employer can’t have made Hamilton’s last month any easier. Hamilton’s behavior wasn’t a problem for the players, who were more upset with management’s reaction than they were with their (still technically) teammate’s transgressions. Nor is there any indication that Hamilton’s Texas teammates will mind having him around.

The Rangers’ front office, in contrast to Angels ownership, has acted more like an ally than an adversary throughout Hamilton’s fight for survival and success, but the fact that Texas is seen as a more supportive environment still says more about the Angels’ response to Hamilton’s slip than it does about Arlington. Rangers fans booed Hamilton in his final weeks with the team — before he committed the ultimate sin of taking more money from a division rival and negged Dallas about not being a baseball town — reprised that performance on his road trips to Texas, and applauded when Daniels downplayed the possibility of a reunion earlier this year. Under the circumstances, one would hope that Rangers fans will forgive past slumps and slights and greet Hamilton as a returning hero — or, failing that, as an upgrade over Smolinski, which is worth a warm reception on its own. Hamilton will need the help. Stress is another risk factor for relapse, and it’s hard to imagine a more unsettling situation than the one that lies ahead of him: He’s divorcing his wife, selling his house, and rehabbing both physically and emotionally as he prepares to perform in front of a national audience that knows about a personal setback that was supposed to be secret. But at least he’ll have baseball.

After Hamilton signed with the Angels, Fort Worth Star-Telegram columnist Mac Engel argued that the Rangers hadn’t been sincere about bringing him back. “The Rangers may have said they wanted Josh, but don’t buy it,” Engel wrote, adding, “What they wanted was Josh Hamilton on their own terms.” How this differed from the way teams always operate was unclear: Whenever a team says it hopes to sign someone, there’s an implied “at an acceptable price.” Hamilton has depreciated to the point that his price was impossible to pass up, but his new team’s stock has sunk just as low. He and the Rangers have been two of baseball’s saddest stories since they broke up; getting back together won’t salvage the seasons they spent apart, but it could be a positive step.