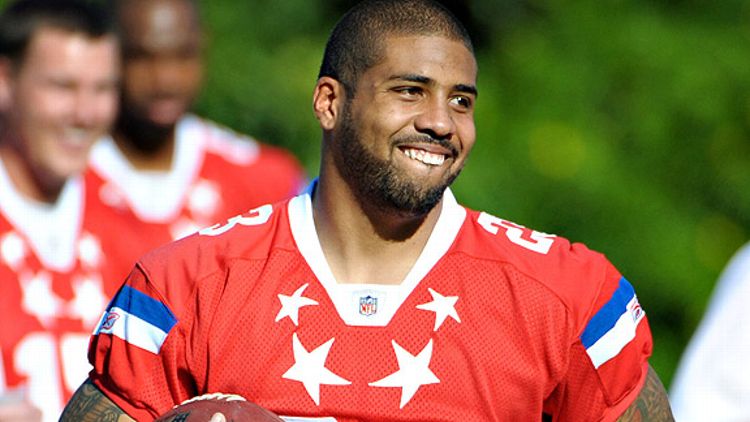 By all accounts, Arian Foster is something of a new-age goofball. His father actually named him after the Age of Aquarius, he majored in philosophy at Tennessee, he writes poetry, and he named his child Zeniah Egypt, in part because of his high regard for Discovery Channel programming. He is not the prototypical NFL mercenary, and so perhaps we should not have been surprised that Foster tweeted this spiritual observation about a hamstring injury that could keep him from playing in the Houston Texans’ season opener:

4 those sincerely concerned, I’m doing ok & plan 2 B back by opening day. 4 those worried abt your fantasy team, u ppl are sickless than a minute ago via Twittelator

Now, let me preface this by restating a truism that needs to be posted on billboards and sports blogs in 72-point type, like a surgeon general’s warning:

While I’m at it, here’s a hot tip for your fantasy football draft: Nobody knows what they’re talking about. We are all just guessing, grasping at hunches, relying on our biases and on past performance as an indicator of future results. There are no experts in this world (apologies in advance, Mr. Berry.)

A couple of years ago, I drafted Steve Slaton in the second round. He seemed like a safe pick at the time. Now Steve Slaton is one roster move away from joining the Edmonton Eskimos. Nobody will draft Steve Slaton, and nobody cares about him, because Arian Foster took his job. This is the way football works, and this is something we are all acutely aware of in the era of fantasy sports; It’s just that nobody can predict when or how it might happen. Which is why, even as Foster rages against the commodization of his statistics, he should also be thankful. Because nothing has heightened our understanding of the notion that football players are disposable cogs quite like fantasy football.

It used to be that we demanded loyalty from athletes. If someone like Chris Johnson held out for extra cash, he was motivated by greed and selfishness. Now the opinion of Johnson’s holdout appears to at least be mixed (and if you are a fantasy football owner who disapproves of Johnson’s holdout because he is on your roster, go ahead in revel in your hypocrisy — I’ll wait). Part of this is due to the growing realization that football is violent and unsustainable, that even a running back of Johnson’s caliber likely won’t peak for more than five years before his body begins to break down. But could all this emphasis on fantasy football — on the notion that individual performance is an increasingly fleeting commodity — be altering our opinion as well?

Foster, currently being paid the league’s third-year minimum, chose not to hold out for more money this summer. Maybe this was an unselfish decision, or maybe it was a mistake. Maybe Foster should just accept that even if he is living in the Age of Aquarius, the rest of us are increasingly focused on our own sick preoccupations. He might as well take advantage of it while he can.

It is depth-chart week in college football, which means coaches are doing all they can to convey information to the public without actually conveying any information at all. Take the scene in East Lansing, Mich., for example, where Mark Dantonio — a disciple of noted open-records advocate Jim Tressel — has delivered a two-deep with eight “ors” among the 22 starters, as well as one at long snapper. Now I understand that for most FBS teams, next week is essentially the start of the exhibition season, and that coaches enjoy utilizing the depth chart as a motivational ploy rather than the document of record it is meant to be, but what is the harm in naming a long snapper? Is there a chance Youngstown State will utilize some esoteric punt-blocking scheme if the Spartans choose to start Steve Moore over Matt Giampapa? Any coach who uses “or” more than four times on any depth chart should be strapped to a chair and subjected to a Ludovico Technique involving repeated viewings of this.

Just as Jon Krakauer did in Where Men Win Glory, Amir Bar-Lev recognized this is not really a tale about football or politics or war; this is a tale about the power of American mythology, and how desperately we want to make heroes out of people who never asked for that recognition in the first place. Also, Richard Tillman’s profanity-laced eulogy for his brother is one of the realest moments you’ll ever witness on film.

Because there is no greater example of our culture’s ability to mythologize through nostalgia than the idea that a decade of hypertabloidization and overengineered bobbysox-and-spandex pop is the equivalent of a “lifetime achievement.” And I realize getting angry over Britney in 2011 is like getting mad about the existence of blogs, but at least Mike Damone could have slipped her a couple of Cheap Trick ducats along with that peck on the cheek.