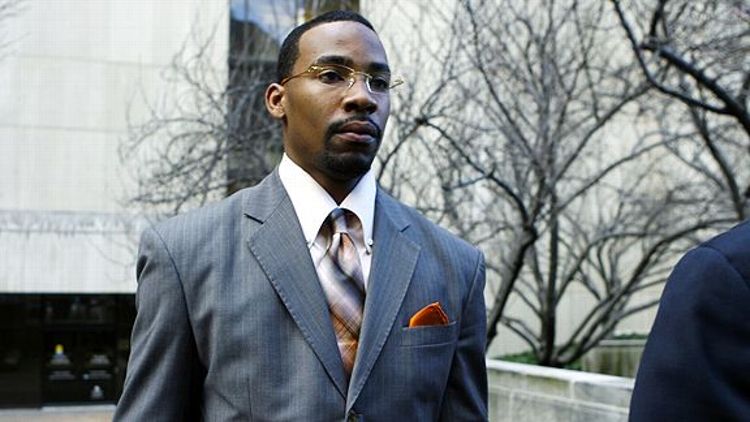 Javaris Crittenton has never been high on my list of people to pen an essay about. I mean, if I’m going to dedicate 500 words to a point guard who didn’t exactly pan out, you know it immediately becomes Tamir Goodman Hour.

The more I think about it, though, the more I realize how much I have to say about our respective journeys to 2011, especially in light of this month’s events.

A few days ago, former Georgia Tech standout and ex-Washington Wizards point guard Javaris Crittenton was charged with the murder of Jullian Jones, a mother of four. He was arrested earlier this week. His attorney says Crittenton isn’t guilty.

This is the same Javaris Crittenton who was named “Mr. Georgia Basketball” in high school, went on to Georgia Tech and started for the Ramblin’ Wreck his freshman year, got them to the NCAA tournament, began dating a beautiful girl from one of my rival high schools, and was eventually drafted by the Los Angeles Lakers. In circumstances like these, when people my age are succeeding at a shockingly more rapid pace than I am, my instinct is to get pretty upset. I become a complete hater, to be precise. Watching Crittenton’s life unfold, though, I couldn’t help but be proud of my fellow ATLien and give credit where credit is due. He actually made it. He was truly living the dream, that being the dream of the majority of black 12-year-old boys in Atlanta — playing high school basketball, playing college basketball, and maybe making it to the NBA. Unfortunately for 99.5 percent of us, the year we had that dream was the year we peaked athletically. Not Javaris. He, along with Dwight Howard, Louis Williams, Josh Smith, and Randolph Morris, were that .5 percent of my generation.

I say basketball, but in Atlanta, it extends beyond just one sport. Atlanta should never be described as “basketball country” or “football country.” It’s a place full of young black boys who become convinced that they are the next big thing. This happens in basketball gymnasiums, in football weight rooms, in tennis centers, on driving ranges, and in baseball locker rooms throughout the city at an alarming rate. While there is some good in this, I’ve more often than not witnessed the other side — the negative side effects of the “meal ticket” philosophy of child-rearing.

I grew up playing tennis and basketball in Atlanta. At 13, I was being told by coaches and strangers alike to pick one sport or the other, so as to start my ascension toward some sort of athletic profession. Although I never fully chose one, my 5-foot-3 frame was pushing me toward tennis. Once this happened, I entered a world where, for those around me, there was no Plan B. The only option was “making it.” In the eyes of that teenager — and in large part to coaches, parents, and community members — discussing what might happen should the plans not work out was a waste of time.

Homeschooling became the standard practice, because education, too, fell in the category of things that weren’t a Plan B. As the years went on and I remained in school, continued juggling two sports at an increasingly below-average level, and started spending way too much time hanging out on the weekends, my once-high level of arrogance toward my athletic abilities began to crumble, while my former peers who were seemingly en route to making millions became almost unapproachable.

Looking back, the greatest product of the Atlanta black sports factory is not success by any stretch of the imagination. Quite the contrary, it’s arrogance and delusion. The majority of the kids I grew up playing tennis and basketball with did not make it. Those once-phenoms have been forced to come back down to earth and finally consider Plan B. While I faltered athletically before I ever attended a prom, and many of my peers didn’t falter until their late teens/early 20s, Javaris Crittenton didn’t hit an athletic speed bump until he had already found some level of professional success. I can’t imagine getting that far without screwing up, to then ultimately not truly pan out, after a decade of being told you were the next big thing and continuously proving them right. I’d be furious, I’d be confused, I’d be depressed, and I wouldn’t know how to handle it.

While Javaris and I did have semiparallel lives in Atlanta (both former AAU Atlanta Celtics players, both high school point guards in the same league, both 1987 babies), I never knew the guy and wouldn’t begin to speculate what caused him to allegedly shoot another person. What I will say is that coming to grips for the first time with your imperfections as a 23-year-old is much different than that happening to you as a ninth grader. And it sucks as a ninth grader, so I can’t imagine how it must feel for a grown man.

Tragedies like this are always confusing, but when it’s someone who easily could have shared the same grocery store, the same church, the same activities, and even some of the same friends as you, it’s almost impossible to look at yourself, look at him, and not wonder “Where did he go wrong?”