The Ghost of Jim McIlvaine 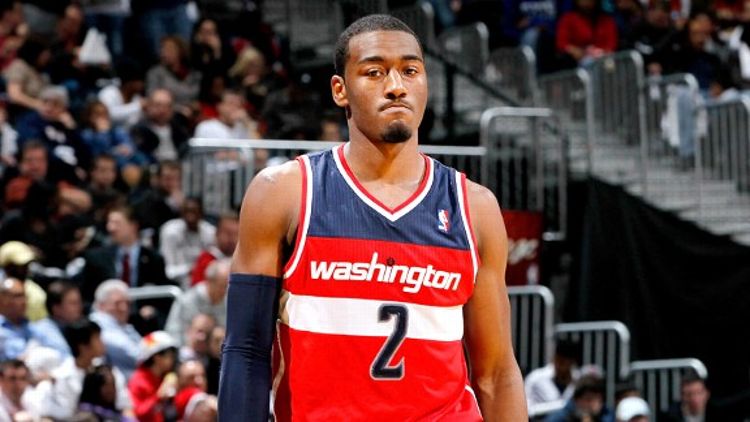 This is the first installment of a fairly regular check-in with the worst team in the National Basketball Association, and possibly life. The author may or may not be receiving compensation in the form of food.

Vol. 1: Five Things the Washington Professional Basketball Team Can Do to Build on This

Oh sweet relief. After two full days of deserved wicked pixels from local and national outlets for Sunday’s lifeless no-try against the T-Wolves, the Washington Professional Basketball Team avoided at least one historical stink-stain (pop the cork, New Jersey/Brooklyn, 0-18 is safe!) by conquering the Toronto Raptors on Tuesday night. This was Toronto’s fourth game in five nights, you say? KEEP THE WICKED PIXELS TO YOURSELF!

Fine, I will explain the wicked pixels. Blessed are the owners who blog. A reading from the Book of Leonsis the Wise:

“Rebuilding is a hard ship — I understand that — I am not wired to “smile” through it — I am just a realist — and have experience in rebuilding a team before — I understand that the process is a difficult one. I know that the media will pummel us with wicked pixels — the media reaction to a rebuild and poor performances and the mistakes that young players make — is a major reason that many teams that need a makeover or a rebuild decide to not pursue this course of needed action. It hurts. The short term pain of public opinion generated by the media is too harsh to take. But then again; if you have a veteran laden team that loses and there are a lot of those out there too — the media will pummel you as well. This all comes with the territory — no pain, no gain.”

I like Ted Leonsis, but that has to be one of the dumbest things ever written on Al Gore’s creation. It’s been all pain and no gain so far. We hate this team. There are still 57 games to go for the Dubya Pees, which means 57 more opportunities for extraordinarily awkward leadership moments (“I’m your captain! Let me tell you where I want the ball! I only finished half the book on leadership qualities!”), overlooked lineups (what did Roger Mason ever do to you, Flip?), and unsmiling play from the alleged cornerstone of the franchise. We also have the worst name in sports. The “Wizards”? This happens to be the power seat of the world, not motherf—ing Hogwarts. That’s why I call them the Washington Professional Basketball Team, the Dubya Pees, Les Boulez, or anything but the “Wizards.” Add everything up and it stinks to be a WPBT fan.

Could Tuesday night’s win have been the beginning of something? Entering this shortened season, only three big-picture goals made sense for the WPBT: Do not win many games; do not alienate or otherwise delay the progress of your franchise-cornerstone point guard while not winning many games; do not make your fans feel like colossal idiots for spending hard-earned (and scarce) entertainment dollars on a product that is admittedly undergoing a rebuild and not winning very many games (or, until Tuesday night, any). For two-plus weeks, the team’s progress on these goals mirrored its shooting percentage: one-for-three. Ooof.

Against the Craptors, we did see a glimmer of … well, something … that may make life for WPBT fans tolerable this season. Here are my five recommendations for building on last night’s rip-roaring success:

1. Let the young fellas play. Play them together occasionally. And let’s cook up a cool nickname while we’re at it.
Tuesday night, Trevor Booker and Chris Singleton started in place of Rashard Lewis and “Captain” Andray Blatche, and rookies Jan Vesely and Shelvin Mack were given extended run. It was interesting and fairly exciting because all four guys play hard (even if it was unpolished). If the theme of this season is growing pains (and pain), why don’t we get a healthy dose of run from these dudes to see what they bring to the table? Why can’t we see if there is some chemistry lurking among them that might complement our unsmiling franchise-cornerstone point guard? I know I’m not the only one who had Wall-to-Vesely alley-oop dreams last June. As for a nickname, we’ve got a Mack and a Book and a kisser and a guy with a tremendous goatee. And it’s a crew that should be prepared at all times to do the dirty work. I’m floating “Dirty Apple Goatini.” But I’m open to suggestions.

And let her grade the kisses. The single best moment the franchise has enjoyed in eight months was Vesely’s kiss at the draft. We ought to run that sucker into the ground.

3. Keep Flip Saunders as coach all season.
Remember, big-picture goal no. 1 is to not win many games. By all indications, the upcoming draft is STACKED with potential difference-makers. Especially big guys who — when paired with our franchise-cornerstone point guard who is possibly-the-fastest-end-to-end-dribbler-in-the-league — could make sweet, sweet inside-outside music. I find this very appealing. Which is why Flip, with his … ummmm … curious starting lineup mixes and rotations, is PERFECT. Let’s keep these guys guessing all season! Yes, it would be nice for the young guys to find a little chemistry, especially the Dirty Apple Goatini, but let’s not get crazy. Like Teddy said, this season is about pain. I can think of no better torturer than Flip.

4. Make Andray Blatche wear a disguise. Or trade him for whatever you can get. Right now. Today.
During Sunday’s debacle against Minnesota, WPBT beat writer Michael Lee tweeted, “As Andray Blatche went to scorers table to check in, fans nearby begged for him to sit. ‘Don’t do it, Flip!’ Others screamed, ‘No!'” I have been consuming Washington sports for nearly four decades; I can’t remember any other local athlete receiving more open hostility from Washington fans. Yes, this includes Fat Albert Haynesworth. ‘Dray may be a perfectly decent guy who has the bad luck of immediate and very public disclosure of all of his self-defeating decisions. But he’s worn out his welcome here. And then some. He needs to leave. This ain’t the wicked pixels talking. Andray Blatche needs to go.

And by the way, I hate agreeing with Simmons on anything, but I now agree with Simmons: Rashard should have been amnesthized before this season. Even if WPBT came up unsuccessful, taking a run at young guys with demonstrated basketball skill sets like Arron Afflalo, Kris Humphries (yeah, I said it), and Wilson Chandler (if he’s ever freed from China) would at least have given us a sense of progress and an indication of where we’re headed.The worst-case scenario of amnesthizing him? Getting free cap space in place of an actual uniform-wearing body on the court, which is not terribly different from the current production out of ‘Shard (a uniform-wearing body and that’s it). The “let’s be patient and take our lumps this season” shtick got shockingly old, shockingly fast. Give the people some hope, Teddy. Or we’ll keep pummeling you with those wicked pixels.