The Five Players Who Could Revamp the Spurs’ Title Chances 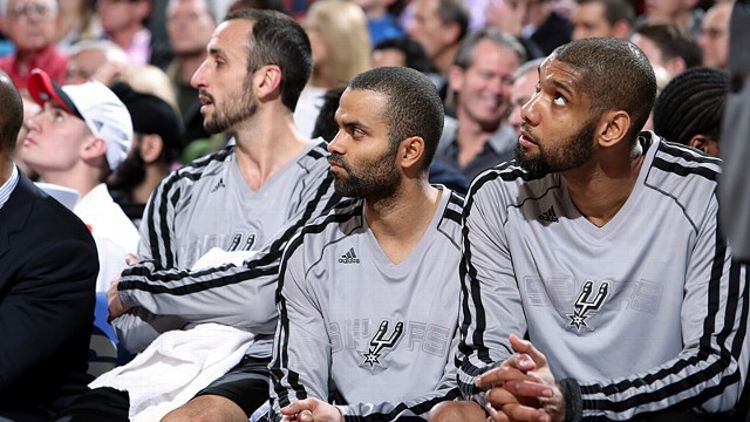 Not much has changed for the Spurs in the past year. After steamrolling through last year’s compressed scheduled on the backs of their aging stars, only to fall to Oklahoma City one round short of the Finals, the Spurs’ brass opted not to make any significant changes to their roster. In some ways, that decision seems to be paying off.

Much like last season, San Antonio is cruising through the regular season, with a 29-11 record and the league’s third best scoring margin (+8.1). Just like it’s been for more than a decade, the Spurs rarely beat themselves. They’re 14-1 against sub-.500 teams, playing the same mistake-free game that led them to four championships between 1999-2007. The difference is that, back then, not beating themselves was enough. Now, the Chris Pauls and Kevin Durants of the world have changed things. With this roster, in this NBA, the Spurs just aren’t good enough.

What separates San Antonio from the true title contenders in the West is that the NBA’s athletic teams — like the ones led by Paul and Durant — tend to make life very difficult for its relatively unathletic teams (By NBA standards, Kawhi Leonard is the Spurs’ only top-tier athlete). Against what would arguably be the most athletic squads in the Western Conference — the Nuggets, Clippers, Grizzlies, and Thunder — San Antonio is just 4-5.

Even more worrisome is the fact that the Spurs have been blown out by both the Clippers and Thunder on the road. San Antonio’s chances in a playoff series against either team weren’t great to begin with, but should the Spurs finish no higher than third in the conference — which would ensure home-court advantage in only the first round — those odds get considerably worse.

This good-but-not-good-enough status leaves San Antonio in a predicament. The team could choose to show respect to the old guard and let the Duncan-Ginobili-Parker trio chase Finals glory one more time, or the Spurs could buck nostalgia and seek to make a deal between now and the February 21 trade deadline.

Thanks to a series of shrewd moves by their excellent front office, San Antonio is well-positioned to make a major move in the coming weeks, should they choose to do so. They have a large expiring contract (Stephen Jackson), a good big in his prime (Tiago Splitter), a desirable young player on a cheap deal (Kawhi Leonard), an intriguing young prospect (Nando de Colo), and a full allotment of first-round picks.

One potential option that’s sure to be a sensitive topic around San Antonio is trading Ginobili. Though the Argentine is revered by Spurs fans, the 35-year-old guard might be playing his last season of NBA basketball. Given his production and $14.1 million expiring contract, Ginobili could be an attractive asset for a team looking to gain financial flexibility.

Finding the ideal pieces could prove difficult, no matter what San Antonio has to barter with. The productive frontcourt athletes the team needs to boost their championship aspirations aren’t as common and attainable as most would think. There are a few, though, and
after scouring the league’s rosters, here are five players who can both realistically be acquired with the assets the Spurs have and truly change the team’s competitive ceiling.

Though Atlanta GM Danny Ferry has maintained that he’d like to keep Smith with the team long-term, a deal involving the young, promising, and inexpensive Leonard and Jackson’s expiring contract might be enough to pry him from the Hawks. Smith’s athleticism would be a tremendous fit next to Duncan on the Spurs’ frontline, and his ability to check both Durant and Griffin could change the Spurs’ fortunes come playoff time.

It seems as though the Hawks and Spurs are destined to do business with each other. Pairing Horford — whose contract runs through 2016 — with Duncan in San Antonio would make the Spurs a true defensive force. With Horford, the team would match up perfectly with the gargantuan Clippers frontline of Griffin and DeAndre Jordan come playoff time. But unlike Smith, Horford’s presence might not help much against a Thunder team that likes to go small with Durant at the 4. This is the one deal, though, that might require the Spurs to part ways with Ginobili to make it work.

The Spurs have thrived over the years precisely because they typically avoid dealing with talented but troubled players like Cousins. Any deal involving the volatile big man would likely involve the team taking back a bad contract or two — another atypical Spurs move — but the Cousins deal just might be worth it. His combination of size, power, athleticism, and skill is second to none, and if Duncan, Popovich, and the Spurs’ winning tradition are able to bring out the best in Cousins, it could shift the balance of power in the West — not just this season, but for years to come.

Much like Smith and Cousins, Gay’s inconsistent motor makes him another unconventional target for an organization filled with blue-collar workers. (That said, off the court, Gay is a high-character guy who does fit the Spurs’ mold.) With Memphis seeking financial relief, the Leonard/Jackson combination and some additional cap fodder (like DeJuan Blair) might be enough for these two teams to make a deal. Gay would give the Spurs the type of athletic wing scorer they’ve never had while also allowing them to easily match the Thunder’s small-ball lineups. If Popovich and company can put Gay in good spots and help him find a consistent energy level on a nightly basis, it could push the Spurs — and Gay — to new heights.

While Young doesn’t have nearly the offensive potential of Gay and Smith, he’s quietly proved himself be a terror on the defensive end of the floor. Young’s athleticism makes him the ultimate pick-and-roll defender at the 4, and despite his slight build, he’s proved capable of holding his own against bigger power forwards down low. It’s hard imagining the Sixers giving up such an attractive asset, but dangling Ginobili and a few pieces for the future might be able to sway de-facto GM Doug Collins into parting ways with his young, athletic forward.