The Eroding Legacy of the 1996 Olympics in Atlanta 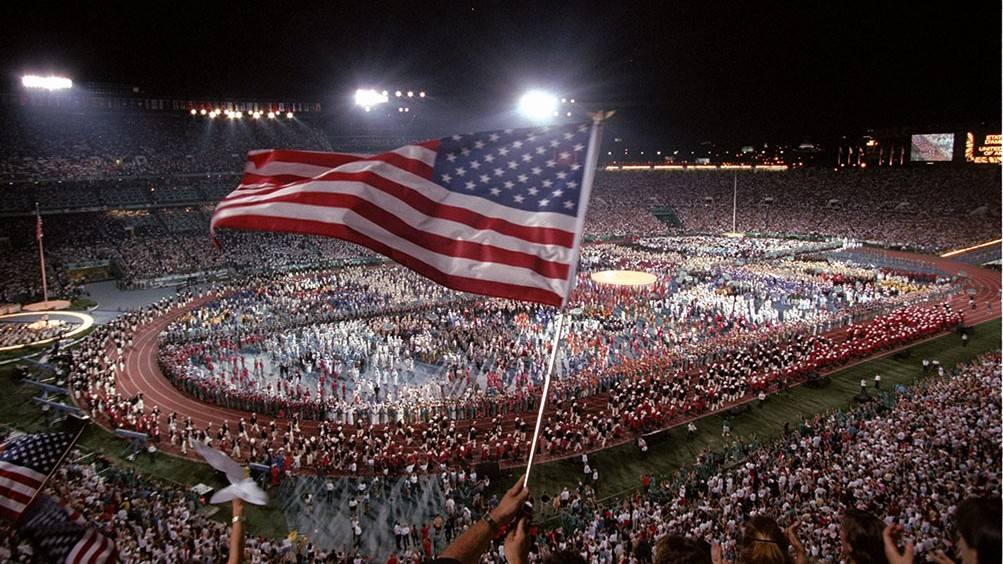 Did the Atlanta Olympics actually happen?

There was that Louisiana Purchase–esque steal in 1990, with the Georgia capital advancing to the final round of bidding for the 1996 games, and then beating out Athens — site of the first Summer Games and the most likely choice for the centennial celebration — in convincing fashion.

That actually happened. Two black mayors and the current chairman of Augusta National Golf Club (with the help of many others) convinced the International Olympic Committee to let Atlanta, Georgia, host the Centennial Olympic Games. Again, that happened in real life.

And then, six years later, an Olympics actually happened. One with iconic moments, some specific to particular sports, others extending far beyond the scope of athletics.

Kerri Strug landed a vault on one foot to clinch the gold medal for “The Magnificent Seven,” the first for the United States women’s gymnastics team, and then was famously helped off by coach Bela Karolyi. That’s Olympic lore. And that happened in Atlanta.

Michael Johnson won the gold in the 200 meters and 400 meters. And set Olympic records in both. And did it in gold shoes. That happened in Atlanta.

The previous Summer Games in Barcelona produced one of the most dramatic opening ceremony moments in history, with Paralympic archer Antonio Rebollo lighting the cauldron.

And somehow, in 1996, this moment was eclipsed. With the secret unveiling of the Olympic torch lighter, Muhammad Ali.

Ali, standing proudly with the torch in his right hand, his left arm shaking from the Parkinson’s disease that had unfairly stripped him of his otherworldly strength, speed, and agility, gave these Olympics its crowning moment before the Games even began.

And that happened in Atlanta.

One of John Williams’s greatest works, “Summon the Heroes,” was created for the Games, as was Gloria Estefan’s Grammy-nominated “Reach.” There was Jackie Joyner-Kersee. And Dan O’Brien. And Carl Lewis. And Karch Kiraly. And gold medals for the United States in the inaugural women’s soccer and softball competitions. And the first independent Olympics for 11 ex-Soviet nations, as well as an independent Russian team for the first time since 1912. There were an overwhelming number of feats to celebrate in these games. And they all happened in Atlanta.

But so did that bomb. Three pipe bombs, to be exact. And with that bomb, a city’s relationship with its own Olympic Games forever changed.

What developed, however, wasn’t an overt display of mourning. Quite the opposite, in fact. A walk through Centennial Olympic Park in 2014 doesn’t actively remind you that this is a place where one woman, Alice Hawthorne, was killed; a Turkish cameraman, Melih Uzunyol, suffered a fatal heart attack; and another man, Richard Jewell, had his life ruined when he was wrongfully accused as the Olympic Park bomber.

Looking back, even something as monstrous and newsworthy as a bombing, one occurring only days before the Olympics, can get lost among a tumultuous era’s tragedies. The real culprit, Eric Robert Rudolph, was found in the North Carolina woods seven years later — after 9/11 — when domestic fears of the high-profile Ted Kaczynskis and Timothy McVeighs had given way to fears abroad. And while events beyond the city’s limits aided in making the event fade away, at home there also seemed to be an attempt to sweep the bombing under the rug. And the best strategy for doing this was to sweep the entire Olympics under that same rug. Because, from here until eternity, that bomb and our Olympics would forever be connected.

But the stain of that bombing can never truly be erased, by way of infrastructure or selective memory. And because of that, it still haunts the city and cripples our ability to promote an achievement like securing the Olympics. Which is a shame, because just getting the Olympics should be an immense point of pride.

Yes, there are landmarks. There is a park. The words “centennial” and “Olympic” are visible. And there are also blemishes, from the abandoned 16-court Olympic tennis facility in Stone Mountain to Herndon Stadium, the home of Olympic field hockey, which currently sits as a blighted, unused football field at Morris Brown College, a school that lost its accreditation more than a decade ago. 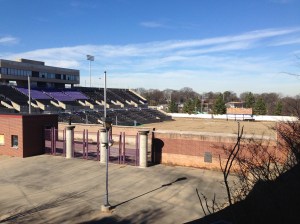 Remnants of Atlanta, Olympic host, do still exist today. But it’s clear, with just a quick joyride through town, how oddly Atlanta has cultivated the legacy of its greatest public triumph and failure. The overwhelming sentiment seems to be “Let’s just move on.”

Quietly moving on from an Olympics seems backward, especially an Olympics not yet 20 years removed. It’s the opposite of the jubilation expressed in the streets when the announcement was made in 1990. It’s the type of thing you should be allowed to throw in another city’s face, like a Super Bowl title or an NBA championship. If someone from Charlotte says, “The Falcons are embarrassing, but look at THOSE PANTHERS,” my response should be, “Hey, how were your Olympics?” until the end of time.

But I can’t. Because we all know what happened. The physical embodiment of that conversation is Atlanta’s Olympic cityscape, one that sparingly flaunts its artifacts, but for the most part has completed the transition from Olympic site to Atlanta community infrastructure, with its past well hidden. 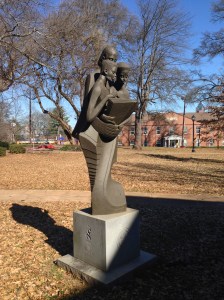 So what’s left for someone who wants to be proud of a much-maligned Olympics? Swallowing your pride and admitting to yourself the slightly embarrassing fact you truly care about.

Simply getting the Olympics.

If you get the Olympics, that’s the one time you’re going to see it in your lifetime. And most cities will never get it. But we got it. Was it perfect? Not even close. Was it the model for future Olympics to come? Absolutely not. Was Izzy the worst Olympic marketing scheme in the history of the world? No doubt.

But we got it. Atlanta, Georgia, got the Olympics. And I don’t really know how we did it, which makes it even more hilarious and satisfying. There have been jokes for years about the architects of the Atlanta Olympic plan doing a deal with the Devil and trading in the bid for 99 years of bad luck on our sports teams. (The last Atlanta major sports championship was the Braves in 1995 — nine months before the Olympics.) However it happened, we got it, and that victory, six years before the actual Games, cannot be taken away.

Just like Bill de Blasio becoming mayor of New York City or Michael Olowokandi becoming the first pick in the NBA draft, we pulled it off and then a wave of “Uh-oh, now what?” immediately followed. Comparisons to the Kandi Man may seem disparaging, but it’s better than pretending as if our Olympics never happened at all.

At the rate the city’s changing, there will be fewer and fewer landmarks to show there was ever an Olympics in the city. The most definitive example will come in 2017, when the Atlanta Braves move to a northern suburb; around that time, Turner Field will be torn down.

No one should ever tear down a building that housed Ali lighting the Olympic torch. But that’s how it will go. And eventually, the transformation to “Maybe the Olympics were never actually here …” will be complete. But even as the physical impressions of the Games wilt, there’s always the fact that we got them.

We pulled a fast one on the world. And for that, I raise my glass.