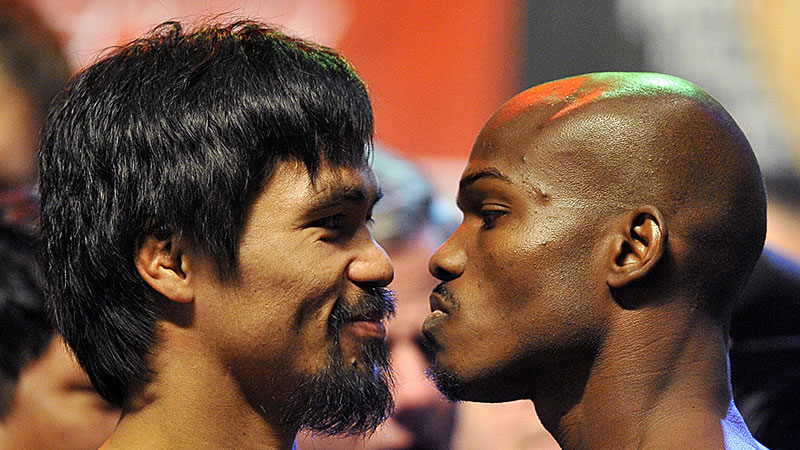 Basic boxing fandom starts with subscriptions to HBO and Showtime, a combination that adds $300-$400 to your annual cable bill. That expense will cover most fights involving rising stars, fading stars, and guys who will spend their careers a half-notch below star status. But if you want to see the superstars, you’re talking an extra $65-$75 a pop on pay-per-view. In 2013, the calendar contained four HBO- or Showtime-produced “major” PPVs. Manageable, right? In 2014, there are plans for at least twice that many major PPVs. It could cost you $1,000 to be a devoted boxing fan without ever leaving your house.

The signing of a slew of major fights should be cause for celebration — and to a certain extent, it is — but it’s also cause for consternation. Decisions must be made. And they must be made soon, because starting in two weeks, we’re faced with a PPV each month for the next four months. On March 8, Saul “Canelo” Alvarez faces Alfredo Angulo. On April 12, Manny Pacquiao rematches Tim Bradley. On May 3, Floyd Mayweather meets Marcos Maidana. And on June 7, Sergio Martinez takes on Miguel Cotto. There are casual fans who might order one or two fights but would never splurge for all four. There are hard-core fans who want all four but simply can’t afford more than one or two.

Well, the conspiracy theorists have been vindicated: The screw-job decision in Bradley’s favor in June 2012 was all a setup for a big-money rematch. Mind you, it was a bit of a long con, and it’s unclear how big the money will be. But from a sporting perspective, the passage of time has enhanced the fight. Two years ago, Pacquiao was a little too much for Bradley, regardless of what Duane Ford, C.J. Ross, and Brian Kenny said. But Bradley has since elevated himself with a clear-cut win over the guy Pacquiao never beat decisively, Juan Manuel Marquez, and our perception of Pac-Man took a nosedive just as he did in the fourth Marquez fight. If Pacquiao is 90 percent of what he was two years ago and Bradley is 110 percent of what he was two years ago, then this fight is now too close to call. And not just in a @CJRossJudge kind of way. 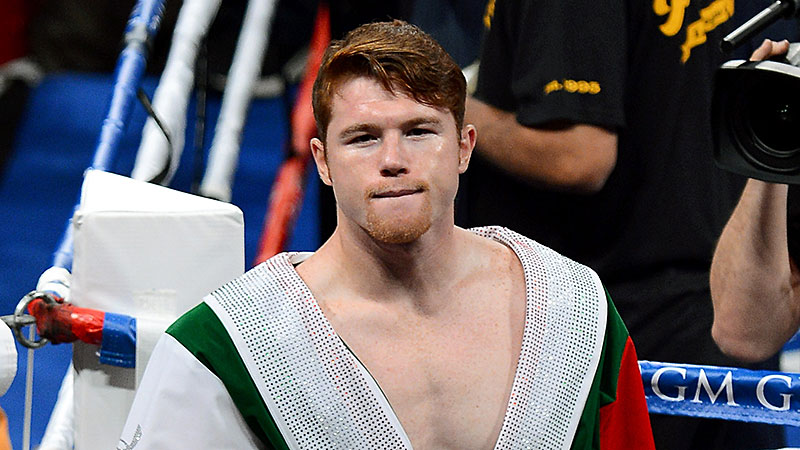 There seem to be a lot of people on Twitter who think this is going to be a blowout. Fortunately, they’re coming from both directions. Some write off Alvarez’s ineffective performance against Mayweather last September as a simple result of what happens when you fight Mayweather, and they consider him far too young, fresh, and skilled for aging warhorse Angulo. Others see Angulo as the clichéd irresistible force and expect that he’ll walk through Canelo like Moses parting the Red (Haired) Sea. (Canelo-article ginger-reference requirement: achieved.) Even if some see this as an easy call, the wide-angle view suggests a variety of possible outcomes.

If this one is competitive, it will be for an unfortunate reason: Martinez’s body has broken down. Cotto is a known quantity, the beloved warrior who can’t beat the elite but will thrill us trying. Martinez is theoretically too fast and athletic for him and should outbox him as handily as Austin Trout did in 2012 and/or batter him as sickeningly as Pacquiao did in ’09. But that “theoretically” doesn’t account for Martinez looking shaky in four straight fights and now being 39 years old with a surgical record to make Bruce Jenner blush. A fully healed Martinez wins comfortably. If Martinez is compromised, this has the makings of a war.

With rival promoter Top Rank’s stable of welterweights (namely, Pacquiao and Bradley) unavailable to him, Mayweather was going to be about a 10-1 favorite against any opponent he chose. When “Money” ended two months of stalling by finally choosing Maidana rather than Amir Khan, he rewarded the fighter who’d earned the payday, the one who beat Floyd-wannabe Adrien Broner. Mayweather-Maidana is by far the less offensive of the two options. But that doesn’t mean it’s an appealing fight. Maidana will apply pressure and has been known to score unthinkable upsets in the past, but upsetting Mayweather requires a whole different level of unthinkability. Conventional wisdom says 10-1 odds aren’t juicy enough.

While Canelo isn’t the action fighter you’d expect based on his popularity and on traditional Mexican-warrior stereotypes, Angulo could create an “I remember where I was when I watched that” war with anyone. If he could do it against Erislandy Lara, a counterpunching Cuban southpaw, he’ll do it against Alvarez. 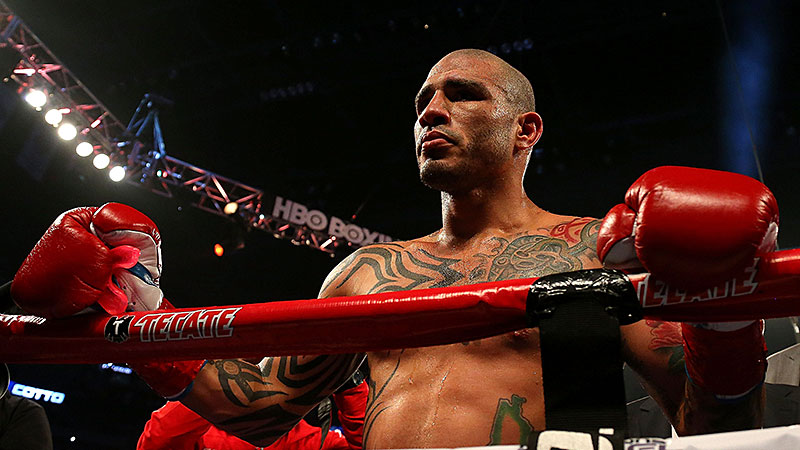 Stylistically, this is somewhat similar to Alvarez-Angulo, but Cotto has a “boxer” gear that Angulo lacks. That means there’s a chance that certain stretches of the fight will feature more moving, feinting, and staring than actual punching. Martinez-Cotto rates to be a thriller, but there isn’t an Angulo in the ring to force one.

Their first fight was forgettable in nearly every way until the decision was read. Some are optimistic the rematch will be better, as Bradley has since proven capable of engaging in a Fight of the Year–caliber brawl. But he’s not likely to repeat that approach against Pacquiao, and Manny isn’t going out of his way to get his chin checked these days either.

The two reasons to have rooted for Khan to get the fight instead of Maidana were (1) no chance of Khan being hired to provide color commentary, and (2) Khan’s speed and length giving Mayweather a slightly different look than usual. Stylistically, Maidana is as “the usual” as it gets. Maybe he lands a big punch early, as he did against Broner, and every moment thereafter is infused with drama. But if not, this devolves into every Mayweather fight that’s ever left us wondering why we order Mayweather fights. 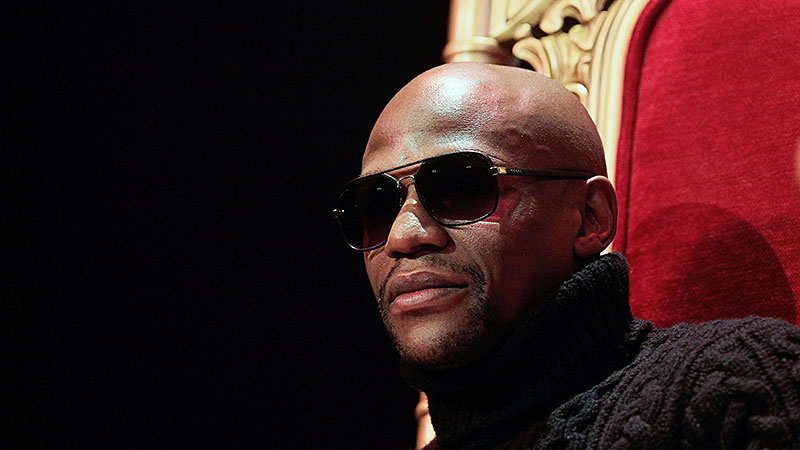 The least competitive, least action-oriented fight of the quartet will be the best-selling because Mayweather has been pushing so many of the right buttons for so many years. He’s boxing’s biggest star and pound-for-pound king. He may have single-handedly swung the balance of power in the sport’s network wars. Nobody else’s fights matter as much as his, regardless of how foregone the conclusion.

Pacquiao is still pugilism’s second-biggest star, and the winner of this fight remains atop the Mayweather fantasy-opponent sweepstakes. If Pacquiao wins, the unbearable he-said-she-said of the Floyd fight that wasn’t can continue on. And if Bradley wins … aw, who are we kidding? The Mayweather-Pacquiao drums will be pounding for eternity regardless.

Given that both fighters are in decline, the long-range implications are limited. But the one true middleweight championship of the world is at stake here. And Mayweather’s eventual decision on whether to go after the middleweight crown hinges on whether Cotto, a man Floyd knows he can defeat, wears it.

Mayweather revealed Canelo’s limitations, but Alvarez remains one of boxing’s brightest box-office hopes. This is the first of three pay-per-views Golden Boy Promotions and Showtime have penciled in for him this year. A whole lot of short-term and long-term planning goes out the window if Angulo beats him.

This ranking requires some imagination since we don’t yet know who’s on this undercard, but we do know that (1) Showtime and GBP are open to putting great fights on Mayweather undercards, and (2) this main event could use a little help in securing the hard-core fight fans. Expect a cofeature that could have headlined its own Showtime card.

If the Mayweather-Maidana undercard is mystery meat, this one is comfort food: rising force Leo Santa Cruz vs. veteran Cristian Mijares, all-action prospect Omar Figueroa vs. Canelo’s brother Ricardo Alvarez, and criminally underrated Carlos Molina vs. up-and-comer Jermall Charlo. Of note for boxing fans but not relevant to this ranking: The best fight of all, Jorge Linares vs. Nihito Arakawa, is “free” on Showtime before the PPV commences.

Again we’re operating on incomplete information. We don’t know who will be on this card. But we do know HBO hasn’t been committing to its PPV undercards like Showtime has. Expect a Cotto show at Madison Square Garden the first weekend in June to trend Puerto Rican; beyond that, the fewer expectations you have, the better.

Searching for something nice to say … Got it: This undercard will be better than the Pacquiao–Brandon Rios undercard. Probably.

Despite any polls Mayweather has set up to create the illusion that the fans are picking his opponents, the reality is that boxing fans have always had only one way to vote. They’ll have four chances to cast their ballots over the next four months. And the only thing more certain than the outcome of a Mayweather fight is that boxing fans’ wallets are going to take a beating.