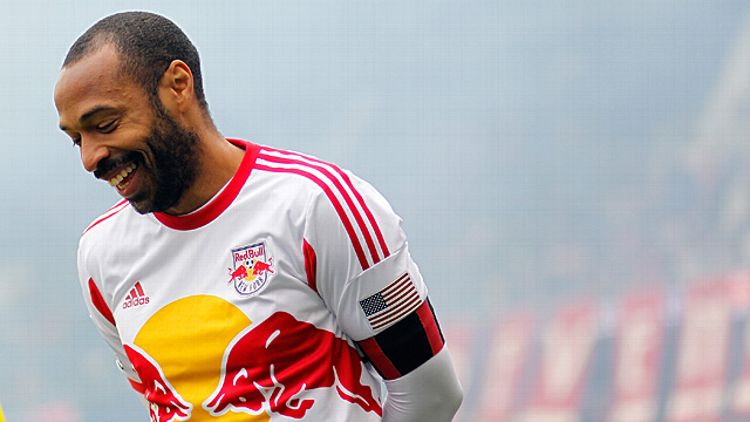 Never let it be said that the Designated Player backs down from a fight. Whether it’s demanding that The European cuts a few of the makeweights to bump my salary up to a living (large) wage, or calling out my rookie left back on Twitter (“@genericclogger22 My level = not you #achieve #1998UEFACupQF #respectlearnit #whentopmanfreePASSit”), the D.P. is right there on top of it, giving third-person, off-the-record briefings and generally showing his stomach for the fight. A stomach, natch, that was recently described as “box-to-box” on something called Les Cahiers du Football.

So when I heard that MLS had come up with a Rivalry Week, and that not only that, but a team of 150 NBC staff was going to be producing a mammoth 10-hour, countrywide production devoted to the first day’s play, that really threw down the gauntlet. The Designated Player is worth the equivalent of 177 mortals and a diabetic bulldog, so matching the human resources being thrown at Rivalry Week by the NBC peacock shouldn’t be a problem. Not only that, but I intended to emulate their lead anchors and announcers Russ Thaler, Arlo White, and Kyle Martino by also covering the first game live at Red Bull Arena. Then while they were Cannonball Run–ning their way up to their state-of-the-art studio facility in Connecticut to host their experimental two-and-a-half-hour, four-game MLS Breakaway show, I’d be reclining in my luxury PATH train on the way to my state-of-disarray Brooklyn apartment to doze fitfully through the rest of the day.

Here’s how my broadcast experiment went:

I get to Red Bull Arena, where the forecast calls for snow. Wandering out to the press seats I catch my first glimpse of the opposition: NBC’s field-side reporter Kyle Martino is wandering between the benches in front of me. His hair is a magnificent triumph of product placement and possible CGI. I pull my hat down over a triumph of denial and Head & Shoulders. I’m relieved to see that his crisp overcoat and scarf for on-camera presence is offset by scruffy sneakers and jeans where the lens doesn’t go. Score one to the Designated Player, who types every story in “Slacks by Robert Warzycha.”

Martino’s presence between the benches during games, an adaptation of NBC’s “inside the glass” hockey innovation, allows him to overhear fragments of impending substitutions, tactics, and Frank Klopas’s obscenities. I like to hope that Martino also abuses his position by passing notes and gossip back and forward between the technical boxes while pointing back to the opposing coach and pretending to be shocked at the escalation this causes. Anyway, I spoke to Martino last week and he was looking forward to today’s program as he said it fed right into his ADD. Mine too … ooh, look parachutes …

… the Red Bulls parachute team is diving into the stadium. I’m rather hoping that one of them turns out to be Roy Miller (who’s not listed in the 18 today, after a one man jaw-dropper of an implosion in San Jose last week), and that he’ll rip off his parachute and roar “I AM THE ENCROACHER!” — but no such poetic luck. Now there’s a stirring montage on the big screen — the phrase “THIS IS GLORY” appears over footage of Thierry Henry and someone who used to play for the team running around. I wonder at what point three successive conference semifinal defeats became the benchmark for glory, but am distracted by squealing electric guitar and a horribly mangled rendition of the national anthem, followed by a barrage of fireworks and attendant smoke. I love fireworks at games. Not for the spectacle, but because the first 10 minutes of subsequent action gets transported to Jack the Ripper’s London. I’m looking forward to the sight of Perry Kitchen emerging from mist like the honest Victorian costermonger and Dax McCarty as the chirpy newspaper boy (in moment of intertextuality, Nick DeLeon’s beard appears to have escaped from a rival production of Sweeney Todd).

Actually it’s the Red Bulls who are doing all the emerging out of the mist early on, as they are taking the game to D.C. Evidently that playoff defeat in November stuck in their collective craw. Meanwhile, in echo of that postseason series, it’s started to snow. The NBC team is tucked in a nice warm box at the top of the stadium. I’ve put my gloves on here in the cheap seats. The gloves are the ones that let you use an iPad — as long as you don’t mind the odd f—— typoeee.

New York hit the bar. I don’t know who did it. I wasn’t watching (busy removing “iPad-friendly” gloves to actually type on iPad), and the TVs that are usually on in the press seats aren’t working in our row. Thankfully I’m sitting next to Dan Dickinson of Gothamist, who’s interested in this type of thing (what teams are playing, who scored, etc.). I’m more about impressions and primary colors. It was Fabian Espindola, apparently, who almost scored, apparently. The field is green. Snow is falling harder now, but no goals. I consider a metaphor on this subject, then think better of it, as Henry is gesticulating in a manner that is just itself and defies interpretation.

Ben Olsen is up on his feet in front of me. I note that in his first tactical error of the day, he’s wearing a scarf. Mike Petke on the other bench isn’t. Plus, the latter has abandoned the cardigan/sweater look he boasted for the opening two games of the season, and is coaching in a suit that suggests he doesn’t want to look softer than Olsen in regards to the cold. (The death knell for Hans Backe’s N.Y. reign being his insistence on a snow day during the playoffs, while behind him Olsen stopped just short of doing snow angels in a pair of Speedos.)

I amble to the press room in time to catch the TV showing Martino doing his halftime analysis, fieldside. Above the waist he still looks pristine, but I like to think there’s a Dorian Gray situation going on, where beneath the NBC desk are the legs of an 84-year-old man in flip-flops and torn spandex. Still no goals to report, but there is the presence of royalty to spice up the halftime break, as MLS commissioner Don Garber has entered the press box and is answering questions (something I’m alerted to by the appearance of an unlikely amount of space near the press Doritos at the other end of the room). He talks Cosmos, Orlando’s strong bid for MLS status, and Tim Leiweke leaving AEG, apparently. I couldn’t really hear from the back of the press pack.

The second half gets under way and the Red Bulls resume their attacking. Still no goals, though. Olsen is doing a kind of reverse striptease and has added a raincoat and large baggy hat to his outfit. It may be a psychological ploy though — as might be the introduction of substitute Carlos Ruiz. Everyone knows that under CONCACAF rules, goals scored against the run of play by Ruiz count double.

NICE ACTION! Referee Mark Geiger has a ball kicked right at him and it dislodges the can of silly string he uses to mark distances at set pieces/get this party started. Now we’re talking. In the words of the immortal Half Man Half Biscuit: “Even men with steel hearts love to see a dog on the pitch.” Failing that, streakers, referee pratfalls, and gratuitous red cards are acceptable alternatives. The game? [Checks notes.] No goals, but Espindola has hit the bar again.

A last-minute corner for New York ends in D.C. keeper Bill Hamid scooping out a dramatic save on the line (they can’t hold him back). Just as I’m feeling good about capturing the essence of the day so far, NBC uses this moment to crank up the tech. Lots of replays of the incident appear on the stadium big screen, from multiple camera angles that seem to include one embedded inside my skull, right down to the little red graphic lines highlighting key player positions/burst blood vessels. Just like me though, they seem to have no idea as to whether the ball actually crossed the line, and that will be that. 0-0. “Doughnuts,” as Martino will mysteriously opine, later.

I wander down onto the field, almost colliding with a shirtless Tim Cahill, whom I like to think was cursing about something else as he pushes past me up the tunnel. I dutifully make my way around the field capturing multimedia impressions (it’s cold and damp and everyone’s going home …) and take the service exit tunnel to catch up with the NBC team as they board their minibus for Stamford. White booms a friendly greeting, unaware of my one-man rival Rivalry Week transmission. I listen for telltale clinking — when we spoke last week, he said his strategy for lasting through the 10-hour day was to “stock up on freebies” at Red Bull Arena — but I bet NBC has adapted his overcoat to have separate pockets for each can. “Are you coming with us?” he says, gesturing at the bus, and for a minute it’s 1968, and I have a flower in my hair, and the world seems full of possibility. Then the NBC press officer shakes his head, the bus door closes and they’re gone, and I’m back in Harrison/Altamont trudging to the PATH.

This is the tricky part. I was going to watch the Sporting KC vs. Chicago game on my phone and give updates from the PATH and then the C train, but the NBC Sports Extra app wasn’t working for me, and anyway I kept going into tunnels, so I had to just follow the commentary on MLS Live.

At this point I should say that not just in MLS, but in general, official live text commentary is constructed by this strange set of puritan rules where impartiality is taken to extremes and everybody has “shots” and nobody has “great shots.” It’s a world of recurring free kicks and throw-ins, directed by Lars von Trier and transcribed by a court stenographer’s intern.