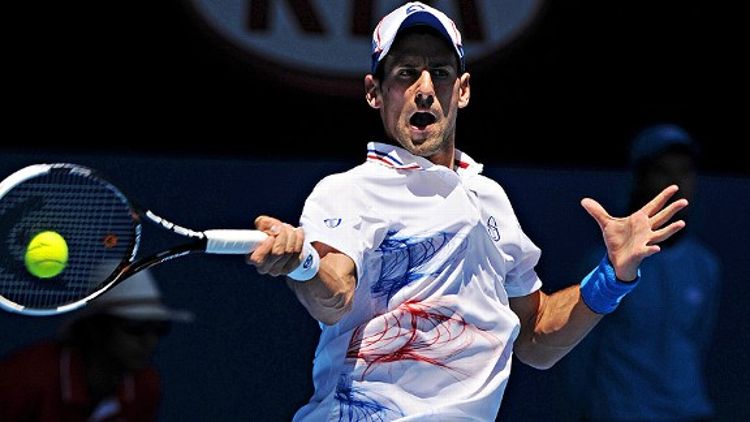 The Australian Open is one of my favorite sporting events, because for almost 15 years now, I’ve set my alarm for 3 a.m. to wake up, turn on the television, and watch the matches in real time. I don’t know why this happens — apparently something to do with daylight, time zones, and kangaroos — but that’s the way it’s always been, and I love it. Anyway, because most normal American humans aren’t staying up to watch the first round of the Open in the middle of the night, I figured I would throw on a Le Coq Sportif warm-up suit, sit in front of my TV, and then report back.

I. Men’s no. 1 seed Novak Djokovic unnecessarily practices his between-the-legs shot against Paolo Lorenzi in an easy first-round win. Only loses two games in the three sets. What a jerk.

IV. Men’s 15-seed Andy Roddick defeats Dutchman Robin Haase, which means he didn’t lose, which is confusing to me.

VIII. Still the world’s coolest player, Tommy Haas advances to the second round, setting up a match against Rafael Nadal.

X. In other Roger/Rafa news, the two men finally end their congenial charade and start publicly feuding. Well, more like Nadal publicly blaming Federer for not standing up for the players (being the tour’s 1 percent), and Federer brushing it off (in classic 1 percent fashion).

Will report more at the conclusion of the second round. Until then, please send me another Le Coq Sportif warm-up. This one is starting to smell.