The Australian Open: While You Were Drooling 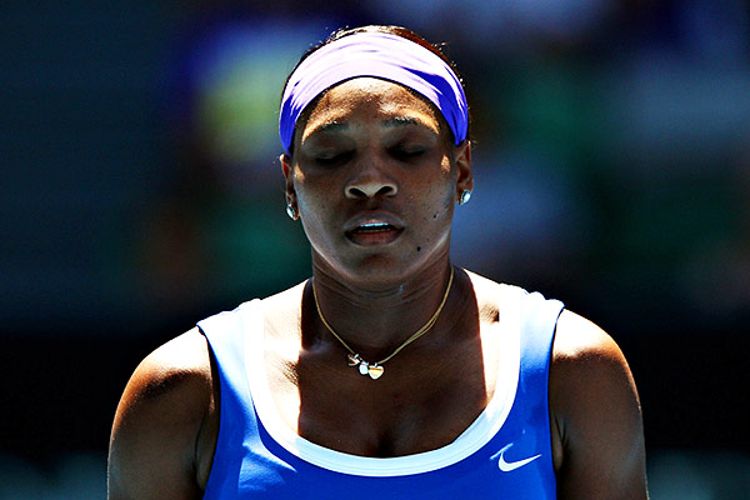 Editor’s Note: During this year’s Australian Open, 12-and-under consolation bracket pioneer Rembert Browne is reporting back after each round with the things you missed while you were sleeping, at Sundance, or changing your name from Billy Cundiff to Joe Flacco II.

Third and Fourth Round Notes

2. In the fourth round, known horrible guy Tomas Berdych (7) defeated Nicolas Almagro (10) and refused to shake his hand after the match, causing the loudest, longest boo session I have ever heard that wasn’t at a Lauryn Hill concert.

3. Serena Williams (12) seemed pretty unhappy in her first three matches, so she decided to lose her fourth-round match quite convincingly to unseeded Ekaterina Makarova, 6-2, 6-3. I don’t know what her deal is, but if this is what happens when two rappers “fight” over you, Nicki Minaj and Roxanne Shante, I’m sorry, but it’s over.

4. Aussie boy wonder Bernard Tomic had the upset over Dolgopolov to get him into the fourth round. Unfortunately for Tomic (and many other tennis professionals), Roger Federer is still alive and he really doesn’t like to lose. So he decided not to against Tomic, winning 6-4, 6-2, 6-2. Another Aussie down, one Aussie left.

5. That Aussie’s name is Lleyton Hewitt. The veteran has been showing flashes of his former self in this tournament, and kept it up in his highly entertaining match against top-ranked Novak Djokovic. Taking a set off of Djokovic these days is starting to feel like a mini-victory, and that’s just what Hewitt did. While this is an achievement, the rules still state three out of five sets for men, so Novak advanced to the quarterfinals in four sets.

6. My pick to be the surprise of the women’s bracket, unseeded Sorana Cirstea, was finally taken down by Italy’s Sara Errani, who then defeated unseeded Jie Zheng in the fourth round to become one of two unseeded players in the quarterfinals. (The other is the aforementioned Serena defeater, Ekaterina Makarova.)

7. Based on seedings, Kim Clijsters (11) pulled off a fourth-round, three-set “upset” over Li Na (5), but anyone who follows tennis knows counting out pre-baby Kim, mid-labor Kim, or post-baby Kim before the semifinals is just ridiculous. With emo-Serena out of the picture, Clijsters could easily win this tournament.

8. A truly brutal weekend to be Black and French, with Gael Monfils (14) falling in the third round and Jo-Wilfried Tsonga (6) falling in the fourth, both in grueling five-set matches. As the sometimes-proud owner of the middle name “Molineaux,” the Black French in me couldn’t be more devastated. Can someone please connect me to Yannick Noah ASAP? I’m in serious need of a dreadlock to lean on.

9. Through four rounds, neither Federer (3) nor Rafael Nadal (2) have lost a set. (Roger did have a second-round withdrawal, but we must assume he would have won that in straight sets also. We must.)

10. On the women’s side, the same is true for Caroline Wozniacki (1) and Victoria Azarenka (3).

If I get all eight correct, I’m giving myself a wild card entry into 2012 London Summer Olympic tennis championships. If the United States of America doesn’t want me, I’ll have no choice but to go on behalf of the Internet.