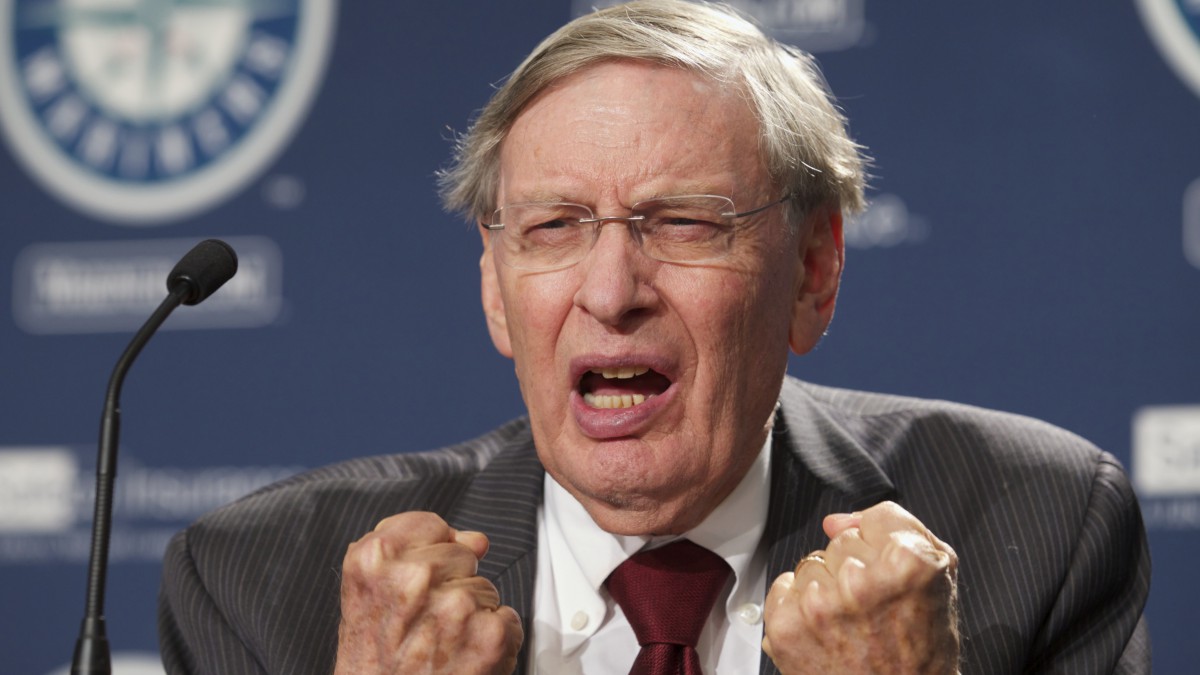 The first “interactive” exhibit I can recall was the “Hall of Presidents” down at Disney World. Audio-animatronic representations of various commanders-in-chief come out onstage and speechify to a lot of people with sunstroke, which has to be an easy audience, even for an artificial president. I remember wondering, back in 1988, if Michael Dukakis had been able to hold a lead over Poppy Bush, how many people would consider an animatronic Dukakis to be oddly redundant. Me? I know the guy, and I like him, but I was stumped for what an animatronic Dukakis might say. I mean, the animatronic George Washington exhorted his troops. The animatronic Abraham Lincoln had a couple of dozen great lines in the pocket of his frock coat. Finally, I figured out that an animatronic President Dukakis would be the animatronic president who walked up to people and said, “I’m sorry, but there is no smoking in the Hall of Presidents.”1

Now, though, almost everything in every museum is interactive. You can get chased by velociraptors while landing on the moon and finishing up the guitar solo from Mountain’s “Mississippi Queen.” And then you can go to the gift shop and buy a souvenir photo in which you can look like a caveman, Buzz Aldrin, or Leslie West. (Your choice.) I’ve flown several NASA simulators in my time. None of those voyages ended well. Naturally, our various Halls of Fame have followed suit. For example, at the Hockey Hall of Fame in Toronto, you can try to one-time a computer-simulated Carey Price through the five-hole, which, admittedly, sounds like something from the Adult Video News Hall of Fame. I can say I have lived from the time when museums put stuffed birds on display, through the time when they put actual birds on display, all the way to the time when kids play with animated birds on their telephones while the actual birds on display wonder whether they’re wasting their time flying around like that. It’s a wonderful world.

Recently, as we all know, Bud Selig hung ’em up as the only commissioner baseball had. On his way out the door, it was arranged that Selig would get what those of us who have followed how the Massachusetts state legislature operates call a sweet kiss in the mail. He reportedly will be paid a salary of $6 million per year to tide him over through his retirement. He is going to make six million bucks next year merely to go away. (I will go away for half that, right now, and I will stay away for as long as the checks keep clearing.) This is a nice gig if you can get it.

But baseball’s veneration of Bud Selig’s leadership does not end at a desk in the MLB payroll department, where, I am sure, there is a young employee being paid scale who will be taking a huge shot of tequila before he cuts the check every month. That end is going to be found at Miller Park, in Milwaukee, Bud Selig’s own Taj Mahal, with beer and brats and a guy sliding into a huge mug, all of which never occurred to the Mughal Emperor Shah Jahan, who never dreamed as big as did Bud Selig.2 But not even his personal ballpark is monument enough for this giant of a man. Not even his personal statue of his personal self right there on the grounds of his personal ballpark is sufficient to commemorate this titan of the game. This week, it was announced that, within the confines of Bud Selig’s personal ballpark, you — yes, you, Milwaukee Brewers fan! — will have the opportunity to be Bud Selig for a moment. I have been assured that competent medical personnel will be on standby to treat anyone overcome by the sheer magnitude of the concept of walking, even for a moment, in those seven-league loafers. 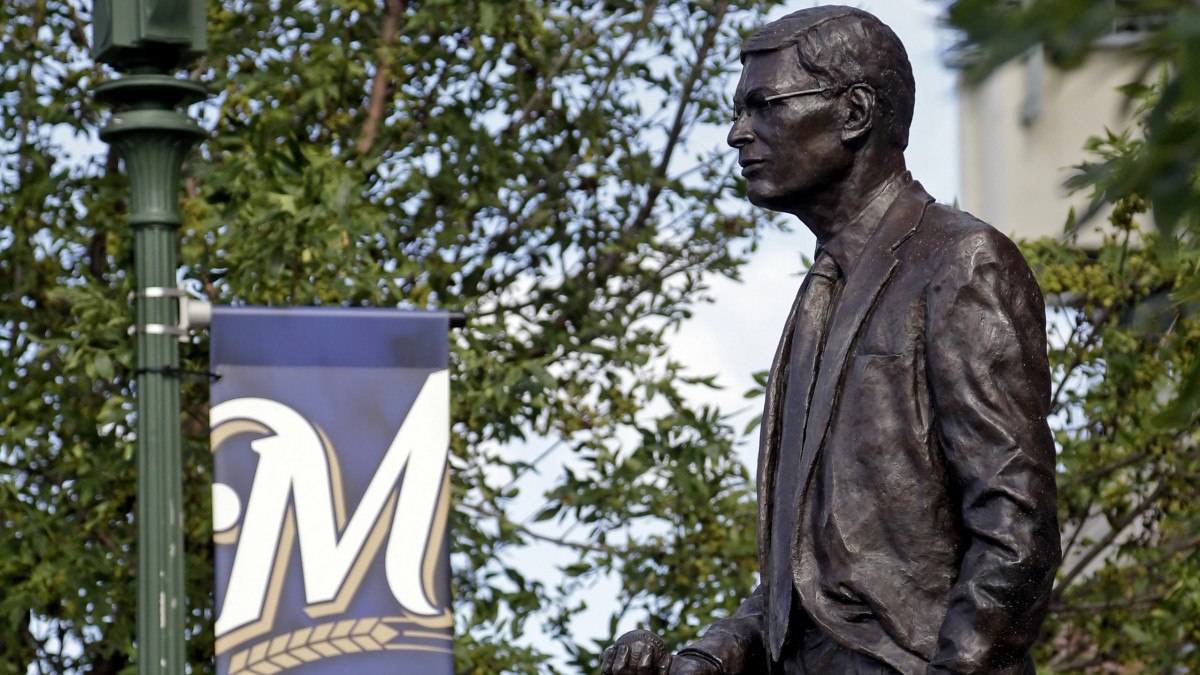 Generally, I have no great use for baseball owners. I certainly see no need to memorialize many of them, except for Bill Veeck, who should have a statue along the National Mall in Washington, D.C. Many of the owners in the Baseball Hall of Fame more appropriately belong in a zoo. Tom Yawkey, the old bigot who ran the Red Sox, is in there. It gets even worse when you get to the commissioners. Even the first one, Kenesaw Mountain Landis, was no prize; he set in place the policy by which Tom Yawkey could segregate his team longer than any other owners did. In any event, the management side of baseball has always been the least interesting, the least romantic, and generally the least deserving of lasting honors. Its only job is to keep the lights on and keep the games playing, and it hasn’t even been able to do that consistently.

Nonetheless, there are owners who are beloved in their hometowns, and none (apparently) more so than Bud Selig. So it was announced that Miller Park would now contain something called “The Selig Experience,” and this is not something I am making up, either. Neither am I making this part up:

The exhibition space totals approximately 1,400 square feet, and will include authentic artifacts from Selig’s tenure as the Brewers owner. A multimedia show will include a 3-dimensional encounter with Selig inside a reproduction of his old Milwaukee County Stadium office.

The number of people who had a truly three-dimensional encounter with the actual Bud Selig can be counted on the extremities without removing both shoes. Now he is going to haunt his personal ballpark as a hologram for eternity? Some Brewers fan as yet unborn is going to amble into the wrong part of the stadium’s loge and be confronted with an ambulatory, spectral Bud Selig, wandering the Miller Park parapets like Hamlet’s father? Great Caesar’s ghost!

(Wait. Forget I said that.)

And what is the interactive attraction in walking into a facsimile of anybody’s office, especially Bud Selig’s? What do you get to do? Arrange for the World Series not to be held? Mastermind an All-Star Game that ends in a tie? Ignore the glistening tower of syringes, reaching almost all the way up to the ceiling over there in the corner? Duck baseballs thrown at you by the hologrammic Gary Sheffield? Trade Greg Vaughn for Bryce Florie, over and over again? That sounds like something Dante would have dreamed up. Alighieri, that is. Not Bichette, whose hologram likely will stalk the joint, too, looking for the head of Kevin Reimer.

I will grant you that “The Selig Experience” sounds like one of the lesser works in the Robert Ludlum canon. It also doesn’t sound like something you would like to have more than once in your life, even if you are not necessarily stoned, but … beautiful. But, given the tendency toward self-veneration and the complete lack of humility that have come to mark all the parts of the sports-entertainment industrial complex these days, this cannot be allowed to become a trend.

[Brewers COO] Schlesinger conceived the idea for the mini-museum during a visit to the Abraham Lincoln Presidential Library and Museum, where he was “mesmerized” by a multimedia exhibit depicting Lincoln’s life. Schlesinger learned that it had been developed by BRC Imagination Arts, which will now work with the Brewers and Selig in the coming months to develop a show that builds to a 3D encounter with Selig himself, inside an authentic reproduction of his County Stadium office. It uses a technology found in only a handful of exhibits around the world.

Yeah, whenever I think of Lincoln, I think of Bud Selig. I go to the National Mall in Washington, where Bill Veeck should have a statue, and I walk up the big marble steps to the giant Abe sitting there on his big marble throne, and the first thing that always comes to mind is, “Damn, I wonder how Sixto Lezcano is getting along these days?” And in Florida, late at night, when only the night watchman is on duty in the “Hall of Presidents,” an animatronic Lincoln sidles over to the animatronic Washington and whispers, “What the hell ever happened to Pat Listach?”

No, really. That happened. This is America. Anything is possible.