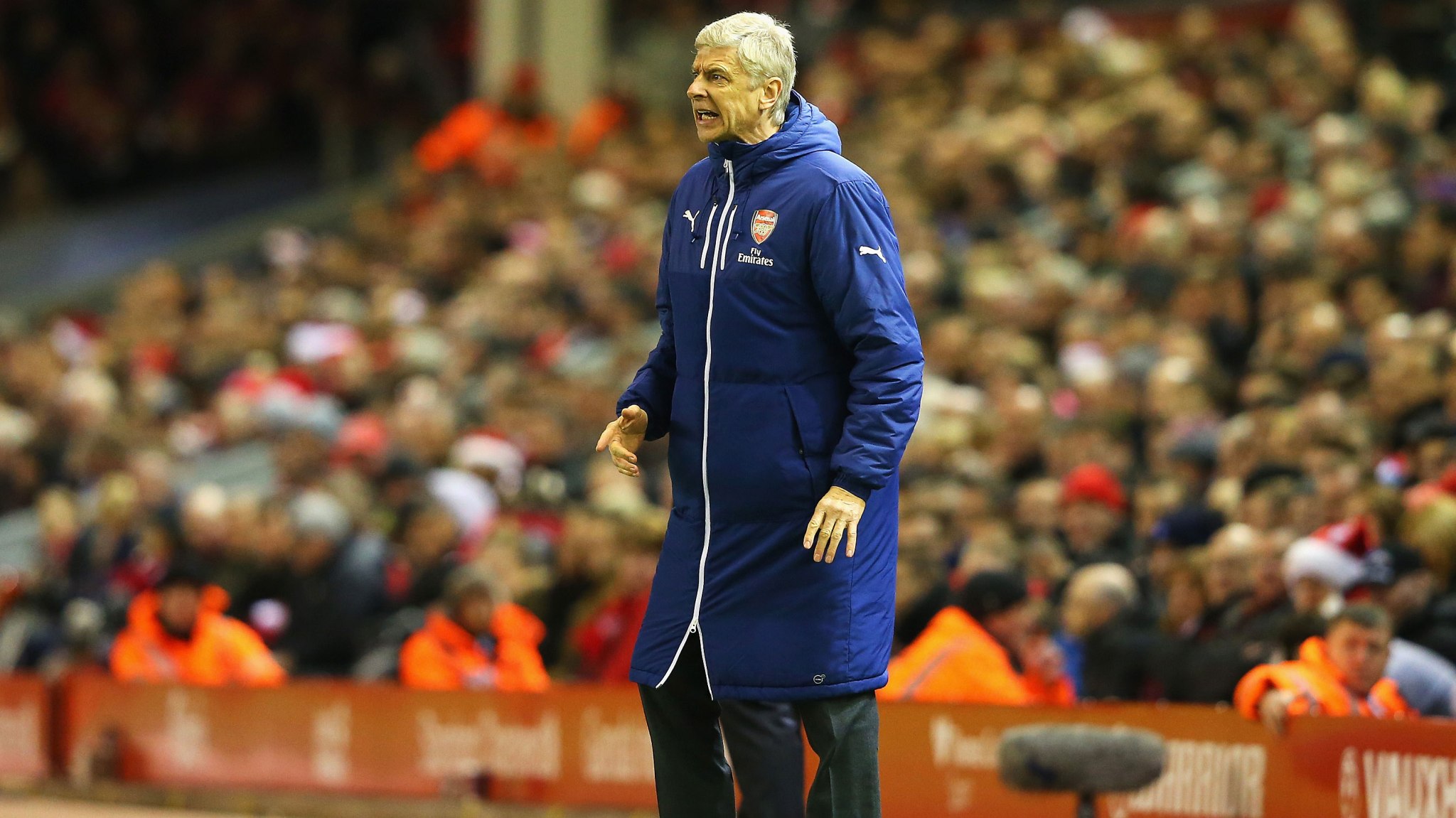 Adjust to your opponent or make them adjust to you — it’s one of the central conundrums in all of sports. But what happens when both sides are so myopically invested in playing their own way that they prioritize style, at the expense of giving themselves the best chance to win? You get something like Sunday’s 2-2 tie between Liverpool and Arsenal.

We all know what Arsenal do. They pass the ball; they keep the ball; they get men forward. Defensively, they press — though not particularly well – and, consequently, they leave their central midfielders exposed. Since Arsène Wenger hasn’t purchased a midfielder since somewhere around the dawn of the Cretaceous Period, the position is woefully understaffed, which leads to frequent appearances by Mathieu Flamini, who isn’t close to good enough to carry his own weight, let alone to make up for the defensive mistakes made ahead of him.

With Flamini in the side and lacking the midfield control of Mikel Arteta,1 Arsenal had an impossible time breaking Liverpool down, managing only 35.3 percent of possession. When they did have the ball, though, they insisted on on trying to pass their way around Liverpool’s press. This approach led directly to Liverpool’s first goal after Danny Welbeck and Olivier Giroud tried, and failed, to combine one-touch passes in their own defensive third, which led to this:

Arsenal’s insistence on trying (and trying and trying) to build slowly and methodically looks all the more ridiculous in light of how Liverpool approached the game. Brendan Rodgers, it seems, has returned to the full-on, aggressive press and wide-open attack that Liverpool rode to second place last season. This season’s version, though, consists of a back three, buttressed by a right wingback who might be the team’s best central midfielder in Jordan Henderson, and a left wingback who is an attacking winger in Lazar Markovic.

This particular system contains a couple of gaping holes. First, there’s no recognized striker — instead Raheem Sterling plays as the dedicated make-things-happen-er, spearheading the attack. Despite all the numbers they get forward, it can be difficult for Liverpool to break down good (or even competent) bunkered-in defenses. Except, that wasn’t a problem against Arsenal, who, as they always do, pressed into the opposition half, largely ineffectively. Liverpool managed to generate 27 total shots. Arsenal were simply unable to defend well, especially when they were defending their lead; 14 of those shots came after the Gunners took the lead in the 65th minute.

As for Liverpool’s other weakness, Arsenal spent the better part of an hour actively avoiding it. Playing with wingbacks who aren’t wingbacks, Liverpool are extremely vulnerable to counterattacks down the wings. To prevent teams from relentlessly attacking those spaces, Brendan Rodgers has his midfielders aggressively move toward the sidelines to slowdown counters. So if teams attack down the flanks, the middle of the field becomes wide open. Manchester United took full advantage of the situation only last week. And yet, Arsenal refused to do the same until, finally, in the 65th minute, left back Kieran Gibbs found himself (almost by accident) standing near the halfway line with only Liverpool defender Kolo Touré in front of him. All of which led to this:

Liverpool played really well yesterday. Yes, that’s an odd thing to say about a team that needed a 97th-minute equalizer from Martin Skrtel while down a man just to rescue a point, but it’s true. They generated so much more attacking firepower than Arsenal and completely stymied their opponent’s attacking rhythm with an aggressive press. But the improved play comes with a cautionary caveat. Arsenal acted as enablers. While Liverpool’s upcoming schedule gets easier, with matches against Burnley, Leicester City, and Swansea, those teams won’t make it easier on Liverpool the way Arsenal did. Though these teams have much less talent, expect them all to bunker in, not press, and look to counter. There have been some encouraging signs over the last week and change for Liverpool, but they’ll be facing a different type of test over the next few games.

Meanwhile, Arsenal escapes from Anfield with a point that, despite leading right up until the bitter end, they probably didn’t deserve. The one lesson to be learned from this game is a lesson that Wenger proved long ago he has no interest in learning. For Arsenal, there’s no such thing as a different challenge. Every week, they try and be the most Arsenal team they can possibly be. More often than not, that’s a good thing. Against most teams in the Premier League, Arsenal’s brand of ball control generates a mountain of shots and stifles scoring chances. Even though the next few games are suddenly crucial for the Gunners, as they get a chance at West Ham and Southampton, the two teams directly ahead of them in the table, their having played badly against Liverpool won’t change anything.

The danger of committing to a specific system is how hard it is to change once that system becomes no longer good enough. Without Daniel Sturridge and Luis Suárez, it’s taken Liverpool three months to show signs of life — and they’re already out of the Champions League and will be in the bottom half of the table on Christmas. Arsenal have been wandering in no-man’s-land for ever longer. They’ve been unable to seriously contend for the Premier League, or to get as far as the quarterfinals in the Champions League, for years. But season after season, they’ve plugged away with the same system. Now, it’s a pretty good system, one that’s ensured Champions League qualification and progression out of the group stages ever year — something Liverpool fans would surely take in a heartbeat — but that’s been the ceiling. After yet another performance in which Arsenal stayed committed to what they do, despite the existence of obvious, more effective approaches, the question that’s been lurking since they last won a Premier League title in 2004 just got a little louder: Will a time ever come when Arsène Wenger’s limitations outweigh his results? When, in other words, will Arsenal try to be something other than Arsenal?

Spartan Warrior Draymond Green Is the Most Improved Player in the NBA ... and He's Just Getting Started