That’s a Pack of Lies: The ABBA-Hating, Leg-Breaking World of Roy Keane 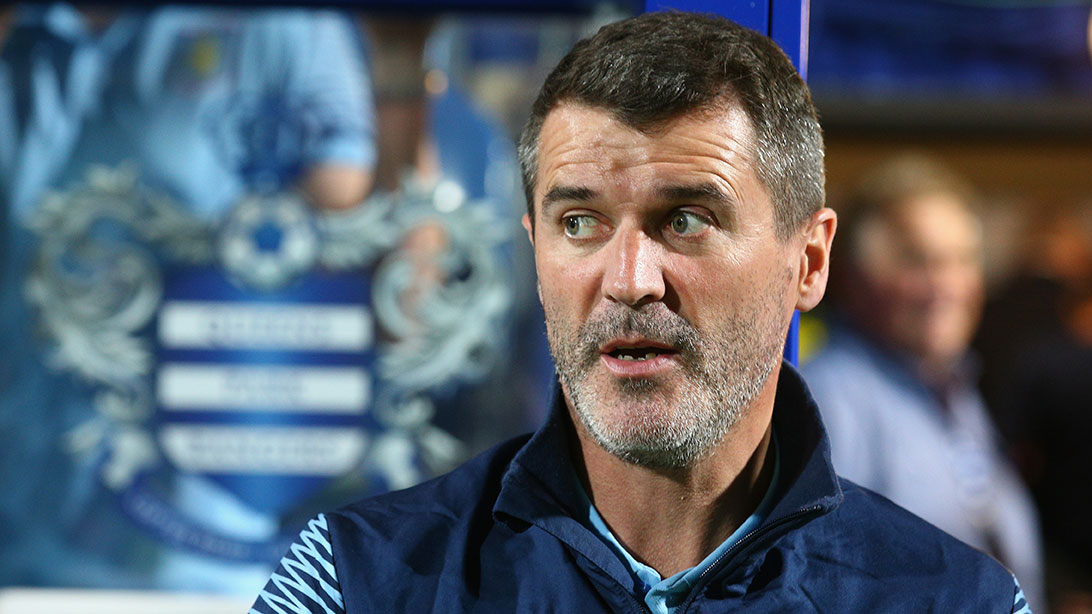 It’s been quite the four-month stretch for Roy Keane. Now, you might be asking, “Who’s Roy Keane?” Well, if you’re within earshot, he’s the one who just walked up to you, screamed a bunch of unintelligible syllables in your face, and is presently telling you to “sod off.” But if you’re not, then Roy Keane is the assistant manager for both English Premier League side Aston Villa and the Irish national team. He’s also the closest we’ve ever come to strapping a bear trap to a lawn mower and letting it play professional soccer.

Keane spent most of his playing career as the driving midfield force behind the great Manchester United teams of the ’90s and the early 2000s, winning seven Premier League trophies and a Champions League title, and gathering countless other “team of the decade” decorations. To put it bluntly, he is one of the defining players from one of the defining teams of the modern era of the sport.

In addition to his phenomenal play, Keane is equally remembered for having been (and still being — but we’ll get to that) a phenomenally violent maniac. Last month, Spain and Barcelona defender Gerard Piqué, who played for United as a teenager, recalled seeing Keane before a game in Scotland last season: “I hid my face with my hand because he still scares me. I was 26 years old, and I was shitting myself.” But the greatest and most infamous instance of Keane not fucking around is this tackle on Alf Inge Haaland in the 2001 Manchester Derby:

After the game, Keane publicly said that he had purposely tried to hurt Haaland, who, as the clip shows, mocked Keane for diving in a previous match between the two sides. Haaland, who had been struggling with chronic knee problems prior to the tackle and required surgery after, played only a couple more games before retiring in 2003. (Haaland has since stated that the tackle wasn’t the sole or primary reason his career ended.) When asked in 2002 if he had any regrets over the incident, Keane responded:

My attitude was, f**k him. What goes around comes around. He got his just rewards. He f**ked me over and my attitude is an eye for an eye.

While it seems impossible to separate Keane’s swirling madness from what made him so effective as a player, I’m not sure the disposition has served him as well in his post-playing career. Since retiring in 2006, he’s had brief but ultimately unsuccessful managerial spells at Sunderland and Ipswich Town. He got Sunderland promoted to the Premier League in 2007, winning Championship Manager of the Year in the process, but he later left the club under acrimonious circumstances, and Keane’s managing career has now been idling since he was fired by Ipswich in early 2011.

In the intervening years, Keane worked on and off as a pundit, and little news bits would pop up from time to time because, of course, Roy Keane never stops going in — even if there isn’t actually anywhere in which he can go. But then, come this summer: KEANE BACK. 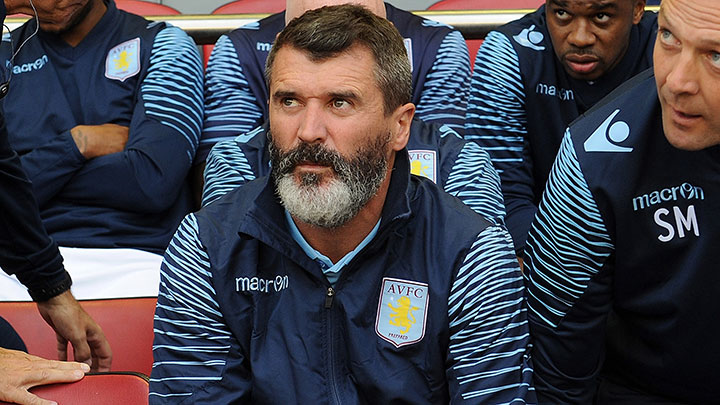 In July, Paul Lambert named Keane as an assistant manager at Villa. Since he’s been with the Midlands club, Keane has spent most of his time growing and then shaving a beard that’s best described as “artisanal Everest strandee,” peering over Lambert’s shoulder as a menacing usurper-in-waiting, and refusing “disgraceful” midgame handshake offers from José Mourinho.

In addition to getting a new job, Keane published his latest autobiography, The Second Half. (Multitudes cannot be contained in just one volume.) Some of the more important details:

• Keane admits he’s been going through a midlife crisis for years.

• If you like ABBA, Keane questions your viability as a leader of men.

• Keane once refused to sign a player because the player’s voice-mail recording was “Hi, it’s Robbie. Wazzup?” like in those Budweiser commercials.

• Sir Alex Ferguson has sold the British press “a pack of lies,” and Keane isn’t sure he’ll ever be able to forgive his former manager after the manner in which their time together at Manchester United ended.

There’s also this moment from an interview with the Guardian:

Was there ever a time when you were afraid of Ferguson?

[Looks disgusted] Afraid of him?

Anyway, all of this brings us to today. Ireland and Scotland — to some: ethnic, religious, and near-ancient rivals — play tomorrow in Glasgow, in a qualifying match for the 2016 European Championships. So Keane has been off with the Irish national team, prepping for the game. And then this happened:

Some other outlets have reported that Keane just straight-up punched a fan in the face — but whatever the specifics, he is being investigated by police after a fan asked Keane to sign his copy of The Second Half, only for things to quickly escalate into what appears to have been some kind of violent incident.

So: not great! But that’s also kind of the Roy Keane Experience at this point. Since his playing days ended, Keane has seemed to exist only because he’s Roy Keane — a sort of self-perpetuating machine of Roy Keane–ness. We’re only talking about Roy Keane because Roy Keane did something only Roy Keane could do. That’s been hilarious to a point — when he’s going on about how much he hates “Dancing Queen” or doing interviews where he “[Looks disgusted]” — but as Keane still struggles to find his footing as a manager, it’s become a hopeless cycle that just seems destined to wear itself out or blow itself up.

Unless, you know, these reports are selling another pack of lies.