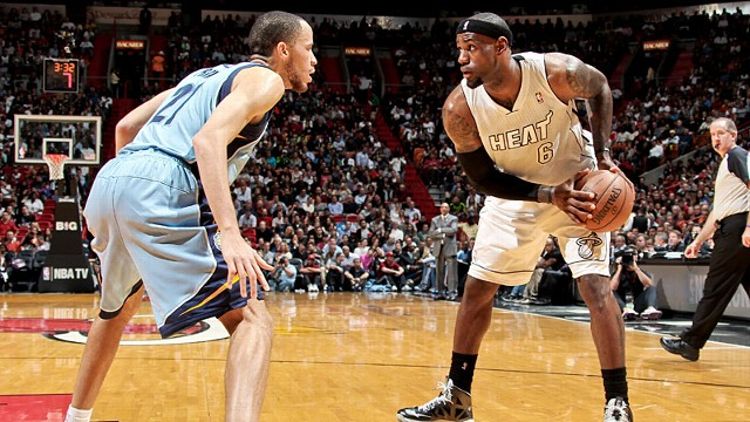 When Memphis acquired Tayshaun Prince in the blockbuster deal that sent Rudy Gay north of the border, there was very little excitement upon his arrival. The trade itself was largely about helping the Grizzlies’ financial situation for the future — not exactly the area where the average fan channels his or her excitement. Prince was simply considered a stopgap — a solid player with his best years behind him, brought in to improve the team’s spacing on offense and allow the Zach Randolph–Marc Gasol frontcourt duo to take center stage.

On the surface, Prince’s contributions have been in line with that expectation. The veteran forward has a PER of just 10.6 with averages of just 8.7 points and 3.7 rebounds per game on a ho-hum 43.4 percent from the field. At 37.5 percent since arriving in Memphis, his 3-point shooting is a marked improvement from the departed Gay, but Prince attempts only one per game. There are two stats, however, that really stand out when evaluating what the ex-Piston has brought to his new digs — the Grizzlies’ 11-3 record and their stifling 90.8 defensive rating when Prince is on the court.

While both can be easily attributed to a soft schedule — the Grizzlies have played just four playoff teams in their recent stretch and only two of them possess offenses ranked in the top 10 — the latter figure is still mind-bending. For a player who looked slow and old in Detroit, Prince has been revitalized so far in Memphis. It’s certainly not a stretch to deduce that switching from a beaten-down organization to a team in the upper half of the Western Conference is part of that reason, but the other tangible part is the 7-foot-1, 265-pound dancing bear that anchors the Grizzlies’ frontcourt.

Unlike his new teammate Tony Allen, Prince has always been a cerebral defender who relies on positioning and length more than pure aggression. This year with the Pistons, that meant he would funnel defenders toward a frontcourt trio of Jason Maxiell, Greg Monroe, and rookie Andre Drummond. Given that group contains two players with a tendency to miss rotations (Drummond and Monroe) and another with eroding shot-blocking skills (Maxiell), it shouldn’t come as a shock that Prince graded out with pretty poor defensive metrics.

In Memphis, Gasol is the perfect player to man the backline behind Prince. The Spanish big man has always been one of the best players in the league at his positioning off the ball on the defensive end of the floor. A master of the “2.9 dance,” Gasol artfully avoids violating the defensive 3-second rule in order to move his massive frame into spots that force opponents driving toward the rim into tough shots or deters them from even attacking the basket in the first place.

Of course, Gasol’s ability to leave his own man to help Prince shut off driving lanes is helped by the fact that Allen and point guard Mike Conley man the Memphis backcourt. Those two loiter in opponents’ passing lanes like world-class pickpockets waiting to take advantage of the next poor soul who moves the ball into their area of the floor.

Though Allen’s chaotic style often gets the most recognition, Conley has more of an impact as a defender. Not only is the Memphis guard second in the league in steals, but his athleticism, intelligence, and discipline combine to make him a world-class pest when defending the ball. And perhaps no player in the league — outside of an engaged LeBron James — is better at closing out to his own man when recovering from a help defense position.

When the foursome of Conley, Allen, Prince, and Gasol share the court, the Grizzlies have been holding opponents to an unfathomable 88.1 points per 100 possessions — a mark that’s nearly seven points lower than Indiana’s league-leading 95.5 rating. Even when All-Star forward Zach Randolph is thrown into the mix, that number rises to only 88.9 in the 220 minutes that quintet has shared the floor. Again, it’s a 14-game sample size that includes just six teams that boast offenses in the top half of the league, but that doesn’t mean it’s a totally irrelevant number.

Prince’s addition has also helped quite a bit on the other end of the floor, where the Grizzlies have put up an offensive rating of 107.3 in the 428 minutes the veteran forward has played for them. It’s a major boost from the 101.3 rating the team had with the departed Gay. The reason for the drastic improvement is relatively simple. According to Basketball-Reference.com, Prince has a usage rate of 15.5 percent in Memphis while Gay, a talented but inefficient scorer to this point, had a considerably higher one at 25.5. By virtue of simply using fewer possessions, Prince has made the offense much better in the early going.

The problem that will come for Memphis in the playoffs — and against the better teams they’ll face in the regular season — is how the team will use Prince and the rest of the rotation when they need points. But given the amount of shuffling head coach Lionel Hollins has done with his lineup, it seems that the team’s last 23 games will be used to figure that out. One thing that is clear, though, is that the Grizzlies’ new small forward has quietly helped the team remain a dark-horse contender.