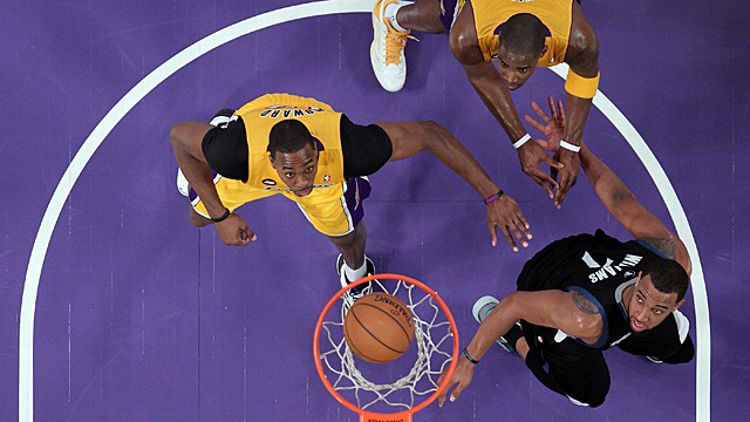 One of the basic tenets of basketball is that some shots are easier than others; a layup is easier than a half-court heave. However, it turns out that the relationship between shot distance and field goal percentage is more complicated than you might expect. Although it seems logical to assume that there is a direct relationship between shot distance and field goal percentage, this is not true. In fact, one of basketball analytics’ inconvenient truths is that many 3-point shots have higher average field goal percentages than many 2-point shots, and many of the league’s lowest-percentage shots occur much closer to the basket than you might think. 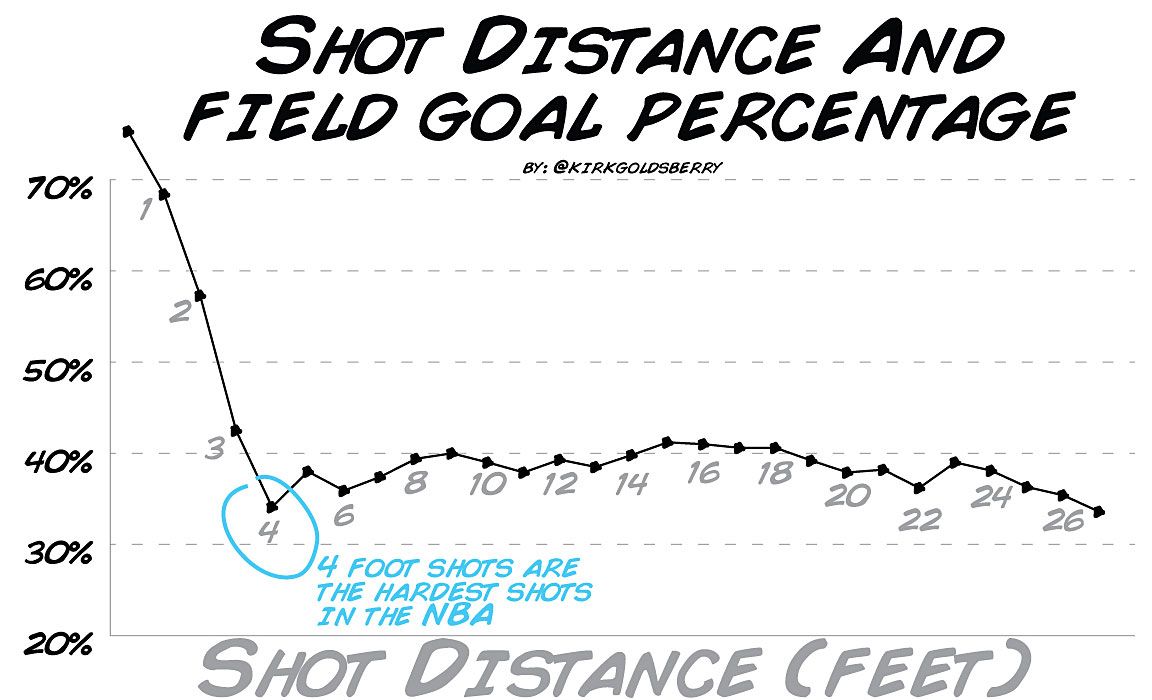 League-wide, the shot distance with the lowest field goal percentage is located in the paint only 4 feet from the rim. While it seems counterintuitive that a typical NBA 4-foot shot is less likely to go in than a 24-footer, it’s a fact for two reasons: (1) Four-foot shots are just long enough to be “shots” as opposed to dunks and layups, and (2) massive athletic defenders like Roy Hibbert, Dwight Howard, and of course LARRY SANDERS! are really interested in making sure these shots don’t go in. Four-footers are very rarely wide-open looks and are usually taken in the presence of interior defenders.

So if you’re looking for the toughest shot in the NBA, you should head toward the area just inside the left block. So far this season, this is the dead spot of the NBA. 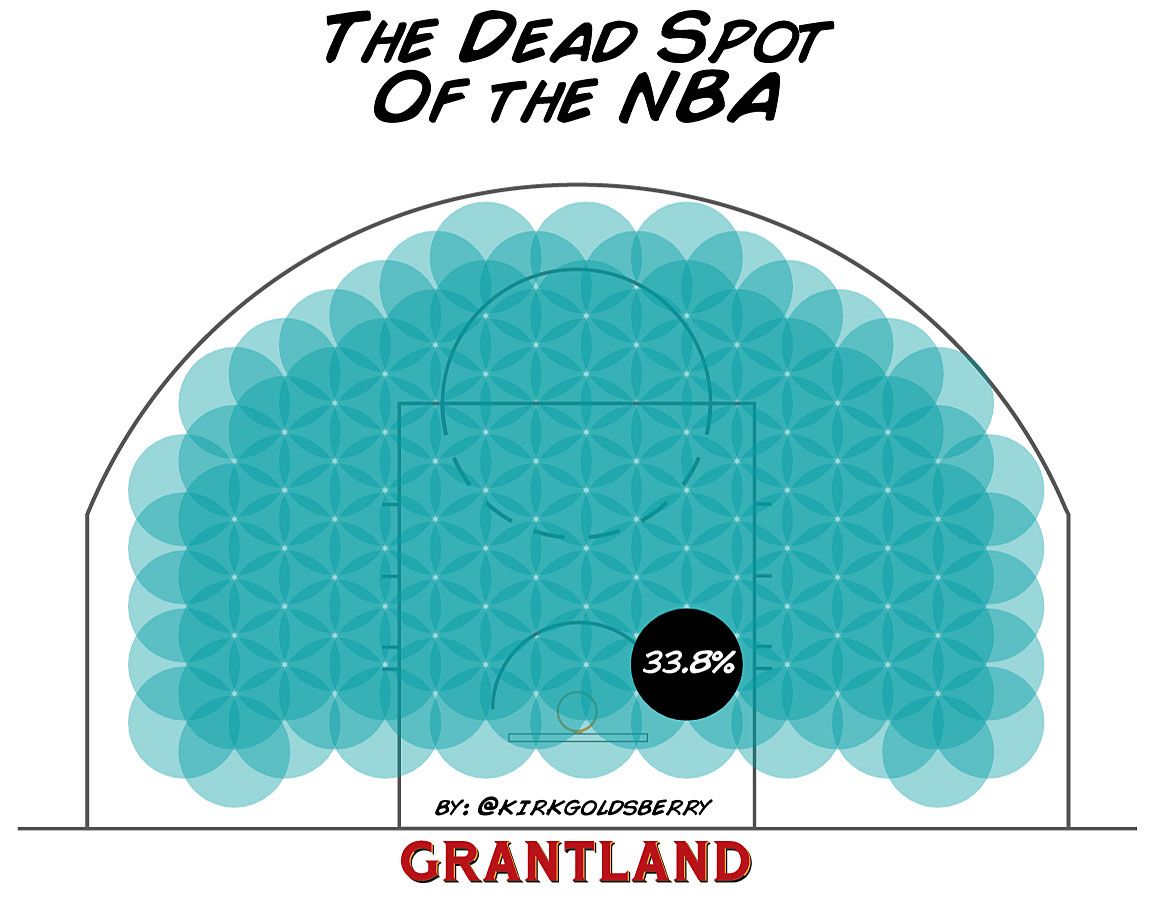 This may seem hard to believe, so here are some backing numbers. This season, the league has attempted 3,505 shots in this spot: 1,186 have gone in (33.8 percent), 2,219 have missed. Since 2010, out of 24 players with at least 100 shots in this little spot, only three are shooting over 50 percent: Zach Randolph, Dwight Howard, and Brook Lopez. In that same window, Russell Westbrook is an abysmal 23-for-110, and DeMarcus Cousins, who is the second most active player in the league in this zone, has made only 29 percent from here.

However, before we all go decrying the 4-footer as the worst shot in the league, there’s one more inconvenient truth to consider: offensive rebounding rate. Sure, 4-footers rarely go in, but when missed they’re much more likely to result in offensive rebounds and putbacks than those more distant midrange shots. Not to go all Kobe Assist on you, but when an NBA player misses a 16-foot jumper, the offense grabs the rebound only 23 percent of the time. For those missed 4-footers, offenses capture the rebounds 40 percent of the time. The bottom line is that it’s never wise to judge the overall efficiency of a shot simply on the basis of field goal percentage; shots close to the rim result in free throws and extended possessions much more regularly than longer-range shots. Despite their paltry field goal percentages, more than 60 percent of 4-footers result in points or an extended possession — this number for 16-footers is 55 percent.

Regardless, the ability to hit these contested in-between shots in the NBA remains impressive. So who is the best at this? Since 2010, 33 NBA players have attempted at least 300 shots between 3 and 5 feet from the rim, only six have made at least half of them, and only one person has made more than 55 percent. LeBron James has made 57 percent of his attempts in the awkward band of space near the edge of the restricted area. Conversely, Russ Westbrook and Jrue Holiday have made 33 percent. A lot of people know that LeBron is a beast near the rim, and attribute his monstrous FG percentage there to his frequent slam dunks, but this number proves that it’s not just dunks that make him the league’s best player near the basket; he’s also got elite touch.