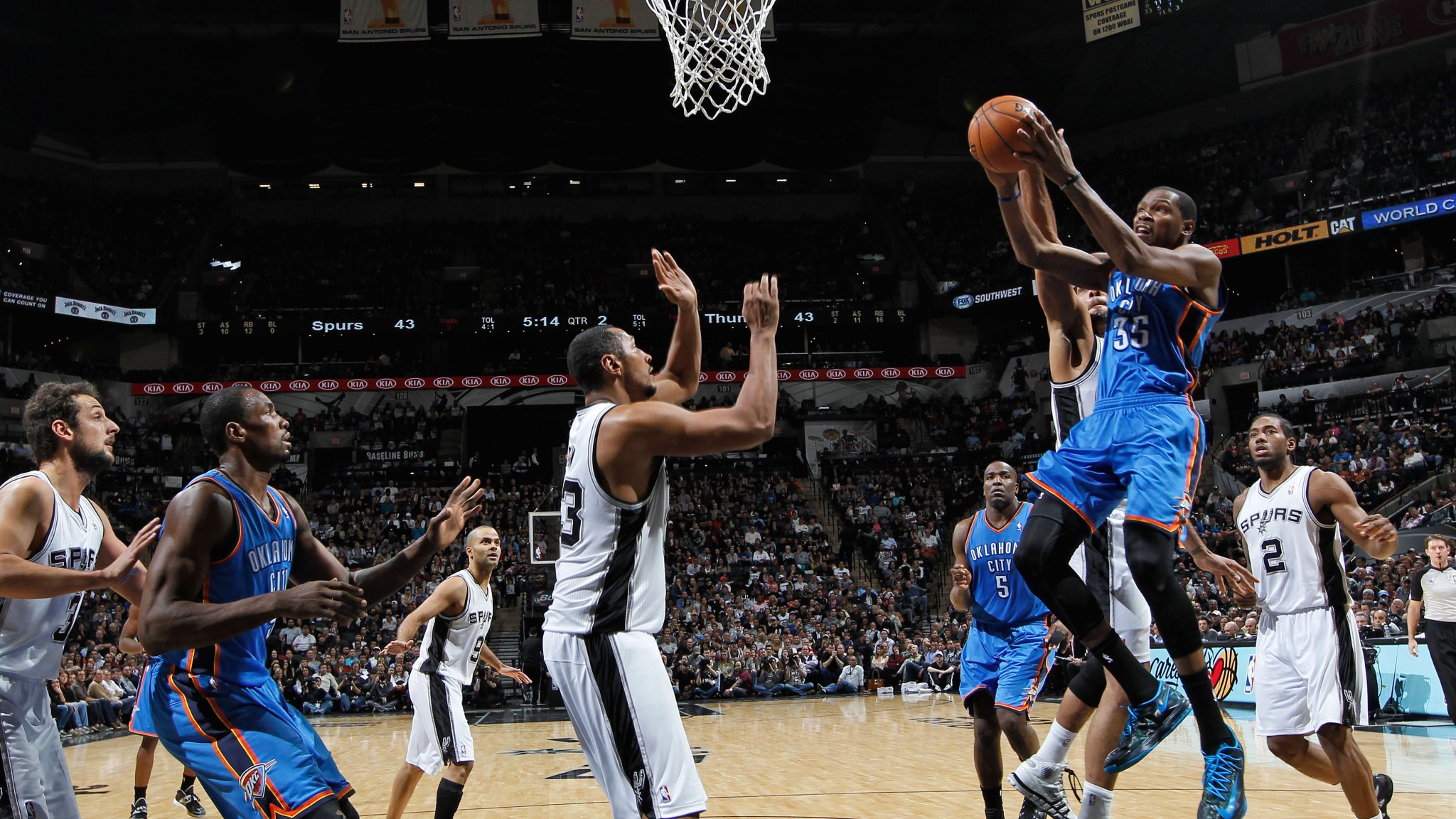 With all due respect to Dustin Pedroia, Kevin Durant is bringing his own badass laser show to Boston tonight. As you may have heard, KD, a.k.a. the Slim Reaper, is on fire. Durant has never been an average player, but during his last 11 games, he’s put up crazy numbers, even by his own ludicrous standards. 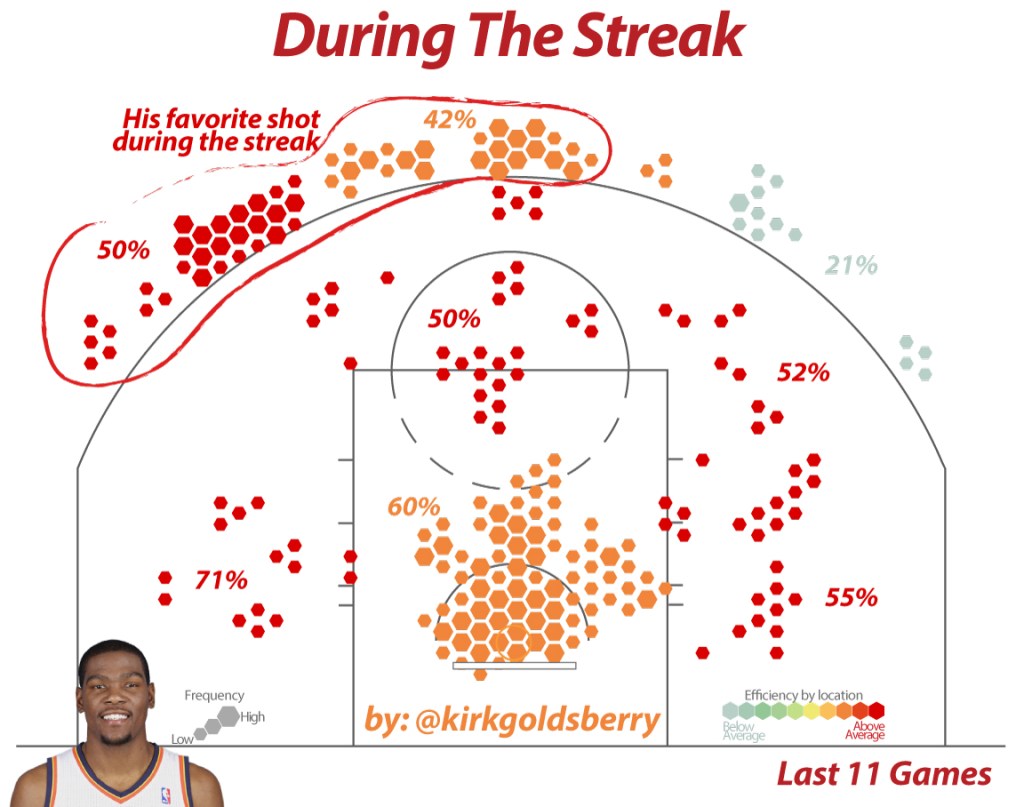 Simply put, his jump shot has never been better. Over the last 11 games he’s been particularly lethal from midrange, where he’s made 56 percent (48 of 86) of his shots. That’s insane. I guess nobody told him that area is supposed to be the “dead zone” of the NBA. As a whole, the league makes 39 percent of these shots.

While it’s undeniable that Durant is “hot,” he’s also different. In the absence of the team’s primary playmaker, Russell Westbrook, Durant has taken on a larger share of on-ball duties, and in turn, his overall offensive approach has changed. With Westbrook on the floor, Durant is less of the aggressive ballhandling attacker we’re currently seeing. You can see his new role reflected in a few numbers:

• During this January hot streak, Durant is averaging 12.4 free throws per game; in December that number was 7.4.

• Similarly, during the streak, only 32 percent of Durant’s shots are in the midrange (down from 42 percent before the streak) and he’s replacing those shots with more attempts in the Daryl Morey zones — a.k.a. the NBA Jam zones — those areas at the rim and beyond the arc. As a result, his general scoring efficiency has increased.

So far this season, when Westbrook is healthy, Durant’s most common jump shooting locations have been on the right side, in midrange, and he’s actually been mediocre in these areas. However, during the Slim Reaper Era, his favorite shots are beyond the arc, and he’s also been more efficient. Many of his recent 3s come off the dribble when he’s acting as the team’s primary ballhandler. Here’s a perfect example of Durant, the point forward, getting one of those jumpers in a key late-game possession on Wednesday in San Antonio.

That play is unstoppable, and it’s happening more and more, sans Westbrook. Nobody in his right mind would say the Thunder are a better team without Westbrook, but Durant’s reign of terror should at least provoke a reevaluation of the on-court ecology of Durant and Westbrook. In tandem, those two might be the most ferocious one-two punch in the league, but that doesn’t mean the team’s current offensive schemes are optimized for them. Here’s a scary thought: What if the Thunder aren’t getting the most out of Westbrook and Durant?

Requiem for a <del>Dream</del> Nightmare: Good Riddance to Pierre the Pelican