Will Daryl Morey’s Trade-Deadline Long Con Keep This Year’s Rockets From the Playoffs? 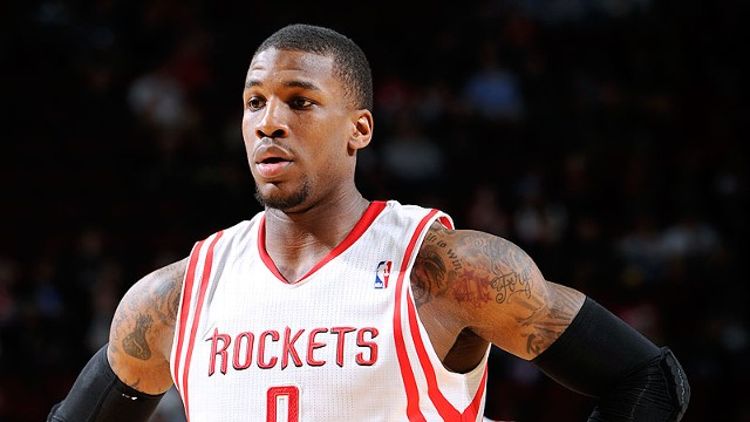 Of course, we’re talking about Daryl Morey, the general manager of the Houston Rockets and the patron saint of advanced metrics enthusiasts. Last weekend, he was a deity at the MIT Sloan Sports Analytics Conference, a gathering of 3,000 number-smashers that has become an annual pilgrimage for representatives from just about every NBA team. His remarks at a panel discussion with Mark Cuban were thirstily live-tweeted. He knocked out a podcast with Grantland’s own Zach Lowe. And this week, Morey agreed to a four-year contract extension to remain with the Rockets.

Back at the end of February, Morey was hailed as a horse-trading swindler after making a pair of deadline deals that shipped out three rotation players in exchange for higher-ceiling assets. Patrick Patterson and Toney Douglas were exiled to Sacramento for Thomas Robinson, the fifth overall pick in the 2012 draft, and Marcus Morris was airmailed to Phoenix for a high second-round pick (an underrated commodity that the Rockets have consistently exploited). The Robinson deal qualified as another of Morey’s nifty pump-and-dumps: Lightly regarded players amass value in the Houston system then get flipped for better pieces. Yes, Knicks fans, that’s the same Toney Douglas who was about as well-regarded in New York City as Papa John’s Pizza.

Lost in the flurry of high-fives from non-calloused hands is the harrowing reality of the Western Conference playoff chase. As of today, the Rockets, Jazz, and Lakers are scrambled within two games of each other — and barring Chernobyl in Golden State, one of those teams isn’t making the postseason. While mired in the thick of the hunt, the Rockets just gave up three contributors in Patterson, Douglas, and Morris for a rookie who struggled in Sacramento, Francisco Garcia, Tyler Honeycutt, and future considerations. Just how much will preparing for the future hamstring Houston’s playoff push?

Houston has gone 4-3 in the seven games since the trade deadline. They’ve beaten two tough teams in Oklahoma City and Brooklyn, but lost to the Wizards, Bucks, and Mavericks in games that were decided by an average of three points. Instead of pondering whether Patrick Patterson would have been worth a couple baskets against Dallas the other night, let’s look at how Houston’s replacement killers have fared so far.

The main beneficiary of the exodus has been Donatas Motiejunas, a rubbery Lithuanian 7-footer. While shooting better than 50 percent since entering the starting lineup, the power forward has shown decent 3-point range and an arsenal of twirling post maneuvers that aren’t so much quick as they are unexpectedly abrupt. When he was whistled for a travel in a recent game, the Houston announcers insisted the veteran referees had simply never witnessed such a move before. Motiejunas also owns an angular faux-hawk tuft that makes him look like a DJ at Berghain or early-era Kirilenko (although he lacks his Cold War comrade’s wiry athleticism and defensive stickiness). In general, he’s a unique gentleman.

Another newcomer from the Soviet Bloc is point guard Patrick Beverley, a vespine point guard who spent the last year and a half playing for BC Spartak Saint Petersburg in the Russian league. He supplanted Douglas as Jeremy Lin’s backup even before the trade, and is now playing around 20 minutes a game. And brilliantly, too: The 24-year old Chicagoan’s True Shooting Percentage is a stellar 59 percent, and he’s averaging almost 13 points, seven assists, and three steals per 36 minutes. With the Rockets’ recent acquisition of Aaron Brooks, the backcourt is suddenly well-stocked.

Then there’s Robinson, the major haul from the deadline deal. In four games, he’s already showing benefits from rinsing off the soul-sucking toxicity of the rotting Sacramento Kings franchise. He’s first-trimester underdeveloped on offense, but isn’t being asked to do much besides run, set picks, and rebound in Houston. Robinson was shooting 42 percent on the Kings — but has dumped in buckets at a 75 percent clip while with the Rockets. We’re talking about an infinitesimally tiny number of games here, but it’s stunning to see a player who had negative win shares for the year immediately become a decent contributor.

Robinson may never live up to his lottery pedigree or be a long-term solution in Houston, but it’s not difficult to see why Morey was intrigued by his potential. Even while trapped in the dystopian Maloof-mangled realm of Sacramento, Robinson averaged more than 10 rebounds per 36 minutes, a rate that put him near the bottom of the league’s top 20 glass-cleaners. And his free throw percentage is 10 percent lower than it was during his junior year at Kansas, which seems like a reversible issue. As a Jayhawk, Robinson was a glowering bully with man-strength who took about one free throw for every two field goal attempts — it’ll be interesting to see if the Rockets and coach Kevin McHale can make the foul line a similarly important part of his game (so far, so good in Houston: 12 field goal attempts, eight three throws).

But in Wednesday night’s damaging loss to the Dallas Mavericks, the Rockets didn’t get a lot of help from the scabs. With Harden hounded by ageless wraith Shawn Marion — en route to an uncharacteristic 5-17 from the field — Houston could have used more than a combined 15 points and eight rebounds in 67 minutes from the Motiejunas, Beverley, and Robinson trio. And on the game’s last play, when Harden needed to spring free of his defender, Robinson set a sloppy pick that Marion easily slithered through. Like tonight’s matchup against Golden State, these are the critical games that Houston needs to win. And if they miss the playoffs, Morey’s late swaps will inevitably come under scrutiny by Church of Gut-Feel clerics, who insist his reputation far outweighs his results.