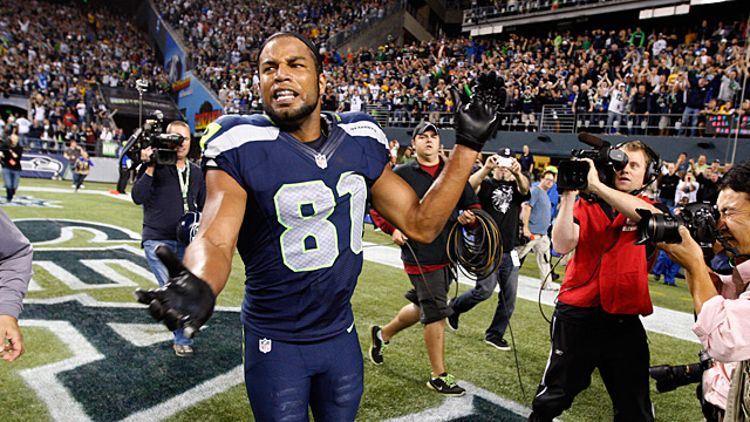 I would love to give you another takeaway about labor unions, perception, and fairness right now, but I got a little lost down a ShowtimeTate Twitter hole. ShowtimeTate is the handle for Golden Tate, the Seattle wide receiver who is now at the center of one of the biggest officiating controversies in modern sports history. This fact becomes all the more amusing when you read Golden Tate’s Twitter feed. Or perhaps, more accurately, Golden Tate’s Twitter feed becomes all the more amusing when you re-watch Tate celebrating like he just got back from the first manned trip to Mars after not catching a game-winning touchdown at the end of Monday night’s football game, which will live in infamy. Observe:

Every wonder why they put nutrition facts on the back of water bottles?

Is there anywhere to buy summer shandy in seattle?

Those are sort of without context. That’s what makes them funny. These tweets, from Packers wide receiver Tom Crabtree …

Imagine you make a painting. It isn’t perfect by others’ standards, but it’s your painting. You are proud. Then someone takes a shit on it.

… are pretty much right in context.

Still, some good has come out of this two-team pileup caused by two blind crossing guards. We’ve gotten some great commentary (above), and some great imagery, here provided by HeyBelinda.

The thrill of victory …