Sweet, Home: A Chicagoan Stands Up For Walter Payton 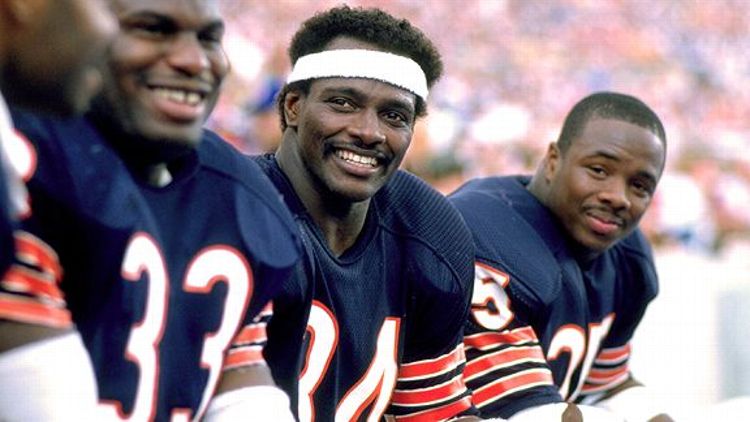 I grew up in a house that is about three miles from football’s most famous hill. I was maybe 5 or 6 years old the first time my dad took me there. The area was a landfill then — mostly trash, brush, dirt, and rocks, with a few small paths carved into tall grass. “This is it,” he said. “This is Walter Payton’s hill.” And he didn’t need to say anything else.

Like any suburban Chicago kid born as Payton’s career was ending, all I had were the stories — of running that hill, of end zone leaps, of refusing to duck out of bounds. That, and what seemed like 100 viewings of a VHS tape in my grandparents’ basement called Super Bowl Champions: The Story of the 1985 Chicago Bears (I was the only kindergartener in greater Chicagoland who thought Wilber Marshall was the greatest pass-rusher ever). That team still rules Chicago. I was 12 when Payton died. The news came late in the afternoon, just before the drive to football practice. I cried the whole way there.

That sentiment toward Payton isn’t unique among those raised in and around Chicago, and it’s why the reaction to an excerpt from Jeff Pearlman’s new Payton biography isn’t the least bit surprising. The excerpt from Sweetness: The Enigmatic Life of Walter Payton in Sports Illustrated is filled with revelations about drug abuse, infidelity, and threats of suicide. The incredulity came quickly. On Chicago sports radio, Mike Ditka called Pearlman “gutless.” Both Bears linebacker Brian Urlacher and former Payton teammate Ron Rivera dismissed the stories entirely.

Pearlman has said that based on the excerpt, he understands the vitriol. The humanness that he felt obligated to explore is what still makes Payton the most beloved athlete in the city where Michael Jordan won six titles. There was something preternatural about Jordan that made him hard to relate to, and eventually, there were too many Big Macs and too much Spike Lee for him to really belong to anyone at all. He was the world’s. But the way Payton played is Chicago — lowering shoulders in the city of Big Shoulders. In a Bears city, he was the Bear.

Some have pointed out that those are where the expectations of Payton should have stopped. He is arguably the greatest running back who ever lived, and that, they argue, is enough. But if there was ever an athlete who deserved our trust, it was Walter. Every year, an NFL player is recognized for his charitable contributions with the Walter Payton Man of the Year Award. The headlines for Pearlman’s excerpt highlight the transgressions, but the spread starts with Payton asking a flight attendant to introduce him to a 10-year-old boy in need of a liver transplant. There is still a profound sense of reverence toward Payton, whose death in 1999 has given his legend more than a decade to solidify. And he clearly put a great deal of effort into maintaining his public persona. Even knowing that, Pearlman is inclined to say this:

“If you go to a Bears game, you still see tons of people — 12 years after he died — wearing Walter Payton jerseys. That’s not just because he was a great player. He was so good to the fans. That’s why he’s iconic. He treated people with dignity.”

I don’t begrudge Pearlman. As a reporter, there’s no way I can. I’ll buy the book, and I bet when it’s finished I’ll think the same thing I do today — that Walter Payton is as human as the rest of us. What I took from this excerpt isn’t the painkillers or the infidelity. It’s that boy on the plane. Walter Payton is ours. And I still wouldn’t have it any other way.