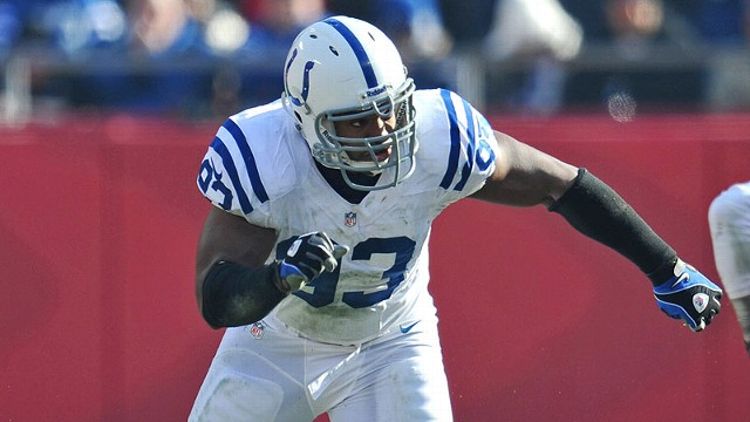 The first few days of NFL free agency are a jumble of names, rumors, and fan delusion (mostly the fan delusion). No matter how many times we see a team win a Super Bowl on the back of solid drafting and player development, early March always becomes a time when the next big name is going to put that offseason champion over the top. After a week or so, the big prizes are gone, and attention turns to the next set of saviors — that year’s crop of first-round picks.

Moves that go down in May never come with the same fanfare, but especially with the current salary-cap landscape in the NFL (with player salaries outpacing the cap), there are still bargains to be had. There are still more than a handful of players out there who can make a difference for a team, this year and beyond, and to help sift through them, we put together what we hope is a helpful primer.

Winston was the most notable casualty during the regime change in Kansas City (aside from Matt Cassel, I guess, but c’mon). He signed a four-year, $22 million deal with the Chiefs last offseason after being cut by the Texans, but with John Dorsey and Andy Reid coming to town and two franchise left tackles sitting there with the no. 1 pick, Winston was shown the door. Kansas City seems to have a better plan in place than Houston did a year ago. The right side of the Texans’ offensive line was a shuffling mess last season without their former right tackle, but now that the Branden Albert trade with Miami has fallen through, Kansas City will likely have no. 1 pick Eric Fisher on the left side and the franchised Albert on the right.

Does your team want him? I’d say so. Winston can very much still play — Pro Football Focus graded him as the ninth-best right tackle last season — and if your team is in need of some offensive tackle help, he’s probably the best option left after the Dolphins snapped up Tyson Clabo.

Why isn’t he signed? Hell if I know. Winston expressed his frustration with the market early after being cut — a common feeling among free agents this offseason. Bill Barnwell noted back in March that the slow-growing (or stagnant) salary cap would lead to some bargains, and with most of the likely landing spots gone, the teams that do want him are less inclined to overspend.

Where does he end up? My guess is Dallas. With Miami out of the picture, the Cowboys remain one of the tackle-needy teams that’s been linked to Winston, and apparently, they liked him more than Clabo anyway. The hurdle for the Cowboys is figuring out what to do with current right tackle Doug Free. Dallas is asking Free to take a pay cut, and if he doesn’t, he’ll almost certainly be cut. The move would save Dallas $7 million, according to Calvin Watkins of ESPNDallas.com, but the money wouldn’t be available until June 1. If Winston hasn’t signed anywhere before then, the move would make a lot of sense.

Freeney is just one of the several franchise lifers allowed to walk this offseason, but in terms of how he stacks up among the group, he’s closer to Ed Reed than Brian Urlacher in terms of what’s still left in the tank. Run defense was never Freeney’s strength, but the gap between his abilities as a pass rusher and his abilities on early downs has only widened in his later years. In his first season as a 3-4 outside linebacker, Freeney still managed 42 combined hits and hurries, according to Pro Football Focus. That’s two less than DeMarcus Ware and seven more than Clay Matthews.

Does your team want him? That all depends. An extra pass rusher never hurts, and although Freeney has shown he’s still capable of bothering quarterbacks, any deal has to come at the right price, which brings us to …

Why isn’t he signed? Because his initial asking price was completely insane. In early post–Elvis Dumervil-fax machine–hiccup talks with the Broncos, Freeney was reportedly asking for $8 million per year. For anyone keeping track, that’s a higher base salary than either Dumervil or former Raven/Browns signee/postseason hero Paul Kruger got this offseason. Freeney eventually came down from that price — to $6 million, which Denver also said was a no-go. With the draft now over, Freeney is said to be looking for something down in the Osi Umenyiora range — $8.5 million for two years, including bonuses — and apparently that more agreeable number has piqued the interest of a few teams.

Where does he end up? The thinking for a while was that Freeney would wind up a Bronco, but with Denver signing Shaun Phillips last month, that now seems less likely. The Lions are reportedly another team who’s interested, and considering their pass-rush options right now are the super-raw Ziggy Ansah and the run-first Jason Jones, Freeney could certainly provide a boost.

Sticking with aging pass rushers, Abraham is still looking for a job after being part of the Falcons’ big-contract veteran purge at the beginning of the offseason. Atlanta elected to sign Umenyiora, four years Abraham’s junior, as a replacement, but the move isn’t necessarily an upgrade. Abraham had double-digit sacks again last year, and there’s no reason to think he doesn’t have a year or two left.

Does your team want him? See Freeney, Dwight.

Why isn’t he signed? Well, he almost was. It looked like Abraham had a deal worked out with the Titans, but that reportedly fell through over the weekend. The hang-up seems to be Abraham’s insistence about playing-time language the Titans just don’t want to include. Abraham sees himself as an every-down player while the teams after him are looking for a pass-rush specialist.

Where does he end up? I’ll stick with Tennessee. As it gets later into the offseason, issues like snap totals are going to play less of a role for guys who want to make sure they stick somewhere.

Richard Seymour had another solid year in Oakland, finishing as the 14th-highest graded defensive tackle in the league, according to Pro Football Focus, but at 33, the Raiders elected to void his contract. The Raiders are another team in the process of complete overhaul in terms of their personnel, and even with Seymour playing at a relatively high level, it’s not a surprise to see GM Reggie McKenzie cleaning house to start anew with his own guys.

Does your team want him? It’s been a while since Seymour played in a 3-4, but he does have some experience there, and a scheme-diverse, experienced player who’s still got something left might be attractive for teams looking to play around with multiple fronts.

Why isn’t he signed? There are reports saying Seymour doesn’t want to play unless it means a big check, and considering the type of deal he had in Oakland, my guess is Seymour and his potential employers might be at odds over what that number looks like.

Where does he end up? If Seymour doesn’t retire (he says he still wants to play), the most likely destination seems to be Atlanta. The Falcons were reportedly in touch with Seymour earlier this offseason, and with some cap relief coming on June 1 (that’s when Clabo’s money is off the books, and a Matt Ryan extension should provide some additional breathing room), Seymour could be an option early next month.

Brandon Moore is a rarity in sports today, in that not only is he underrated but he’s stayed underrated. So underrated, actually, that people outside New York will probably remember him more for the butt-fumble incident than his excellent tenure with the Jets. In terms of 2012 performance, Moore is the best player on this list. According to Pro Football Focus, he finished as the league’s fourth-highest graded guard — five spots ahead of former Bill and Titans’ free-agent signee Andy Levitre, who signed a six-year, $46.8 million contract this offseason.

Does your team want him? If you need a stopgap at guard, you sure as hell do. The only problem with Moore is that …

Why isn’t he signed? He’s 32. Levitre is 27 this week. Also, Moore is reportedly asking for upward of $3 million a year, and that sort of money just isn’t getting shelled out to guards in this market. Winston is struggling to get much more than that as a tackle, and Moore’s former fellow guard in New York, Matt Slauson, an above-average starter, got just $815,000 to sign a one-year deal with the Bears.

Where does he end up? Moore hasn’t been linked to many teams, but as June rolls around and some cap room comes open, he’s guaranteed to find a job. It’s just likely going to come with a much lower price than the one he’s asking for.
Buffalo, which now has a hole after losing Levitre, is one possible spot.

Last season was no different for Bradshaw, in that his main issue was with staying on the field. He played in 14 games, but many of those were at less than 100 percent. Still, he managed his second 1,000-yard season and was productive when given the work. He was set to make more than $3 million this year — a number the Giants were looking to save.

Does your team want him? Bradshaw is only 27, and he’s shown that he’s capable as the no. 1 option in an offense, or as an added ingredient. We know at this point that no team is ever set at running back, with injuries and the need for multiple personnel groupings. Bradshaw is a chance for teams to get better, and for cheap.

Why isn’t he signed? Again, it’s the same old story — injuries. Recovering from foot surgery this offseason, Bradshaw was only cleared to play in late April. Now that he’s healthy and the draft is over, allowing teams to have a better understanding of their depth chart in the backfield, he should find a landing spot soon.

Where does he end up? The rumors for most of the offseason had Bradshaw landing in Green Bay, but the Packers spent two draft choices on running backs last month, each with a unique skill set that is going to give them a diversified punch behind Aaron Rodgers. Pittsburgh is another team that reportedly reached out to Bradshaw earlier this offseason, and that seems like the most realistic fit. The Steelers drafted Le’Veon Bell in the second round, but Bradshaw would provide a nice complement to the former Michigan State workhorse.