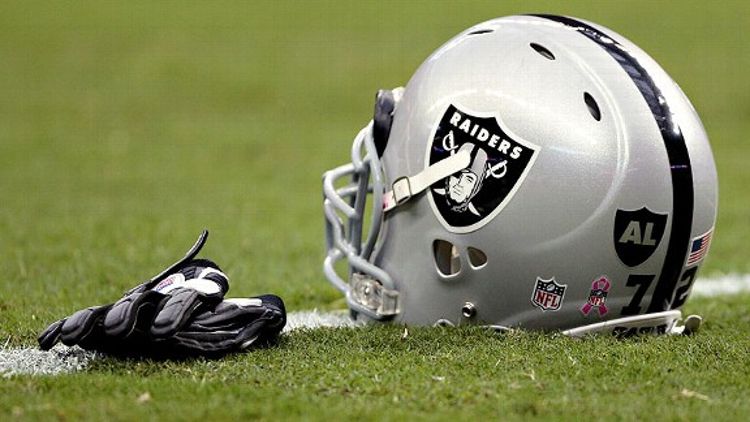 The Reader E-mail of the Day comes to us from Dustin in Richmond, Va. Dustin e-mailed our EIC, Bill Simmons, to take issue with something Cousin Sal said during a B.S. Report podcast, regarding the praise heaped on the late Al Davis, following his death. What follows is not only a rebuke to Sal’s statement, but a fierce defense of Davis’ much-maligned personnel moves in the last few years of his life (with minimal editing).

I was listening to this past Monday’s podcast yesterday and when I heard Sal comment that praise for Al Davis following his passing was “the greatest example of fake praise ever,” I nearly broke my computer. Your response was, without question, an uninspired combination of trying to not entirely agree or disagree with your buddy merged with an obscure comment about how winning for Al Davis the day after his death was somehow disingenuous.

Sal’s comment about how people’s opinions change from how he was “stubborn, pig-headed” and a “micromanager” to “well, he stood by his convictions” following his death and that somehow lacked authenticity were all lazy, myopic comments on the passing of a true pioneer and those who cared about Al the man and Al the businessman, owner and undisputed leader of Raider Nation.

Now, to be fair, during the early part of this brief exchange you did say people should focus on the positive aspects of the deceased in the immediate aftermath of their passing and while that was appreciated, by me at least, it rang hollow and felt fake when considering the proceeding couple minutes of the exchange.

I am a great admirer of yours and not naive and childish enough to suggest I am going to boycott your columns, podcasts, etc. because of an otherwise forgettable conversation between you and Cousin Sal. The truth is, I thoroughly enjoy everything you do.

Also, I do not even expect to you to read this as I imagine you get numbers of e-mails in the five digits every day. This is more therapeutic for me than anything as, full disclosure, I grew up a few minutes outside of Oakland and have been a lifelong Raider and Warriors fan (I do also root for the Lakers. You can blame my uncle for this. He was often tasked with babysitting my sister and I until I was about 10 and he is a diehard Lakers fan. I have tried to inoculate myself from them, but very fond memories of Magic [whom my uncle had a serious man crush on], Kareem [agreed on him as a ninny] and Worthy [one of the most overlooked superstars of the last 30 years] have been impossible to extricate. I officially gave up a few years ago and succumbed to their, albeit, acquired charm.) Though this may ultimately prove to be a cathartic exercise, I wanted to remind you of some of the remarkable things Al Davis accomplished.

Before we begin though, it should be unanimously agreed that Al dropped the ball big time for nearly the entirety of the past decade. I, like many in Raider Nation, despised where he was taking the team and his stubbornness around the draft was legendary. At times, even I blurred the line between criticizing his team management skills and who he was as a person. The longest Super Bowl hangover in history continues in Oakland in large part because he signed undeserving players to outrageous extensions and drafted size and speed, regardless of whether these guys could actually play football. It was terribly frustrating and amazingly short-sighted.

Things very slowly started to turn around in the 2008 draft but we didn’t know that until last year. Run DMC has been a revelation over the past year and might be the best running back in football this side of Adrian Peterson and Ray Rice. Branch, Scott and Schilens have all made nice contributions over the years, too. Though we gave up too much, if I remember correctly, this was the year we brought in Seymour whose positive contributions on and off the field cannot be spoken about enough. 2009 brought us DHB (clearly a late bloomer), Louis Murphy (a very good WR, when healthy) and Matt Shaughnessy (has turned into a Top 25 DE). The trades were unspeakably awful in that draft. It is hard to justify bringing in DeAngelo Hall, Samson Satele, Mike Mitchell and losing out on Munnerlyn in the 7th round. Those moves were inexcusable, but we wound up with talent and didn’t give up any truly great future prospects.

2010 is where the windfall begins and I believe I remember you writing something about fake speculation that Al Davis had died before that draft because it went so remarkably well. I laughed at it then and it still makes me laugh now. I repeated it to all my friends who found it hysterical as well. You cannot disagree with these picks: McClain (smart and explosive), Houston (could be a Top 5 DE down the line), Veldheer (I didn’t know he would be this good), B. Campbell (classic Raiders pick, likely combine baby, but still young), Jacoby Ford (Are you kidding me? The 4th round? Can you imagine him playing with Tajh Boyd and Sammy Watkins right now? Cannot wait to get him back in the game plan), and W. McFadden, Goethel and Ware (all who have some contributions).  Oh yeah, and let’s not forget about JC, a guy Al convinced the Redskins to pretty much give away and someone Hue Jackson has turned into, gasp, a potentially good QB and one that could start in a fantasy league bye week. We haven’t had that since Rich Gannon.

2011 was only slightly less of a windfall, but Al didn’t leave us much for the 2012 draft, which is shaping up to be pretty good. Wisniewski (bloodlines excellent, will be a Pro-Bowl G or C in the future), DVD and Chekwa (raw with blazing speed but look like they can play with some experience), Barksdale (sneaky good pickup), Taiwan Jones (tons of potential and has showed flashes of excellence) and what is looking the biggest late round steal of the ’11 draft, Denarius Moore (another “are you freakin kidding me, how did everyone miss this talent” pick.  Everything else that needs to be said about him has already been said. Could and should be special). Finally, who knows what Pryor will bring us, but I am excited to find out.

My point with this recap is even though Al lead us down a mind-numbing path for years, signs were there that he was opening his mind just a tiny, fractional bit and starting to adapt to an ever-changing league. The man was always controversial, brash and as a businessman, manipulative. Yet, these are all qualities American society not only tolerates, but deifies. We love successful people. We love winners. Al not only beat the old NFL into submission, but worked his way up the ladder from Assistant to HC to partial owner to principal owner in 15 years. If that isn’t enough for people to applaud as a true, hard-working American success story let me remind you of a few other things.

He was one of the two most influential people in the AFL-NFL merger, which created the modern-day, $10 billion/year industry we know as the NFL. … He was the first to stand up to his league’s (and probably the NFL, too, at the time) vile and embarrassing (and not very well hidden) stance on blacks and whites on and off the field, famously telling a player who made some stupid remark about one of his teammates dating a white chick that he and his team don’t put up with this “bullshit” and if anyone ever did it again he would not only make sure that person was never a Raider, but never able to play football again.

He had that sort of pull and that sort of gravity to his personality. He was charismatic and kind, generous and loving, according to family and friends. It is absolutely not far-fetched to think he was very close to his players, even though he could not be on the field or in the locker room attributing primarily to his declining health, and for those players to want to “just win, baby” for him last Sunday.

While these are merely anecdotes and undeniably not the entire Al Davis biography, they do speak to the man’s character. He was a man of iron-clad will and diehard conviction. For all his faults, he was solely responsible for that organization and always accepted that responsibility.  For better and worse, he was Raider Nation. He gave us Art Shell, Tom Flores, Gene Upshaw, Jim Plunkett, Jack Tatum (one of my all-time favorites), Fred Biletnikoff, Ray Guy, Howie Long, Tim Brown, Rich Gannon and so many others, not to mention three Super Bowls. He gave us a swagger and identity unmatched by anyone, except maybe the Steelers, in the league. A man’s life is not measured by his last 10 years or his last 20 years. Al lived 82 years and spent 50 years in football. To minimize his magnificent, gargantuan, once-in-a-lifetime achievements or what he did for the game of football is completely, intellectually dishonest.

Thanks for your time and patience. Thanks, too, for your contributions to the sports world, Bill.  It would not be nearly as fun without you.

Who Wouldn't Want to See Larry Bird Like This?