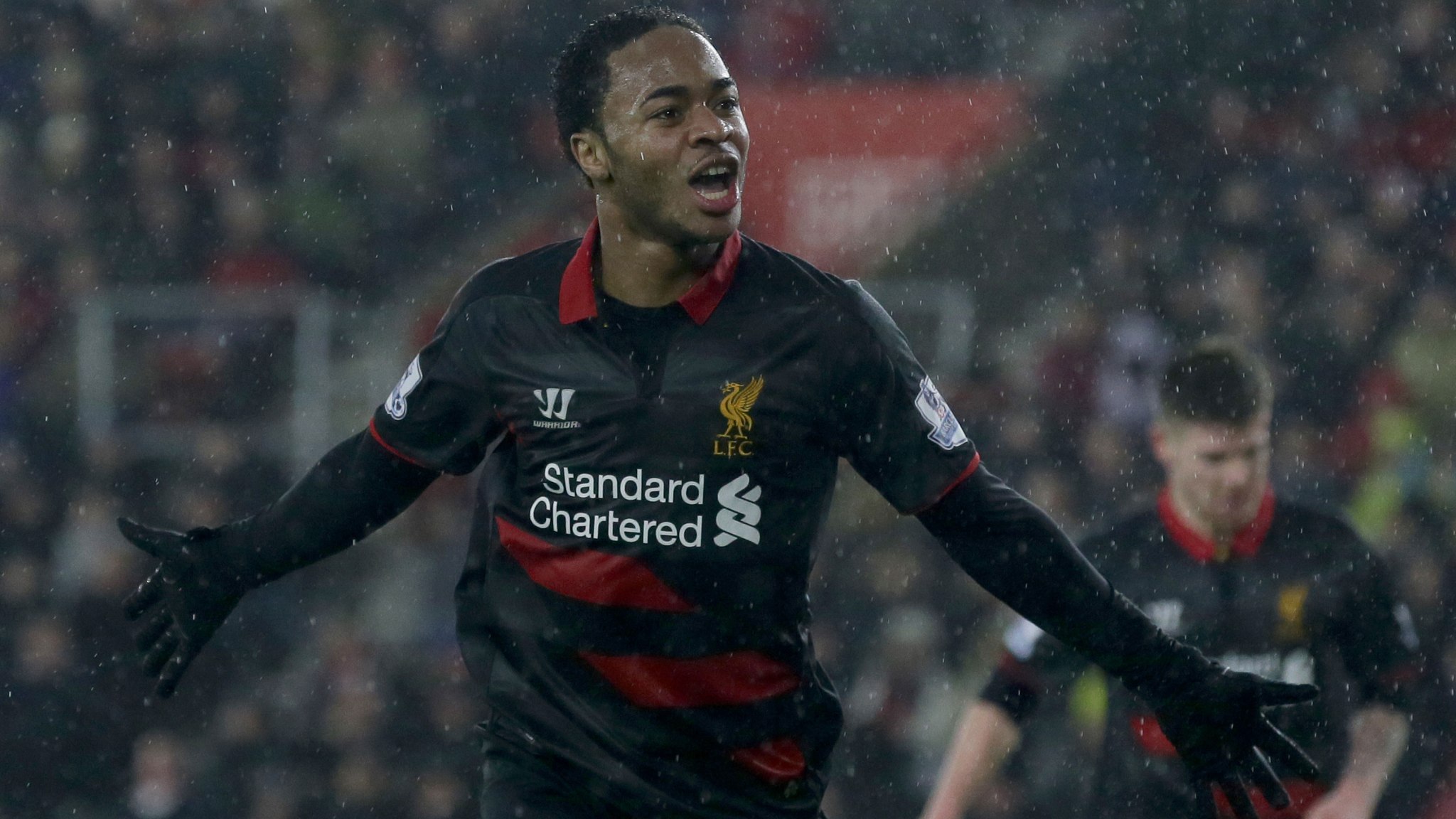 Raheem Sterling wants to get paid. The Liverpool phenom is on a contract that earns him £35,000 a week for two more years, and everybody agrees he’s worth way more than that — it’s just a matter of how much more.

Liverpool have reportedly offered to increase Sterling’s weekly wage, but not up to the £150,000 the 20-year-old is asking for. As of now, contract negotiations appear to be on hold until the summer. When they pick up again, they’ll do so with the ominous cloud of the transfer window looming overhead. Sterling hasn’t made any noise about wanting to leave the club, but the longer the contract impasse continues, the more real the possibility becomes. The outcome of these talks could be the defining event in how the Liverpool squad looks for at least the next half decade.

How will the negations play out? The answer comes down to two separate but related issues: How much is Sterling worth? And how much should Liverpool be willing to pay him?

How Much Is Sterling Worth? 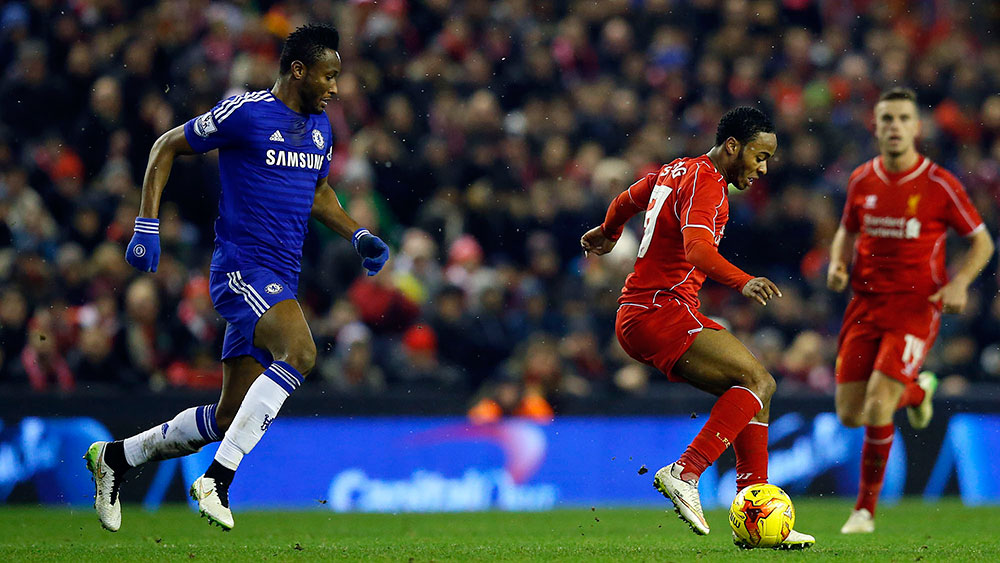 One of the oddities of the transfer system is that it’s always pushing the crisis point on negotiations earlier and earlier in a contract. From an American point of view, it’s somewhat strange that Sterling’s contract is an issue when there are still two full years left on it after this season. The issue for Liverpool is that the closer to the end of the contract Sterling gets, the less leverage Liverpool has when it comes to asking for a transfer fee: You can ask for more money from a team when it’s buying a player who has multiple years left on his deal, as opposed to just one. Other clubs won’t be willing to shell out £40 million or £50 million when they can just wait one more season and then get Sterling for free.

Clearly, Liverpool’s American owners, Fenway Sports Group, know this, and it’s part of the motivation for offering him such a hefty raise in the first place. What Sterling’s skill set is “worth” in wages is actually secondary to the decision-making process. As soon as one club is willing to pay Sterling in the neighborhood of £150,000 a week, then that’s what he’s worth. The question then becomes: What is he worth to Liverpool?

Sterling is very, very good. Statistically, his value is difficult to pin down because of his positional versatility. Over the past two seasons, he’s played on the wing, centrally behind a striker, as a lone striker, and as a wingback. We simply don’t know how good he’d be if he was getting the same high volume of final-third touches as other preeminent attacking players. Sterling is only 21st in the Premier League in percentage of a team’s final-third touches.1 And yet, he’s 14th in the league in chances created per 90 minutes, 19th in shots on target per 90, and ninth in successful take-ons. Plus, moving Sterling to striker back in December probably saved Liverpool’s season and instantly created a focal point for a dynamic attack that had been slow and stagnant with more traditional strikers like Rickie Lambert and Mario Balotelli leading the line.

Even still, all of that ignores the most crucial number: Sterling’s age.

How Much Should Liverpool Be Willing to Pay Him? 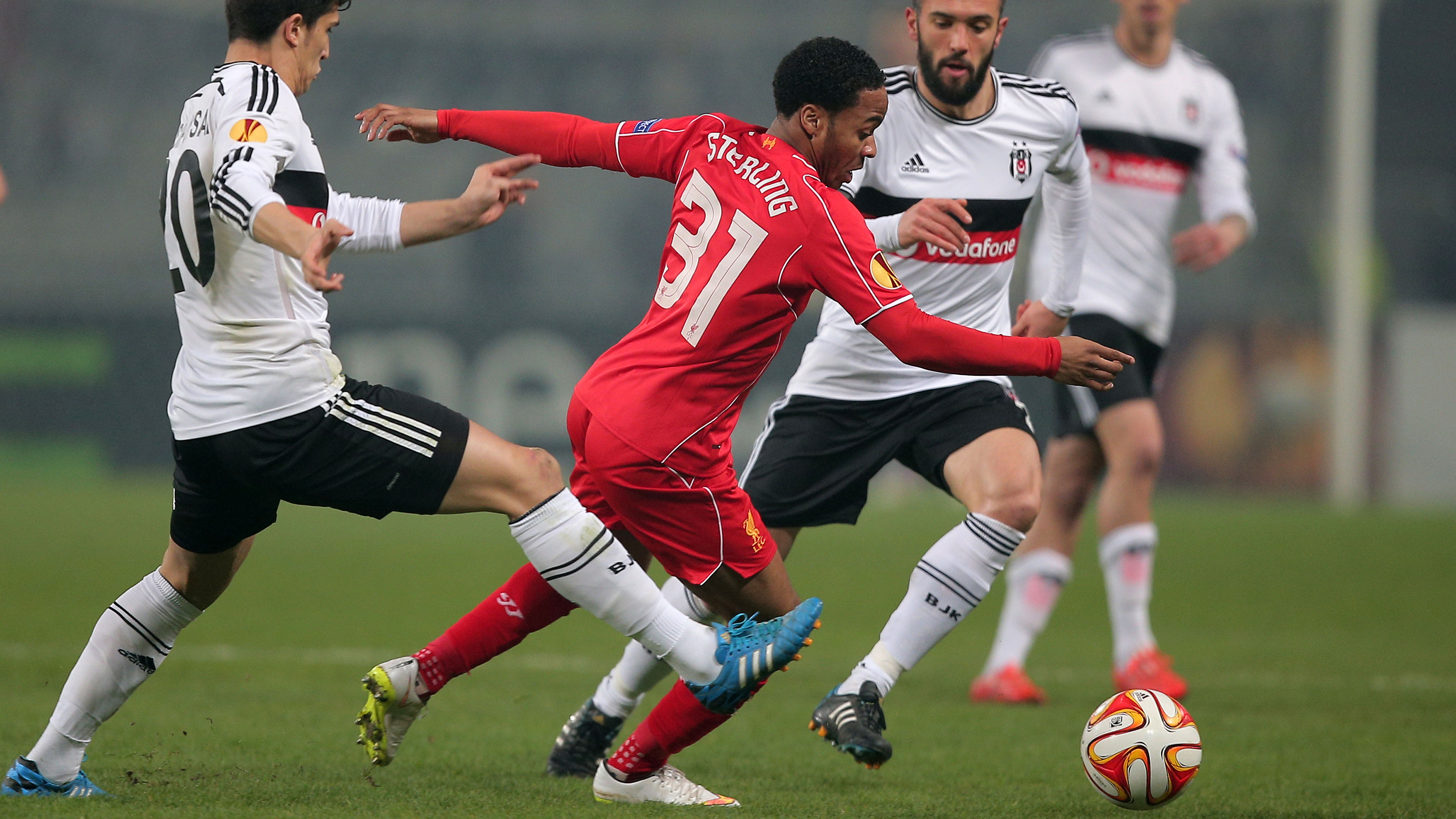 In other sports, offering young potential stars more money than they’re immediately worth generally make sense. If a team expects a player to keep improving, a contract that slightly overvalues that player in the first season can become a bargain in the second and third. The flip side of this is what’s known as “the Ryan Howard”: when you compensate a star for past performance and then watch as he ages poorly and ends up vastly overpaid.

When it comes to paying soccer prospects, the transfer-system calculus changes things: (1) Contracts can be no longer than five years in length, so none of those mega, Alex Rodriguez–style, decadelong monstrosities are in play. (2) Since there’s always the possibility that another club will later be willing to pay a player more money, teams are never guaranteed to maintain control of the player for the length of the deal. Liverpool could decide to overpay the 20-year-old Sterling now, and then in two years, when he develops into a superstar, find themselves in the same situation: forced to decide whether to give him a hefty raise or to sell him to a team that will. But even if that happens, Sterling’s transfer value will presumably have risen, so the overpayment still creates future value for the club.

Right now, Liverpool have a very good player who might become great, and he wants to get paid like a superstar. Crucially, he also wants to stay at Liverpool. So this is not Gareth Bale, who refused to play in the preseason in order to force his way from Tottenham to Madrid, or Luis Suárez, who demanded a transfer when Arsenal came calling and used that interest to negotiate a new contract with Liverpool, only to have his his newly negotiated buyout activated by Barcelona a year later. No, this is a homegrown player who would prefer that Liverpool — rather than another team — pay him. If the Anfield club won’t overpay to keep him, it’s hard to see exactly how they will ever keep any top-end talent. For clubs without bottomless pockets, like Liverpool, it’s near-impossible to acquire a superstar, but it might be even harder to replace one. Liverpool’s squad is talented, deep, and young, but there’s only so much that a talented, deep, and young team can do without a star sitting on top of the collection. And if you start selling off those talented, young players before they reach their potential, that star may never come.

As it stands, it seems like Liverpool value Sterling less than the current market does. They want to pay him less than what other, albeit richer, teams would. That’s backward: Teams like Manchester City, Manchester United, and even Arsenal can go out and buy the players that Sterling might potentially turn into — heck, they might buy Sterling himself in three years if he signs a new deal to stay in Merseyside — but Liverpool can’t. His potential should be worth more to Liverpool than it is to those other teams.

But hey, maybe this is all just posturing from a management team that’s trying to strike the best deal in a situation where they have very little leverage. That’s what Liverpool fans should be hoping for. Whether they are — well, that’s a different story.

Where’s the Beef: Can the Red Sox Survive Their Crap Starting Pitching?