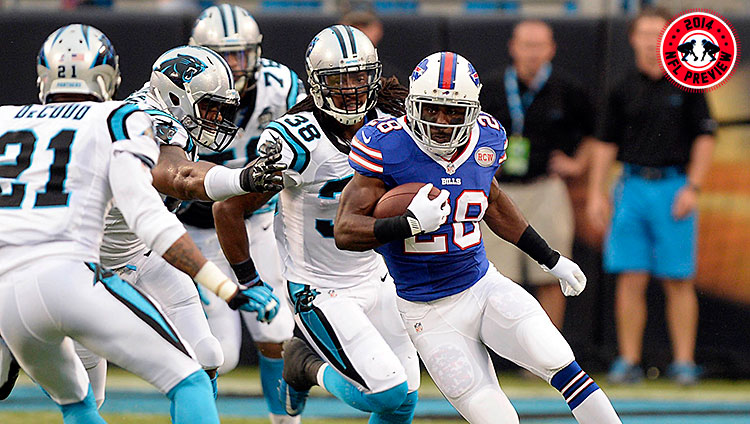 Fantasy football is supposed to be fun. I know it might sound obvious, but there are times when that idea gets lost, whether it’s when you’re smashing your laptop after a stat correction costs you a week, or when you’re sitting there, at 11:58 on Sunday morning, having an existential crisis about whether to take a chance with your no. 1 running back, who’s playing on Monday night and has been wearing the questionable “Q” like a scarlet letter for the past month. We all have moments when the joy we once took from this game is gone.

In an effort to save myself from those moments, every year at least part of my draft strategy revolves around the simple principle that got me started playing fantasy in the first place: Is rooting for this guy going to be fun?

The team I’ve put together below is that concept at its purest: Build a realistic fantasy team1 that would be more fun than any other while also not being a total embarrassment to your league-mates. While words like “value” and “risk” still creep into my real-life decision-making, this group is designed solely as a suggestion for how to squeeze the most enjoyment possible out of a Sunday in front of RedZone. It’s a team chock-full of injury risks, size and workload concerns, and consistency issues. If any of that concerns you, then I think you’ve already missed the point.

[Note: Some players’ values have changed slightly since this piece was written earlier in the week. But the point here is to have fun and not obsess over the numbers.]

Don’t overthink it. Every person who even kind of likes football already loves watching Megatron. Just imagine how it would be if you had an emotional investment in him. As someone who’s done it before, I would contend that there’s no more enjoyable fantasy experience than getting to cheer for Calvin Johnson every week. There’s always a chance he not only wins you the game single-handedly, but that he also does something absolutely insane while he’s at it. Do it. I promise you won’t be disappointed.

I get why Jay Gruden didn’t want to give Bernard, his 5-foot-9 rookie, 250 carries, but few things were more frustrating than watching the Law Firm run into his offensive line and fall down over and over while Bernard was doing stuff like this:

The Bengals brought in Jeremy Hill to replace BenJarvus Green-Ellis’s as the obligatory “big back” whose main job is to steal carries from Gio, but I’m hoping in Bernard’s second year he sees more work than he got as a rookie. The list of guys I want to see catching a screen pass in the open field goes McCoy, Charles, Bernard — and Bernard isn’t going to cost you a top-three pick.

Yeah, he finished second in the league in receiving yards last year, and yeah, anytime he touches the ball he can take it to the house. But the joy in watching Brown is in plays like this:

I’ve used that GIF before. I don’t even care. It’s rare for a receiver to combine game-shattering speed with an innate knack for getting wide open — guys usually make up for one with the other. Brown has both. He’ll finish a 75-yard slant one play and corkscrew a helpless corner into the ground on the next. When it comes to seeing someone who just knows how to play receiver, Brown might be my favorite guy in the league.

In case we needed another reminder of how no one knows anything, Ellington was a sixth-round pick last year. He only led the league in broken tackles per touch and had eight runs of at least 20 yards. That’s one about every 15 carries. He’s going to get the ball a bunch this year. Just trust me here.

I originally had RG3 in this spot, mostly because the chance for a return to rookie form was too much to pass up. But I’m still a little worried about Washington’s QB.

As for Russell Wilson, the Seahawks haven’t asked him to do much in the past, but I have a feeling they unleash him more this year than they ever have. With Percy Harvin, two rookie WRs, and an aging Marshawn Lynch, I assume Wilson takes a bigger role in the offense. Add that to the fact that he’s already one of the more entertaining, effective scramblers in the league, and that when Seattle does let him throw, they really let him chuck it. (Almost no one’s average attempt was deeper than Russell’s last year.)

If you still have any doubts about his arm, here’s a play I stumbled onto while watching film for another piece:

Yeah … chew on that for a second.

T.Y. Hilton is faster than everyone, and Andrew Luck’s arm is actually the weapon from the Death Star, so be ready for a lot of these:

If anything, this means having boundless amounts of Gronk in your life. If that isn’t enough (it should be), then how about him scoring at least 10 touchdowns every year he’s been even relatively healthy? The ridiculousness and injury stuff with Gronk have started to overshadow how he won a ton of fantasy leagues for people two years ago. He’s easily the biggest risk here, but there’s always the chance he does that again.

This is the first one that depends on how your league is scored. If you don’t get points for special teams touchdowns, then pick a team with a pretty good defense and pray for some pick-sixes. If your league does give points for punt and kick return scores, there’s really no other option.

Dave Toub, the coach who orchestrated the Devin Hester era in Chicago, is in charge of the special teams in Kansas City. In one year, they went from 22nd to 1st in special teams DVOA. Toub got seven return touchdowns out of Knile Davis, Quintin Demps, and Dexter McCluster last season. How many do you think he’s going to get now that he has De’Anthony Thomas? Here’s a hint: probably a lot.

I hope this doesn’t require an explanation.

OK, so I might have lied when I said Gronk was this team’s biggest risk. Spiller destroyed fantasy teams last year, but he’s still only 27, and running back no. 3 is the toughest spot to find actual excitement. Is Rashad Jennings for $11 smarter than Spiller for $16? Yeah, probably, but also boring as hell.

Throw Percy into the “probably not smart, but if it works … ” column. I think he was involved in about 10 plays for Seattle last year, and on nearly every one of them, he did something crazy.

The guy told his coaches not to worry about calling a play to start the second half of the Super Bowl, because he was going to return the kickoff for a touchdown. And then he did.

I think I’ve already made my feelings about Cordarrelle well known at this point. He was the MVP of NFL RedZone last year, and this year, he’s probably going to get the ball about twice as much.

Taking a chance on small running backs who are going to catch a lot of passes is always more fun than filling the back end of your roster with handcuff-types who are an injury away from getting to play. Woodhead is genuinely exciting, and he caught 76 passes last year! This is actually a decent value and the chance to root for a 5-foot-8 guy running past linebackers.

If you didn’t know Archer before last week, you might have seen the chunk of yards he ripped off a screen pass against the Giants. Archer was the fastest guy at the combine, and he has a shot at being one of the rare gadget players who actually works out.

Rookie receivers are always dicey, and no one is crazy about the Bucs’ quarterback situation, but man, watching this guy go up and get jump balls is going to be fun. He has a chance to catch anything thrown within about 15 feet of him. I think even Josh McCown can manage a window like that.

With Gronk as your starting tight end, it might not be a bad idea to take backup. There’s a reason Ladarius Green is this year’s go-to fantasy sleeper, and it’s because few tight ends just run right by people:

Even if this isn’t the year he becomes San Diego’s full-time tight end, the scattered highlight plays makes him worth it. He scored once every six receptions last year. I’m not great at math, but that seems like a lot.