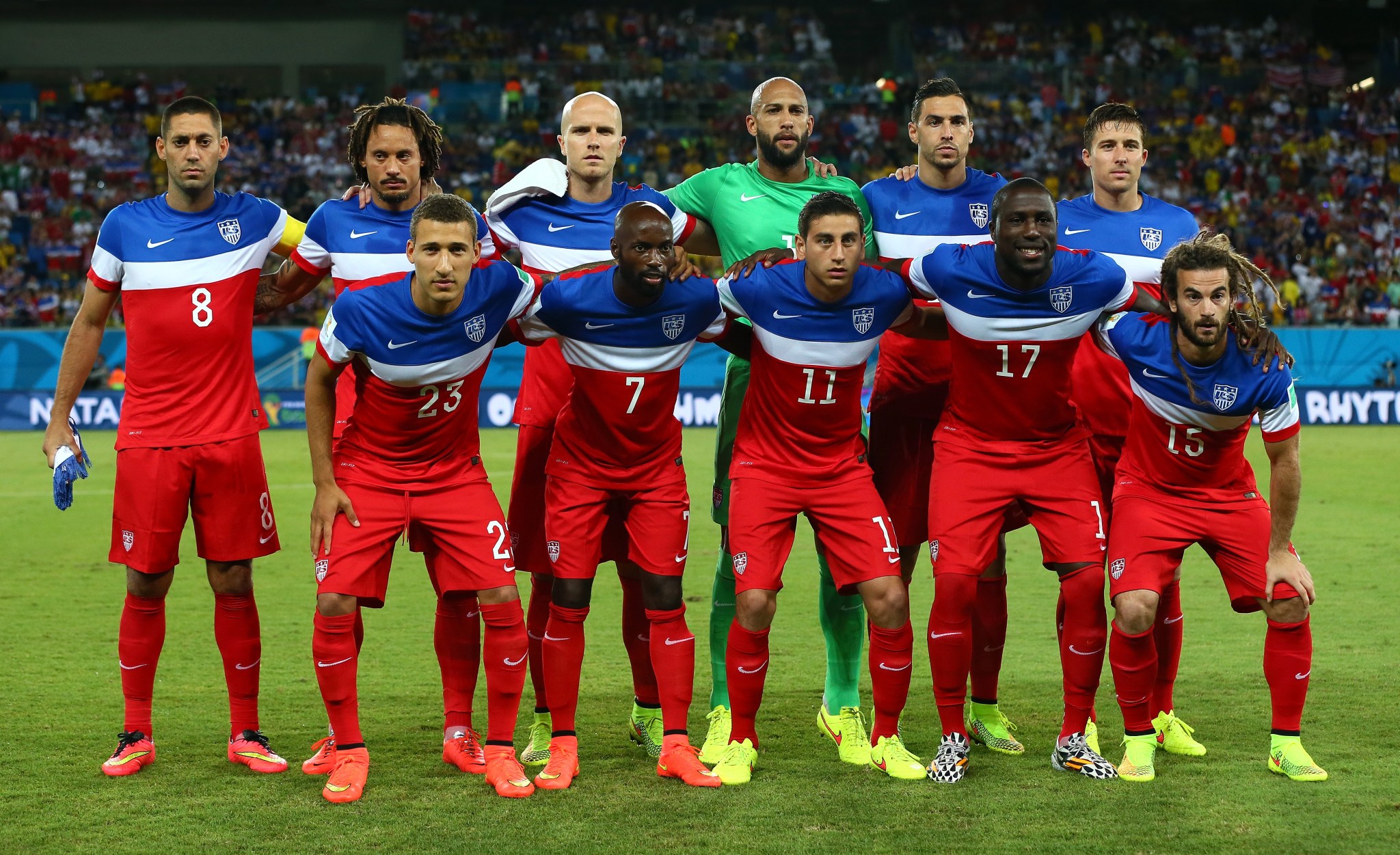 “We cannot win this World Cup, because we are not at that level yet.” –Jürgen Klinsmann, December 2013

While the United States men’s national team coach could have been more tactful in his choice of words, the sentiment he expressed to the New York Times was anything but false. The American squad did not win the 2014 World Cup. The team bowed out to Belgium in the Round of 16, an acceptable if not spectacular showing in the quadrennial affair.

As the U.S. grows up as a soccer nation, however, simply emerging from the group won’t be enough. The team will be expected to bring home the trophy or at least have a strong chance to do so entering the tournament. The question is, how can we get to that point? The answer involves a combination of developing players domestically and recruiting dual nationals who grow up abroad.

It means putting in place a pipeline in which the strongest teenagers get excellent coaching, scouts find unknown talents like Clint Dempsey at Furman University, and potential superstars such as Arsenal’s Gedion Zelalem commit to the red, white, and blue. Everyone involved is desperate to find the right mix, and they may be getting closer.

Project 2010 failed. The U.S. was not a legitimate threat to win the World Cup in South Africa, and although players including Landon Donovan, DaMarcus Beasley, and Jozy Altidore came out of the U-17 academy in Bradenton, Florida, the program outlived its usefulness and has always been too small to deal with the vast landscape of American soccer.

It’s that very size and scope of the U.S. that makes finding talent difficult. “It’s a challenge to scout in this country,” Tony Lepore, the United States Soccer Federation’s director of scouting, told me last year. While America might have the greatest number of youth players, the sheer area means it’s easy for a player to slip through the cracks, especially when the final pool consisted of just 40 players at the IMG Academy a few miles north of Sarasota.

The solution is the Development Academy system, a group of 100-plus clubs that adhere to USSF standards, follow the organization’s curriculum, and place as much weight on producing talented players as they do on winning. (It also improved the quality of coaching, a less sexy but ultimately more important factor.) The program launched in 2007 with U-16 and U-18 leagues and added a U-14 division last year, dramatically increasing the number of teenagers receiving top-level coaching. We’re starting to see the system work, with Seattle Sounders FC Academy graduate DeAndre Yedlin making the World Cup roster.

Tab Ramos, who coaches the U.S. U-20 team and is currently in the Bahamas overseeing a U-23 camp, notices the improving quality. “Players come to the national team prepared,” he said. “If they join a Development Academy club, they come from places where they are training at least four days a week with clubs that have a plan for every session. From an educational standpoint, these were things that were not happening before.”

He continued: “We are slowly seeing more and more players who are prepared to have the ball. If we look back 15 years ago, we were happy if we completed a certain amount of passes in a game. Now, we look for players who not only can hold possession but who can have possession with a purpose. We are looking for players who can make the penetrating pass, the pass that’s going to make a difference.”

While the academy system is the most comprehensive American plan to date, even the best development structures take time to work. You can’t snap your fingers and make a 13-year-old 18; you can only hope he gets strong coaching and develops his skills in the right way. It’s difficult to see overall improvement on a week-to-week or month-to-month basis. But Ramos and other U.S. coaches — who, of course, are paid by the USSF — insist they see the talent level rising.

Still, the very top lacks depth, which means the best players in the domestic programs reach a ceiling. “The players have to get used to being extremely competitive,” Ramos said. “When we get to the older age groups, we don’t have that extreme competitiveness and confidence that some of the European and South American teams have. That comes with a little bit of time as well.” 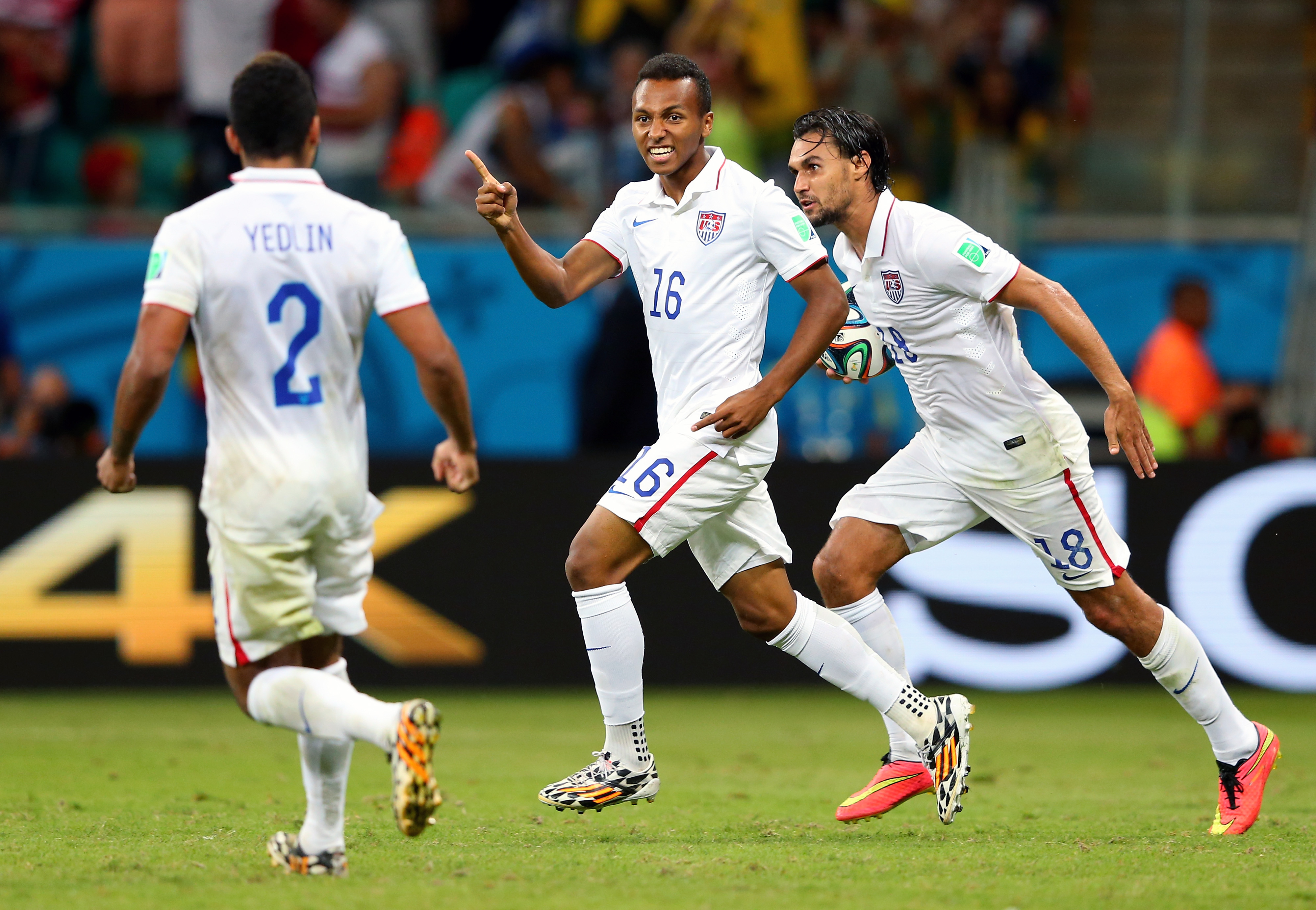 Somewhere under the watchful eye of Arsène Wenger, a teenager makes a case for time with one of the English Premier League’s top clubs. Zelalem — who lived in Washington D.C. between the ages of 9 and 15, may or may not have U.S. citizenship, and has a father who owns an American jersey — has been called the next Cesc Fàbregas. Klinsmann hopes to recruit the future star as he did Julian Green, Fabian Johnson, Aron Johannsson, and others who had the option to play for another national team.

A robust domestic development system is the best way to produce senior national team talent, but dual nationals are vital to the squad’s skill level, now and beyond. Klinsmann can improve the team’s chances in Russia if he uses his charm, experience, and the fact that the U.S. will qualify for every World Cup in the foreseeable future to convince a couple of young men to pledge their allegiance.

While recruiting dual nationals is nothing new — see: Regis, David — the process ramped up five years ago when then-U-20 coach Thomas Rongen put together a list of 300 potential players who were worth watching. It included Johnson and Green, as well as John Brooks, Mix Diskerud — who Rongen noticed at a friendly tournament in Mexico — Terrence Boyd, and Alfredo Morales. Every year, the U.S. coaching staff adds names of players to watch. Potential targets include the Portland Timbers’ Darlington Nagbe, the New England Revolution’s Diego Fagúndez, and Shawn Parker of Augsburg in the Bundesliga.

“The Julian Greens are still out there,” Rongen said when I asked him about the future of dual nationals affecting the U.S. squad.

But he added a word of caution. “I think it has to be two-fold: you have to aggressively pursue players in Europe and you have to do your due diligence in your own country,” he said, noting that he found an unknown Dempsey while on a scouting trip to watch college teammate Ricardo Clark. He stumbled onto players like Stuart Holden, Alejandro Bedoya, and Sean Johnson by watching endless soccer games in far flung parts of the U.S.

There’s enough American talent to reach World Cups at every age level — a reality that helps with recruiting — but there’s still a big gap between the U.S. and the best countries in the world. Is the program getting better faster than Spain or Germany? I think you would say yes, especially if you took the entirety of the last 30 years into account, but you can argue that the improvement has stagnated recently. The Klinsmann refresh is designed to juice the program and add a bit more continuity.

“It’s like night and day,” Ramos said of the difference since Klinsmann became technical director. “I think in the past what happened was every youth national team was on a little bit of an island. You had the U-17s and the Residency, which had one philosophy. You had the U-18s, who had a different one, and a U-20 coach with another. Those days are over. We share. We have all the youth national team depth charts together.”

The U-20 coach overstates the case, as there certainly was communication between age groups before 2011, but Klinsmann has taken a holistic view of U.S. soccer (and has been given the resources to accomplish his aims). We’ll see some young U.S. talent at the 2015 Gold Cup and especially during the 2016 Olympics, assuming the Americans qualify. Brooks, Green, and Yedlin should go, along with rising MLS stars like Shane O’Neill, Wil Trapp, Dillon Serna, and Luis Gil. European-based players including Will Packwood and Cody Cropper will contend for spots. And who knows, Zelalem and a few to-be-determined dual nationals could don the red, white, and blue as well. Top to bottom, it should be the best American squad at an Olympic Games.

The U.S. did not win the World Cup in 2014. It was not at that level. It won’t be in 2018, either, nor will it take home a gold medal in Rio. But the future draws ever closer and the next American coach could be saying there’s a chance.