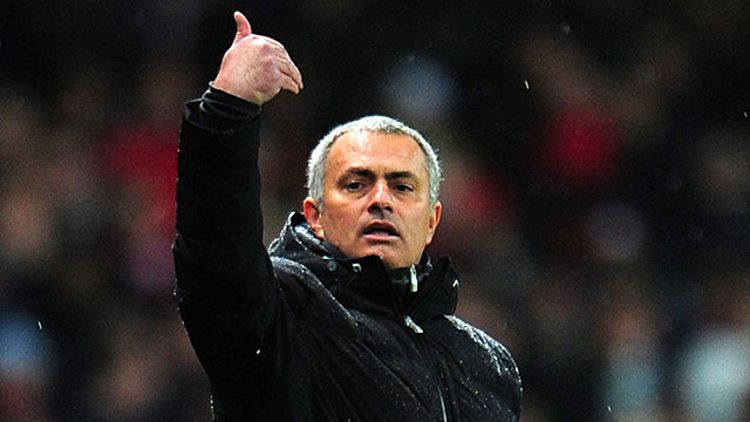 A look back on the winners and losers from the busy holiday season in the Premier League.

The Relegation Battle
Mike L. Goodman: Horrible starts and managerial changes for Fulham, Crystal Palace, and Sunderland seemed to put the bottom of the table (or, at the very least, Sunderland and Palace’s places there) in little doubt. But a funny thing happened on the way to the Championship: On Boxing Day, all three teams in relegation battles won road games. And even though the three teams took one point combined from the weekend’s games, the unexpected results seriously juiced the battle for 16th. There are now seven teams either in the relegation zone or within three points of it, and even lowly last-place Sunderland is only one win away from safety. The race to the bottom just became as wide-open as the race to the top.

Brett Koremenos: The decision of Jose Mourinho to loan out Romelu Lukaku and hang his title hopes on the strike of Eto’o, Fernando Torres, and Demba Ba (at least until the January window opens) has been one of the most scrutinized personnel moves of this past year. That trio has only scored six times in the Premier League combined, while Lukaku’s nine goals, including his most recent winner against Southampton, have propelled Everton into the Champions League chase. By matching Lukaku’s winning strike with one of his own, Eto’o helped secure three points in a massive fixture for Chelsea. The veteran striker also nabbed an apparently starstruck Mamadou Sakho’s kit in a halftime exchange (seriously, that happened).

Ryan O’Hanlon: You won’t ever see when, but there will be a couple of moments throughout your life when bits of your soul diffuse out your pores, never to return, like the gas steaming out from the top of your local garbage dump. You’ll know when it happens, though. You won’t be any lighter. You won’t be a different person. You won’t see the world in a new or worse way. You won’t have lost innocence or misplaced any other kind of virtue. No, you’ll just have watched 45 minutes of NBC at the wrong time on the wrong Saturday in December.

Goodman: The ironic thing about Manchester United’s Christmas-time recovery is that the six points they took from wins on the road against Hull and Norwich City came from two performances that were somewhere between pedestrian and putrid. On one hand, that might suggest that reports of United’s recovery are greatly exaggerated. On the other hand, these were exactly the kinds of wins United specialized in during the latter years of Sir Alex Ferguson. Whether the uptick is sustainable or not, halfway through the season, United lurk just three points off a Champions League place and eight from first place. Obviously it’s not where they hoped to be, but it isn’t irretrievably far away either.

O’Hanlon: “Grown Man Sheds Hair After Prolonged Drought” is one possible headline from Saturday’s Hull City–Fulham match. If that sounds overly biblical, it’s because it should. There are few things more beautiful than watching Huddlestone strike a soccer ball. It’s like God folding a piece of paper. The process is so deliberate and calibrated that the result seems totally detached. He swings, and then the ball moves so much faster than his leg ever does. While the “two fro” haircut was fun and for charity, here’s to God Foot never going more than a year without another goal.

Chris Ryan: Someone needs to put this in slo-mo and play “Danny Boy” over it. Hell, if you lost your last two matches by a combined score of 8-1, you’d probably be throwing garments too.

O’Hanlon: Although he scored two goals in a really weird game against West Ham — i.e., there were six goals and not zero — after his first, the man whose default playing style is “I literally don’t care about anything because I am a sad robot” made what was, at worst, an anti-Semitic salute and, at best, a show of support for a beleaguered comedian pal, who is beleaguered because he’s an outspoken anti-Semite. While Le Sulk has apologized, denied any anti-Semitic connotations, which is, frankly, bullshit, and implored his Twitter followers not to trust the media, he’s likely facing at least a five-match ban.

Koremenos: Fulham is a side that definitely qualifies as something close to terrible, so it wasn’t overly shocking to see them on the wrong end of a lopsided scoreline. The problem for the Cottagers is that such a beating didn’t take place at the hands of one of the league giants, a somewhat excusable scenario given their dreadful form so far this year, but instead was dished out by a scrappy, organized, but altogether unimpressive Hull City. Allowing the Tigers to bury them in an avalanche of goals was not only deflating to an already reeling side, it dropped Fulham’s goal differential all the way to minus-22, five goals worse than any other side in the Premier League. As one of six clubs currently within five points of last-place Sunderland, Fulham will need every bit of good fortune to survive the relegation dogfight. Giving up six goals against an attack as underwhelming as Hull’s — the Tigers had just 16 total goals entering Saturday’s match — doesn’t help their chances.

Goodman: After 17 games, Liverpool were on top of the table, with 36 points. After 19 games, still on 36 points, Liverpool sit fifth. It’s hard to fault Luis Suarez & Co. for losing narrowly on the road to Manchester City and Chelsea, but it’s also hard to ignore just how many teams were able to take advantage of those dropped points. It’s a testament to the parity at the top of the league that two losses mean Liverpool is only three points ahead of eighth-place Newcastle, despite remaining just six away from first. Away wins against top competition could have solidified Liverpool as a title contender; instead, the defeats emphasize just how quickly a difficult stretch of games can change a team’s outlook on life. Liverpool remain strong contenders for a Champions League spot, and they have at least an outside chance at the top of the table (six points is only six points after all), but that’s a far cry from where they could have been if a couple of questionable calls had broken differently.