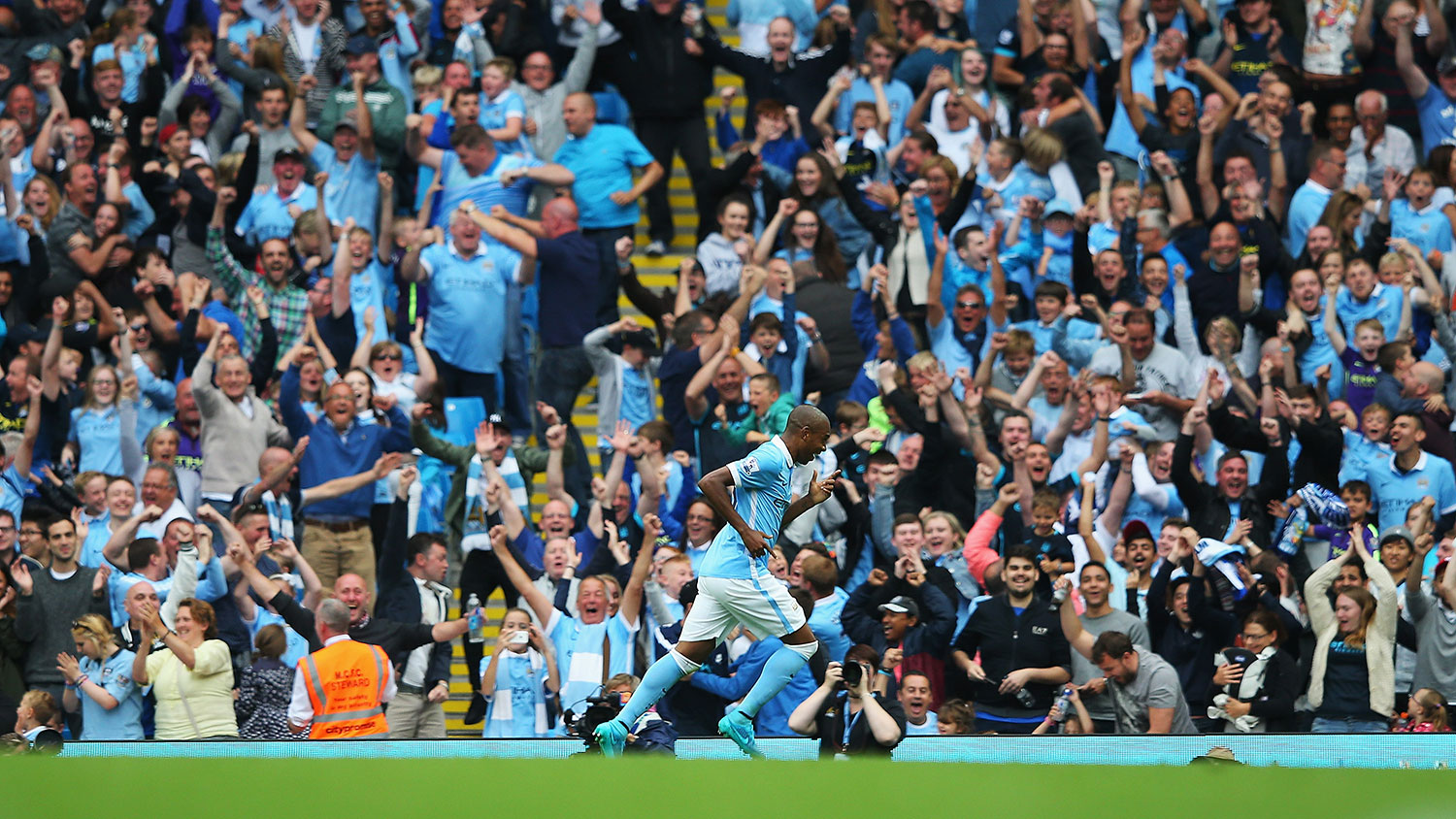 There was plenty of good football played this weekend, from Stoke’s thrilling comeback against Spurs, Arsenal’s righting of the ship against Crystal Palace, and another impressive performance from Swansea. But the main event happened Sunday, when Chelsea traveled north to face Manchester City. The home team registered an emphatic 3-0 victory, but there are still some lingering questions that need answering …

Is Fernandinho the Best Defensive Midfielder in the Premier League … Again?

Ryan O’Hanlon: After a year of Nemanja Matic fortifying Chelsea’s wall and lobbing fireballs the other way, we all seemed to forget there was another “Consensus Best Defensive Midfielder in the League” not too long ago. Yesterday, Fernandinho had a chance to serve up a reminder, and he whacked it past Asmir Begovic:

It’s a cliché across all sports, but it’s also what defines the modern, mobile, midfield anchor: Fernandinho was everywhere against Chelsea — like a drone that learned how to play soccer. He led the team in tackles,1 continuously cut down could-be-dangerous moves from Eden Hazard, successfully did a Diego Costa to Diego Costa, scored that goal, and provided the necessary safety to back up Yaya Touré’s omnipotent roaming and City’s hot knife of a front four. Two games does not a 38-match season make, but after yesterday, we’re giving Fernandinho his title back until further notice.

Chris Ryan: Baby steps, but he’s going in the right direction. You are never going to win the war of the words with Mourinho. You bring a knife, he brings a gun, that’s the Setúbal way. You have to beat him on the field. Sunday was only Pellegrini’s third win against Mourinho in 14 attempts, but it’s a testament to the total and complete way in which City won that it felt like a new chapter in this long-simmering rivalry.

Mourinho and Pellegrini’s beef stretches back to when the former replaced the latter at Real Madrid. Long story short, Mourinho called Pellegrini a loser. When Pellegrini did respond, it was usually to comment on the occasionally cynical style of play Mourinho prefers. There were missed handshakes and overwrought goal celebrations, but there can only be so much of a rivalry when one guy treats the other like a speed bag.

On Sunday, the speed bag hit back, this time by imitating his adversary. Check out these postgame comments from City defender Vincent Kompany: “I have never felt as prepared for a game as I did for this one … You could see it — we were setting traps all over the pitch and it planned out perfectly for them.” Sounds like he’s talking about quite a special one, doesn’t he?

How Big of a Deal Is This Result?

O’Hanlon: From a raw, total-points view, guess what? This game — the one between the supposed best teams in the league not named “Leicester City” — wasn’t that important. Sure, Chelsea now find themselves five points adrift of the top of the table, but they’ve still got 36 games left to make up that deficit. If Mourinho & Co. were going to lose one game this season, it was this one: City away is the hardest fixture on their schedule. Plus, they still get to host Pellegrini’s team in April.

Despite all of that, here’s why it’s more than “just one game.” Although the club’s website would tell you otherwise, Chelsea look like last year’s Tottenham, a sometimes-nice attack coupled with a defense that hands out free shots from the center of the box. And City look scary as hell, coupling an aggressive, proactive defense with a newly varied attack that can both run and pass you into the ground. In short: With the schedule still a ways away from evening out, five points isn’t too much to make up, but a continued, massive gulf in performance certainly will be.