Paris Is Rising: Have a Nice Bordeaux With That 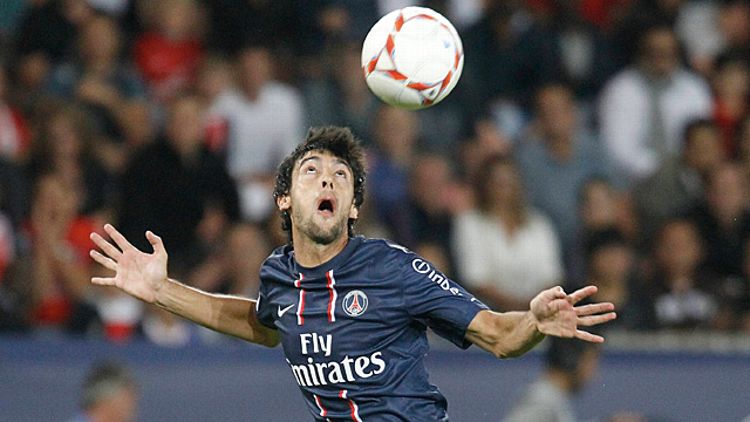 Three matches into the Ligue 1 season and the expensively assembled juggernaut that is Paris Saint-Germain is still undefeated. The team hasn’t conceded a goal in two and a half matches, and for the second consecutive week their opponents barely had a shot on target. The chance of an undefeated season is still on. PSG continues to look unbeatable and once again dominated possession for the third consecutive match. Perhaps this is why fans were letting off firecrackers in the stadium and why, earlier this week, team director Leonardo responded to questions about the club being in a crisis by saying “je ne suis pas inquiete”: I’m not worried. So all is well, then? Not so fast, my friends. That is the glass-half-full version of what’s going on in Paris.

Here’s the less generous version: PSG were booed and whistled off the field at the end of another listless performance (drawing 0-0 with Bordeaux) in which they failed to find the net. The Bordeaux keeper had little to do, as most of PSG’s shots were off-target. They are winless in their first three matches, and Sunday night’s 0-0 draw with Bordeaux offered very little to suggest that the champagne-and-caviar football we were all promised is anywhere closer to arriving. This looked more like stale crepes and Nutella (which were on sale at the stadium at halftime). PSG now sit six points behind league leaders Marseille with a tricky away fixture coming up against Lille next weekend. I had planned to travel to Lille for the match, but after Sunday night’s affair those plans are canceled. This team is not worth a road trip.

There is the Midas touch and then there is whatever Carlo Ancelotti has had since he took over at PSG in January. When Ancelotti was hired as PSG manager, in December, 2011, his salary made him the highest-paid manager in league history, and his team that was atop the Ligue 1 standings (they finished second). In 22 Ligue 1 matches in charge, he’s won slightly more than half. After three matches this season, Ancelotti doesn’t seem to know his best lineup, and his formation does not get the best out of his players. Beyond that, Ancelotti makes baffling substitutions and selections. With the score tied at 0-0 in the 69th minute against Bordeaux, and PSG needing a goal, Ancelotti substituted the left-back, Maxwell, and introduced Sylvain Armand, another defender. The move prompted quizzical looks from the fans and Armand’s introduction had no impact on the course of the match.

In midfield, Ancelotti started with the trio of Blaise Matuidi, Thiago Motta, and Adrien Rabiot. Motta looked a step off the pace; Matuidi was again ineffective, and I’m still struggling to figure out what he does well. The 17-year-old Rabiot at least put in a solid display on his league debut.
This was the third different lineup that Ancelotti has used in midfield, and after an ineffective performance on Sunday I’m sure we will see a fourth against Lille next weekend. The one advantage of Ancelotti’s midfield was to free up Javier Pastore and allow him to play further up the field where he is more comfortable. Last night the Argentinian’s play was so slow and ponderous that the old man behind me kept screaming, “Pastore est fatigue” (Pastore is tired). The return of Zlatan Ibrahimovic did little to improve the team’s overall play because there was hardly any service coming from the midfield. Ibrahimovic’s response was to drop deeper to collect the ball, but playing that far away from goal made it easier for the Bordeaux defenders to contain him.

Bordeaux played PSG the same way Lorient and Ajaccio played them. They defended deep when they did not have the ball, allowing PSG to play short passes but keeping everything in front of them. When they won the ball there was always a man available for the counterattack, and Cheick Diabate gave Alex and Mamadou Sakho all they could handle as the Bordeaux forward threw his weight around, winning one aerial challenge after another. If PSG cannot break down stubborn defensive sides, they have no chance of winning the league title. Ligue 1 is, arguably, Europe’s most defensive league, and teams are content to take one point instead of getting involved in a shootout and going home defeated.

Earlier this week, the popular refrain from the PSG camp was that they would show their level this weekend, with Matuidi saying the team is now going to give not 100 percent but 120 percent. Now Ancelotti begs for time. After the match he reminded everyone that it’s only the third match of the season and the team will get better. The fans aren’t so sure. Not the ones who booed and whistled after the game, and not the ones who I saw interviewed on the local news. It’s a deception because we spent 100 million euros and are drawing matches 0-0, one said. Everyone is waiting on them but they aren’t ready, said another. Yet another went so far as to call the performance catastrophic. It seems the PSG fans agree with the traveling Bordeaux fans who unveiled two large banners in the first half. The first one read “Le Parc c’etait mieux avant” (“Parc des Princes was better before”). The second was more to the point. “Ceci n’est pas du football” (“This isn’t football”). After three matches, I couldn’t agree more. D’accord, Bordeaux. D’accord.

Filed Under: Paris Is Rising