We love talking about random twists of fate and their application to enterprises as complex as college football games. We’ve spent a lot of time on it in the past calendar year, thanks in huge part to the two teams in last season’s title game and everything that had to go just right, bounce their way at just the precise moment, to put them there, from Auburn’s miracle finishes to Florida State’s implausibly injury-free campaign.

But what about this year? When you think about Oregon and Ohio State, luck might not be the first factor that enters your head. The Ducks and Bucks have sustained their scrapes, but nothing on the order of a generational memory like Auburn’s Kick Six game showed up during their regular seasons. Their résumés en route to the playoff seem pretty tame compared with last year’s combatants’: Both Oregon and OSU sustained a regular-season loss, had a regular season win or two that was closer than they might have preferred, came roaring back to wreck their conference championship opponents, and comported themselves admirably in their playoff semifinal games.

Maybe luck isn’t even the word we’re looking for here. There’s nothing “lucky” about, say, the Pac-16 never materializing, which would’ve had who knows what effect on the playoff as we now know it. It happened this way; it might have happened another way. Remember that time the Big Ten and Pac-then-10 stood in opposition to shaking up how we do the postseason? How do you reckon they feel about that now, with their leagues set to usher in the first playoff-produced FBS championship game?

But we’ve got a full week to muse between now and that game in Arlington, so indulge, why don’t you, in some thought exercises with us, to be shared with loved ones over pitchers of intoxicants. Look back at everything that could’ve derailed this O-versus-O train. Imagine a world in which …

• The Pasadena semifinal had been a regular Rose Bowl game. We touched on this at the end of the real-life Rose Bowl, but it’s worth repeating: Even as playoff agnostics going into this thing, it was hard not to feel gratified by the semifinal results. Simulated BCS rankings indicate that under the old system, Alabama and Florida State would have been nos. 1 and 2, which would have done two things: given the Rose Bowl its preferred Pac 12–Big Ten matchup, and put two teams in the title game that, unbeknownst to us in a parallel universe, lost to each Rose team on a neutral field. Life’s funny.

• Urban Meyer never left Florida. You know how Chancellor Palpatine’s face becomes Emperor Palpatine’s face? Imagine an SEC in which Urbz-and-Sabz had kept at each other this entire time, with occasional regular-season skirmishes and repeated zealous attempts in Atlanta to knock one another out of big-money bowls. After the Sugar Bowl, we’re feeling sort of sullen about the prospect of not seeing them go at it again for a while. 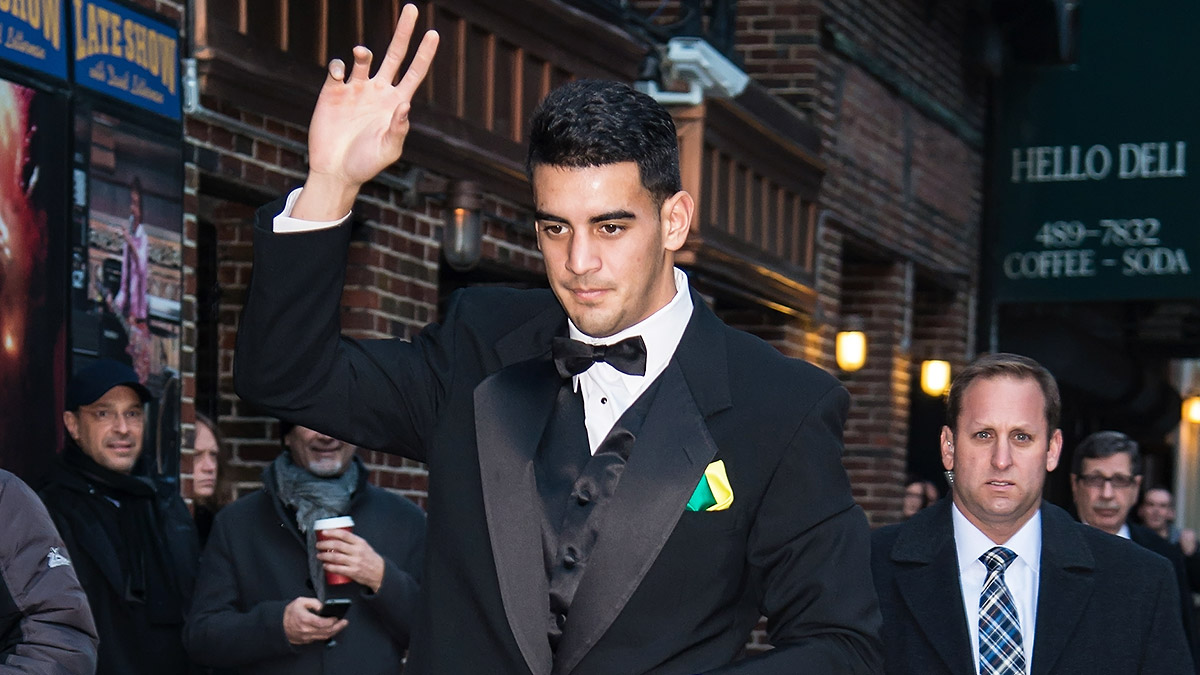 • Chip Kelly never left Oregon Marcus Mariota was a Tiger in West Tennessee. Setting aside for a much, much longer and drunker speculation what the Chip hypothetical might have meant for Oregon in terms of NCAA sanctions, let’s recall that the 2014 Heisman Trophy winner didn’t even get a scholarship offer from hometown Hawaii as a recruit. Mariota’s lone prospect apart from Oregon was Memphis. How differently might he have blossomed there, had he never crossed the Ducks’ radar? Would he have weathered the coaching change from Larry Porter to Justin Fuente? The Tigers were a 10-win team in 2014 even without a superstar quarterback; topple various dominos another way, and is Memphis in the Fiesta Bowl thanks to the Group of Five bid, instead of Boise State?

• Urban Meyer nailed his own foot to the floor in New Orleans. Ohio State’s Sugar Bowl victory over Alabama was a marvelous piece of coaching and marks the most captivating chapter in the Meyer-Saban rivalry to date, which given their prior history is really saying something. But while the game bore all the usual twists and turns and dips and drops of a proper heavyweight fight, and was anyone’s victory for the taking for big swaths of time, one particular turning-point-that-wasn’t sticks with us (and with the irate ghost of Woody Hayes, probably): the incomplete deep-ball pass by Cardale Jones on the first down of what wound up being the Buckeyes’ final possession, which stopped the clock without making Bama burn a timeout. It’s like Meyer came in bound and buck-wild determined to drop the hammer on the Bammers and missed, but at least the hammer hit the floor instead of his own foot?1 We’re about as enthusiastic fans of unquenchable bloodlust as you’ll find, but we’ll be curious to see if Meyer brings that relentless thirst for entrails to Arlington, and how far he’ll be willing to edge toward recklessness to satisfy it.

Meyer has since said that the decision started haunting him almost immediately, when the Tide ended up getting the ball back with 93 seconds and 83 yards to go: “It was my call to throw it down the field. And you’re going to not gain a yard anyways against very good players, they’re playing zero coverage. Everyone is within two yards of the line of scrimmage and it was my call. So, maybe it wasn’t the right call. So, I just kept thinking, I screwed this thing up. […] So, that’s what all was going through my mind is: Get that darn ball down so we get out of this with a win.”

• The world actually ended in 2012, in accordance with the Mayan calendar. By our calculations … hrm. Somehow, in this timeline, Oklahoma still manages to post a disappointing record after a lofty preseason ranking. Sorry, y’all.

• Marcus Hall had a spot on this Ohio State team. Hall was a fifth-year senior on the Buckeyes’ offensive line when he flipped his way into our hearts during that fateful Ohio State–Michigan game. What if he’d been born a year later, or had remaining eligibility this year? What if that entire incident had taken place in 2014, not 2013? Something tells us the Buckeyes could’ve managed Wisconsin without him while he served a Meyer-imposed suspension, and he could’ve provided OSU with some birds to fly at the Ducks, if you catch our meaning. O-H, what might have been.