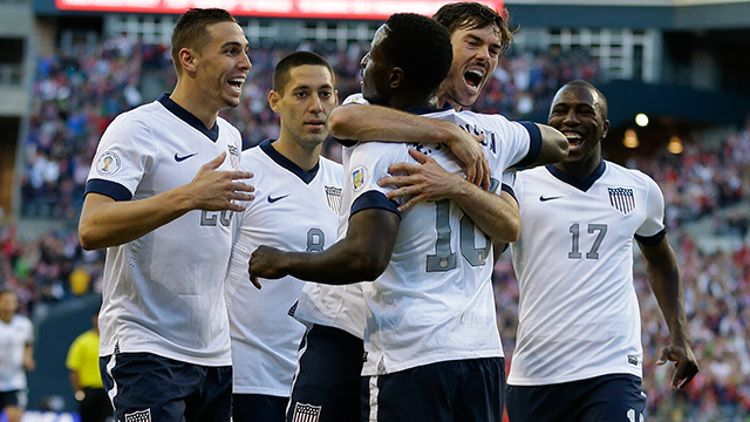 Midway through the first half of what would become a convincing 2-0 win over Panama for the United States men’s national team, an American winger played a cross in from the flank. The raucous crowd at Seattle’s CenturyLink Field, more than 40,000 strong, gasped in anticipation as they saw Jozy Altidore lurking in the penalty area, ready to head home the effort. While a Panamanian defender managed to beat the Stars and Stripes attacker to the ball, the subtext was clear: What a difference 10 days makes.

Before June 2’s match against Germany, the young forward and his team were reeling. Altidore hadn’t scored for the squad since 2011 and Jurgen Klinsmann’s side was coming off a sound defeat to Belgium. After Tuesday night’s victory in the Pacific Northwest, however, Altidore has a three-match scoring streak and the U.S. has won each fixture. The team, which plays Honduras in a week, posted its most impressive performance during the final round of World Cup qualification and has a 98.5 percent chance of reaching Brazil. Like Altidore elevating for a header, this is a team on the rise.

Panama, to its credit, didn’t bunker down and throw 10 men behind the ball as it had during a 0-0 draw against Mexico in the suddenly pregnable Estadio Azteca four days prior. Even without leading scorer Blas Pérez — missing the match in Seattle with a nasty case of gastroenteritis that had him vomiting constantly — manager Julio Dely Valdés had his team pressure the Americans high up the field. The surprising strategy failed to produce the desired results, but it made for a more exciting match.

And while the gambit ultimately hurt Panama’s chances to gain a point, it might not have been the wrong call given the condition of the field. The Seattle Sounders play on field turf, but the grounds crew installed temporary grass for the city’s first World Cup qualifier in 37 years. It earned poor reviews during the Sounders-Whitecaps game over the weekend and after Monday’s U.S. training. While Klinsmann had kind words after the match, the grass was obviously uneven. Valdés’s strategy revolved around pressing, hoping an American on the back line slipped up with a pass or literally slipped, stealing a goal, then stealing a point.

On another night, the ploy might have worked, but the Americans looked like a team that has been training together for more than two weeks. The U.S.’s best player, Michael Bradley, and Jermaine Jones fill-in Geoff Cameron controlled the midfield, despite some early loose passes from Cameron, while the Johnson duo (Eddie and Fabian) proved dangerous on the wings.

And then there was Altidore. With each passing match, he grows closer to the player Klinsmann wants him to be, a forward capable of using his strength to hold off defenders with a first touch to match. The 23-year-old should have earned a penalty in the 34th minute when he posted up and turned only to be taken down in the box. Mexican referee Roberto Garcia Orozco incorrectly ignored his plea, but it brought back memories of a classic Altidore moment when he beat Joan Capdevila and scored in the shocking 2-0 victory over Spain during the 2009 Confederations Cup.

But it was the the next few moments that demonstrated the player Altidore is becoming. Instead of getting frustrated or emotionally checking out after the egregious non-call, he got up and continued pushing. His reward, a goal, came seconds later. Bradley broke free and dished to Fabian Johnson in the channel, who hit a fabulous first-time ball that curled across the six-yard box and out of the reach of a stretched Jaime Penedo before Altidore slotted it home. It was fast-break soccer at its finest, the type of passing about which American fans hope and dream but rarely see. (As for Johnson’s cross with his right foot, well, that’s another story. How do you say “wasteful” in German?)

Panama tried for a goal after the break but never got close. Omar Gonzalez and Matt Besler shut down any forays and appear increasingly comfortable next to each other. Right back Brad Evans had some trouble containing Alberto Quintero but received enough cover when his one-on-one defending failed. DaMarcus Beasley continued to demonstrate his ability to pick his spots, moving forward into the attack while simultaneously stiffing Panama’s right-side attackers.

The second goal came courtesy of the only two men who didn’t start against Jamaica. Cameron found himself with the ball and time in the midfield and hit a perfect ball to Eddie Johnson, who started in front of his home crowd for a suspended Graham Zusi. Two graceful touches later, it was 2-0. The U.S. was on its way to victory and first place in the Hexagonal. Klinsmann’s crew has 10 points after five matches and only needs two wins and a tie in its final five to virtually assure a place in Brazil.

Yes, the Americans played well and, vitally (finally?), looked good doing so. But temper the enthusiasm about a home victory against a country with roughly 1/90th the population of the U.S. that went into the match without its best player. The red, white, and blue should win this game, and do so with relative ease. It’s one of the two best clubs in the region. Good teams beat lesser teams. Fact. And, if you want to get picky, the squad should create more chances. And put away the match earlier. And, while we’re here, the defense nearly lost focus and nearly conceded a late goal.

But still, the excellent, celebratory atmosphere in Seattle was deserved. For the first time, the old guard — Altidore, Bradley, Clint Dempsey, Tim Howard — are truly meshing with the new — Besler, Cameron, Gonzalez, Fabian Johnson. Sprinkle in the return of a few familiar faces in Beasley and Eddie Johnson, and Klinsmann just might be mixing himself up a nice little recipe.

NBA Finals Shootaround: This Must Be the Place