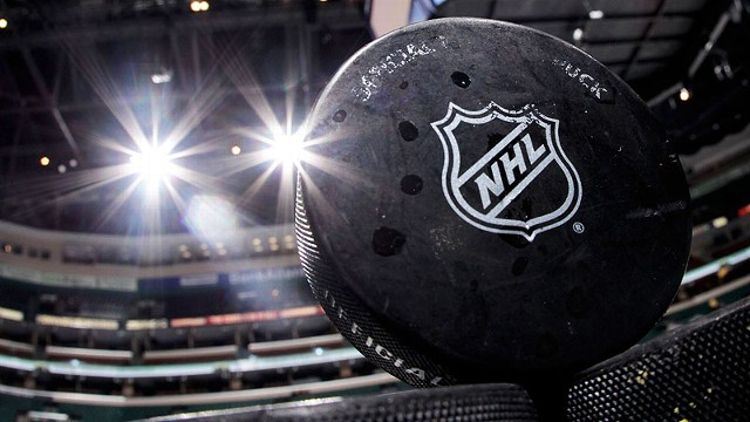 As Sunday morning hangover remedies go, this one was better than a bloody Mary: Hockey fans in North America woke up yesterday to the news that, following a 16-hour bargaining session — who said the NYC marathon was canceled? — the NHL is finally, blessedly back. After months of insulting posturing and pointless ultimatums, of reputations destroyed and accusations flung like mud, the NHL and NHLPA came to an agreement in the wee hours to drop the puck for a shortened season. Now we can get our sneering from Milan Lucic instead of Don Fehr; our sniping from Steven Stamkos instead of Bill Daly; our saves from Henke Lundqvist instead of federal mediator Scot Beckenbaugh. Game on!

In the end, really, it was fitting that the last 24 hours of the NHL lockout were as silly and punch-drunk as these past 24 weeks of NHL-related news have been. We had Boomer Esiason declaring — if a tad bit prematurely — that the two sides had reached an agreement. We had photos of award-winning writers snoozing in a New York hotel lobby as the media waited through the night for some blessed news. And when it was all said and done, the end came not with a bang, not with a whimper — but with the Boston Bruins’ Andrew Ference tweeting a thumbs-up emoji. Gary Bettman looking all negotiating-room-chic was just gravy.

From the lockout’s opening salvo — the owners’ laughably lowballing initial offer — to its end, there’s been no shortage of maddening and ridiculous twists and turns for NHL fans. Following the lockout became a game of trying to parse motives and plans and timetables and scripts; writers who usually cover power plays and even strength were made to feign expertise on pensions and escrow. It made that one Philadelphia–Tampa Bay game seem riveting by comparison. But now we can get back to the actual on-ice product. The first few weeks are bound to be hideously sloppy, no doubt, but even that will feel beautiful.

Details like the schedule are still being determined, but most teams will likely play somewhere in the neighborhood of 50 games — all or most of them intra-conference — and the bulk inside each division. Training camps will open later this week, with the season probably kicking off somewhere around January 19. (That’s pretty much exactly when NBC had been set to begin its regular national weekend coverage. Hmm …) The trade deadline will probably be in early April, and while it’s unclear what format the playoffs will take — there had been rumblings that the league might have some sort of mini wild-card, play-in preliminary round — they’ll most likely stretch through the whole month of June, delaying the draft and the start of free agency by a week or so.

As for the agreed-upon CBA, some of its main tenets include:

And so now the games begin. In the coming week or two, there will be a flurry of trades, signings — players like P.K. Subban and Michael Del Zotto are still unsigned, restricted free agents — and jokes about who’s gotten the fattest. (My favorite dark-horse candidate: Drew Doughty.) Guys who’ve been playing overseas are suddenly scrambling for the first flight home. (Patrick Kane’s mom must be relieved.) “That was fast,” tweeted the Anaheim Ducks’ Bobby Ryan, who has spent some time with a team in Sweden. “One minute I’m bussing [sic] to our next game and the next I’m standing with my bags in hand at a random train station.” No word from the Penguins’ Kris Letang, who’s probably still in mid-air: The poor guy took off on a flight to Moscow to play in the KHL less than 48 hours before the NHL announced its return. Hope he has a lot of Downton Abbey episodes to watch on his laptop!

There are and will be many fans so rightly disgusted by the greed of these negotiations that they’ll never — or only very slowly — return to the game. Which makes sense. The way the lockout ended suggests that everyone had a drop-dead date in mind all along and was only going to get serious about negotiating when it was hanging over their necks. We’ve been played for fools all along. Mediator Beckenbaugh is to be praised for, well, doing his job — but in the end, it was really much more about the will of two key contingents: the owners, who, ultimately, despite all their tough talk, did not want to see a full season canceled over such mostly petty BS; and the all-important sponsors, who made it clear that such an outcome would be unacceptable. Of course, this whole lockout in and of itself has been unacceptable, too.

But as aggravating as this whole process has been, half a season is orders upon orders of magnitude better than no season at all, which would’ve been a death knell for the league. Sure, there will be crappy teams who squeak into the playoffs, and good teams that go on one ill-timed bad road swing and become toast. (A fun new wrinkle in the new deal is that all 14 non-playoff teams will be eligible to win the draft lottery; previously only the worst five teams had a shot.) All the intradivisional play will drive rival fans to wring each other’s necks. Whoever wins the Stanley Cup will be subject to taunts that it doesn’t really count; not that they’ll care one iota as their kids blow chocolate milk bubbles in the great chalice’s bowl.

But honestly — and maybe this makes me too forgiving, a pawn of the calculated and sinister system — I’m just thrilled that NHL hockey is back. We’ve all been waiting way too long for this day to come. Let’s drop the damn puck already, eh?