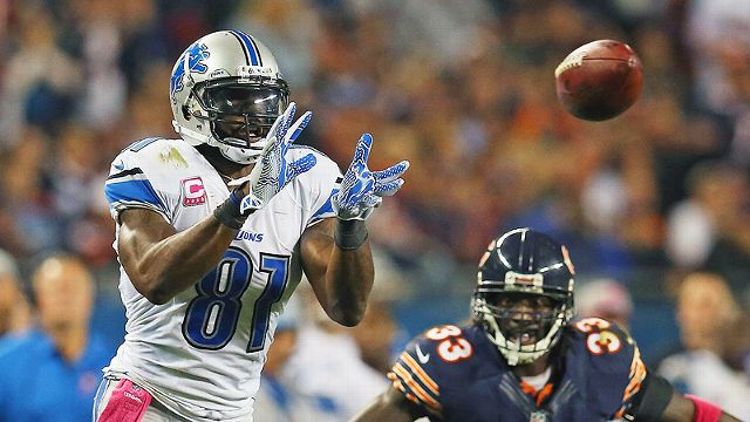 Cornerback-WR Matchup of the Week

Someday, when Charles Tillman’s career is over, this is the moment Bears fans will point to when mentioning him as the best cornerback in the team’s history. It came in 2003, when Tillman was a rookie second-round pick from Louisiana-Lafayette and Randy Moss was more than a man, but less than a god. At the end of the year, Moss would have 111 catches, 1,632 yards, and 17 touchdowns — his best season as a pro. This was before all that, just two games into both the season and Tillman’s career. With the Bears leading Minnesota 13-10 in the final two minutes, Daunte Culpepper challenged the rookie cornerback on a jump ball in the end zone to the best receiver on earth. Tillman won — both the ball and the game — and started a career that’s been mostly excellent, somehow defined by forcing fumbles, and ultimately undervalued.

Part of the reason the Moss clip is so relevant a decade later is that six years ago, the NFC North once again became home to the best, most physically dominant wide receiver in football. Last year, when Calvin Johnson’s quest to gain all of the yards was temporarily pushed off course with a three-catch, 34-yard showing in Chicago on Monday Night Football, Bears fans nodded. Yep, we’ve seen this before.

Megatron has had his days against the Bears over the course of his career, but rarely has that rested on Charles Tillman. For much of Lovie Smith’s time in Chicago, the Bears relied on the Cover 2 defense that their head coach deployed in his previous stops. The scheme highlighted some of Tillman’s talents — like making tackles in the open field and limiting yards after the catch — but limited some of the man-to-man physicality that really defines his game as a cover man. It’s probably not a coincidence that as the Bears have strayed from the Cover 2 (as much of the league has) in favor of man coverage the past few seasons, Tillman has enjoyed probably the best two seasons of his career.

Nowhere is that physicality more impressive, or more apparent, than when Tillman finds himself across from Johnson. Seattle’s use of four power forwards in its secondary has been a popular topic of conversation for the past two seasons, but Tillman has been 6-foot-2 for a while now (as far as I know). Few corners are physically able to match Johnson even if given the chance, but Tillman is one of them. He also boasts some of the stronger hands of anyone in football (hence the fumble-causing prowess), which allow him to pry balls away from Johnson that otherwise might be caught.

The familiarity has led to the sort of quotes and conversations that have gone on this week. Johnson noted that it’s “easy to have a dislike” for the Bears, a line that was sandwiched in with several bits of praise. Tillman, as Andrew Sharp wrote earlier today, was even more complimentary. “Because he’s so damned big,” Tillman said. “I think I said it last year, he’s like the LeBron James of wide receivers. He’s like that Madden character that you can create in the game. He’s tall, he’s fast. He can catch. He’s got quickness. He’s got the speed, the agility, the leaping ability, the extra boost. He’s 10, 10, 10, 10, 10, 10, 10, 10, 10, 10.”

Tillman is hobbled with a groin injury and knee issue that kept him out of practice until Friday, but he says that he’ll be playing. The Bears don’t use Tillman like the Jets once used Darrelle Revis. His day won’t be spent manning up Johnson everywhere he goes. But there will be moments when he does get a chance, and they’ll be worth watching. Plus, Peanut vs. Megatron is an all-time nickname battle.

When 30-year-old Terrell Suggs returned from a torn Achilles as a shell of his former self last year, it seemed like there was a chance we were coming to the end with one of the better pass-rushers of the past decade. Well, the first few games of this season have gone a long way in proving that maybe all Suggs needed was a bit more time. Suggs has three sacks in as many games for the Ravens, including a performance against Joe Thomas that included a handful of quarterback hits. Few players in the league can push Thomas around like Suggs did two weeks ago. He looks great right now.

Sunday, he’ll get second-year Bills left tackle Cordy Glenn, who’s played very well for a Bills offensive line that hasn’t as a whole. Wedged between weeks during which he terrorized opposing quarterbacks, Panthers defensive end Greg Hardy was invisible against Glenn and the Bills in Week 2. Suggs is a different sort of challenge. He relies on power more than anything else at this point, and it should be a good test for a young tackle.

The other side of the ball features two of the better interior players in the league in Marshal Yanda and Kyle Williams. Williams has continued his excellent-when-healthy ways as part of Mike Pettine’s new defense and Yanda remains the best player on an otherwise awful Ravens offense.

When the Lions took Ansah fifth overall in April, it was viewed by many as the ultimate potential-based pick. A native of Ghana, Ansah had played only three years of football before entering the draft, and in his first and only season as a full-time starter in college, he managed only 4.5 sacks. In some ways, it’s true that Ansah was a project, and without his impressive showing at the combine and incredible overall athleticism, there’s no chance he would’ve gone in the top five. But Ansah’s 62 tackles were actually a good indicator for the type of player he’d be early in his career. Against the run, Ansah has occasionally been caught out of position — whether it’s getting too far upfield or crashing too hard on the back side — but the result of that aggressiveness is that he’s constantly around the ball. He had seven tackles against Washington, and they came all over the field.

Ansah also has 2.5 sacks, but he has a long way to go as a consistent pass-rusher. What’s most telling, and most promising for Detroit, is how comfortable the Lions coaching staff has been in playing Ansah all the time. He played 50 of an 80 possible snaps against the Redskins, and that ratio should only increase as the season progresses (and with Jason Jones out for the season). The Lions’ coaching staff deserves a lot of credit for how quickly Ansah has been able to contribute. His development should be a pretty fascinating watch.

Seven and a half sacks is impressive no matter how a player gets them, but Houston’s huge start to the season has been helped, at least in part, from the help he has around him. Tamba Hali hasn’t gotten to the quarterback as often as his pass-rushing counterpart, but he’s been consistently bothering quarterbacks all year. And several of Houston’s sacks have been aided by Dontari Poe — maybe the most improved player in the league through three games — destroying the interior of the pocket. Houston’s numbers are undeniable, but I’m curious about what he’s providing as a rusher on any given play. On Sunday, against rookie Justin Pugh, he should be providing plenty.