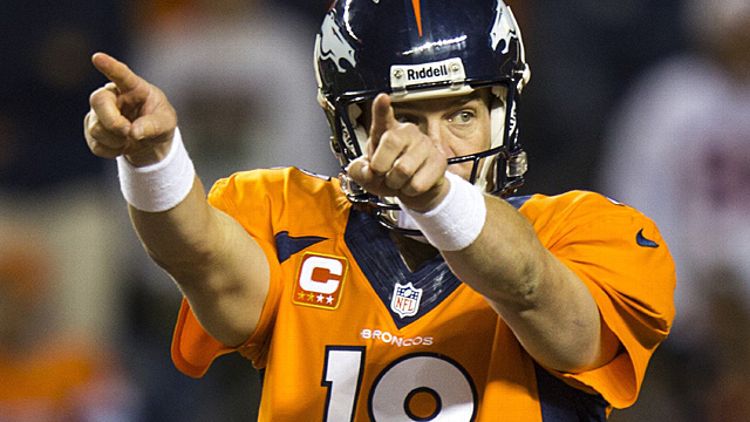 Tough one last week. I took it on the chin a little. But after attending the Feast of San Gennaro in L.A. last night, I have a belly full of ziti and three pockets full of auto detailing business cards from fellow Italians who for some ungodly reason thought it might be cool to meet me.

Oddly enough, that is all I need to refocus on the Week 4 NFL slate.

Mike Glennon under 220.5 yards passing vs. the Cardinals

The Arizona secondary gets a break this week. Going from Drew Brees (Week 3) to Jaaaash Freeman’s replacement, Glennon (Week 4), is like following up a round at Sawgrass with 18 holes at the putt-putt Golf N’ Stuff course. Tampa eases its new signal-caller into the system while offering a full dose of Doug Martin. Go under. 20,000 jermajesties

Actually, that last one would require Boomer to reference a movie that came out after the Mad Max trilogy. Scratch it.

Browns +2.5 first half over Bengals

This new Browns head coach isn’t exactly Tony Robbins, in terms of halftime pep talks. Chud … may be a motivational dud. That said, Cleveland’s first-half tallies have been pretty solid, leading 7-6, 6-0, and 24-17 against the Dolphins, Ravens, and Vikings, respectively. The Browns jump out to an early lead against a slow-starting Bengals team that hasn’t gone into the locker room on top since Week 1. 25,000 jermajesties

Oakland to score more than 20.5 points vs. Washington

What? Did I just bet the Oakland Raiders to do something positive in an NFL game? Let me look at that again. Yes. Yes, I did. I promised you I’d wager against Washington’s whack-job defense until it gave me a reason not to. The Raiders popping up on its schedule would seem like just that reason I was looking for — but after giving up 33, 38, and 27 in the first three games, I’m willing to let it ride again. Also, I think I have a way to make everyone, including the Native American community, happy. Rename the Redskins the Redshirts. At least until they stop playing like college bench players focused on not using up their eligibility. 25,000 jermajesties

(Three teams, with 10 points subtracted from each favorite spread/added to each underdog spread. All must win to cash)

Titans (+6) over Jets
As far as eliminator pools go, the Broncos are a sure thing. But if you’re willing to save them for later, take a chance with the Titans. This is the type of game in which Chris Johnson scores three touchdowns, making fantasy owners think he once again has a pigskin pulse. Getting six points versus the Jets, at home, on the three-team teaser is a Rex Ryan–size gift.

Falcons (+7.5) over Patriots
The Patriots finally face a real test and it comes at a very inopportune time against a desperate Falcons squad at home. Atlanta has not lost consecutive games since the end of the 2009 season. It can lose this one, but just not by more than a touchdown.

Broncos (-1.5) over Eagles
This is that sure thing I was telling you about. Chip Kelly is going to get a good look at Peyton Manning running the offense he promised us for the Eagles.

Over/under 12.5 weeks before you hear someone in your office utter these words on a Friday: “What a great game that was last night, huh?!”

Pretty sad when the Week 2 slop-fest between the Patriots and Jets, when both teams struggled to complete a pass, was by far the most entertaining Thursday nighter this season.

7/1 odds that after being insulted by what we’ve offered Great Britain, Queen Elizabeth II slaps NFL commissioner Roger Goodell in the face with her silken glove

It’s hard to imagine that the Steelers and Vikings are a combined 0-6. And if it isn’t bad enough that we’re sending damaged goods to London, right now the Beatles in their current form would do a better job protecting Big Ben than Pittsburgh’s starting offensive line.

7/2 odds Dez Bryant signs up for a segment on QVC selling knives after being fined $7,875 for his celebratory throat slash

I think the NFL should be rewarding Bryant’s efforts, not condemning them. He’s actually come a long way. His assaults now occur on the field in the form of touchdown celebrations … in jest … on himself. Baby steps.

Receiver Nate Burleson (broken arm) is the latest road casualty for the Lions. Titus Young, Ndamukong Suh, and Nick Fairley paved the way. To be fair to Burleson, it doesn’t appear there was a criminal element attached to his accident. Unless it’s a crime to lose control of your SUV reaching for a slice of pizza in the passenger seat, in which case I should be serving a life sentence in San Quentin.

Over/under 1.5 more weeks before I stop listing my Hilton contest picks in this blog

Simmons-chum Joe House and I continue to fare well. We’re tied for second place (out of 1,034 entries) with our picks against the spread. Take a good look — we’re due to go in the tank any second now.

It would be difficult to watch even one frame of Cranston’s work and not conclude that he’s a superior actor to Jeff Daniels and everyone else. Breaking Bad spoiler prediction: Charlie Rose is the recipient of Walt’s ricin. Either that or Walt Jr. gets it for talking back to his dad and hanging up on him last episode. Kid’s gotta learn.

Over/under 16.5 “ha”s warranted by me after it was announced the Yankees will not make the playoffs for the first time since 2008

Seventeen. Over. And not to pile on, but what’s with the tears, Mo? I get that it’s embarrassing to be pulled from a game (especially by your own teammates), but be a man and suck it up. You didn’t have your stuff, so you get yanked. That’s baseball. All kidding aside — I’ll be glad when Rivera is gone. Hard to hate a team with a player with that much class.

@TheCousinSal I'm doing my football card and really just thought "Sal's bringing his kid to the game" and picked SD for that reason.

@TheCousinSal thinking that Nathan's French fries are better than the hot dogs is like saying you prefer Pippen over Jordan. Good but c'mon

I appreciate the comparison in the latter tweet. Let’s just agree that the Nathan’s hot dog makes the fries and every other side item around it better.

My cousin Jimmy summed up the origin of their feud in Thursday’s monologue.