Sophomore Survey: Time to Check In With the Second-Year Quarterbacks 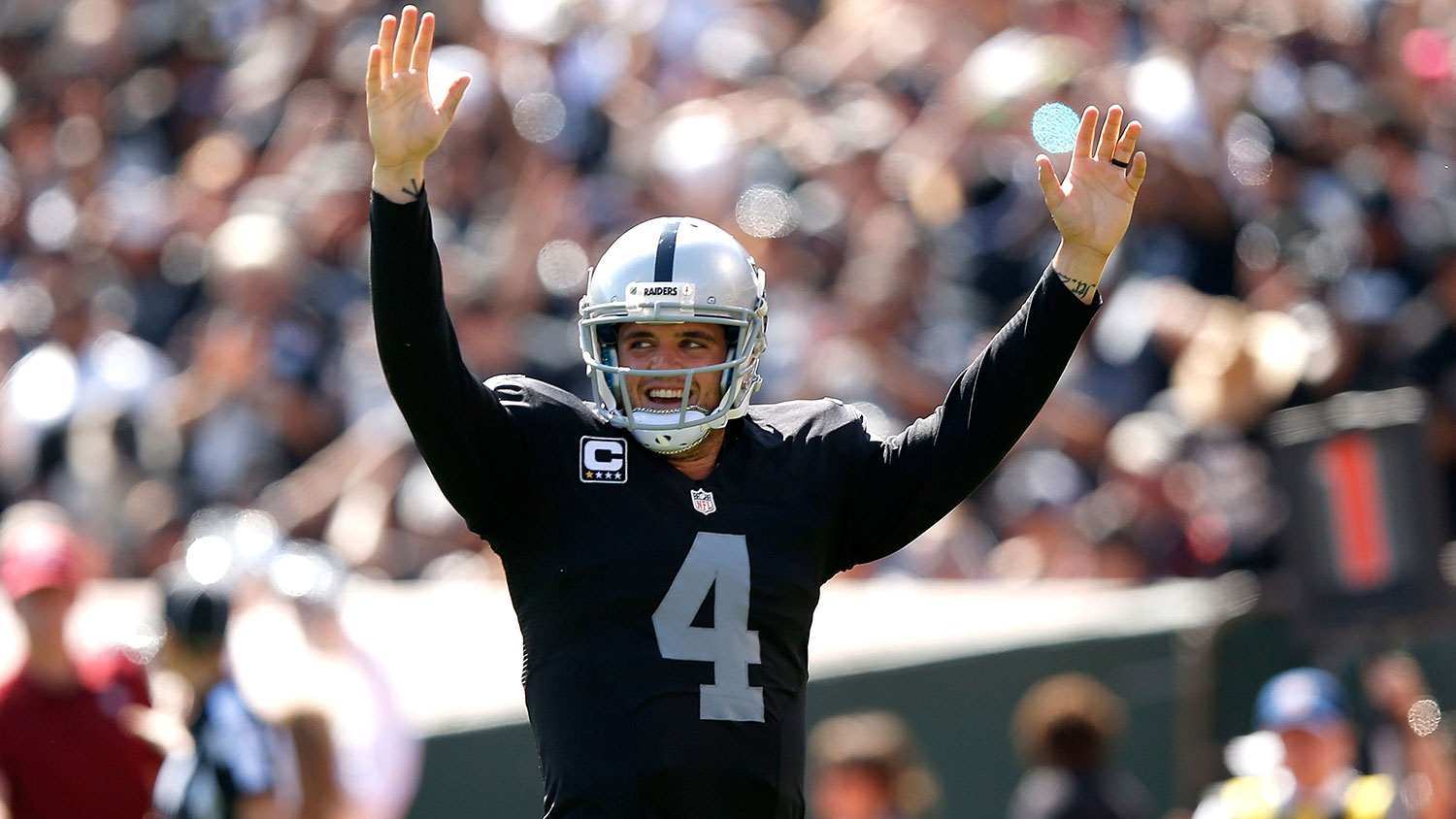 It looks like Jimmy Garoppolo might never leave the bench again after Tom Brady’s blistering start, but this past Sunday, each of the other four quarterbacks selected during the first two rounds of last year’s NFL draft — Blake Bortles (no. 3 overall), Johnny Manziel (no. 22), Teddy Bridgewater (no. 32), and Derek Carr (no. 36) — earned his team’s first victory of the season. Those laboring franchises get to avoid the here-we-go-again despair of starting 0-2, but it’s an even more exciting moment for the league, which is desperate for young quarterbacking talent.

Despite some recent rookie successes like Andrew Luck, Cam Newton, Russell Wilson, and even Robert Griffin III, it’s unfair to expect any first-year player to single-handedly rebuild the kind of rickety roster a high draft pick almost always inherits. Heck, even Peyton Manning and Troy Aikman were inconsistent as rookies. It’s not until Year 2 that we can truly start to get a sense of a quarterback’s likely NFL future; by then, his energy is being spent studying defenses rather than memorizing play calls.

On Sunday, Bortles, Manziel, Bridgewater, and Carr each showed us a glimmer of their potential alongside a reminder of their flaws. None of these quarterbacks made the playoffs as a rookie, and it’s probably unlikely any will do so this year, but each remains fascinating to watch as these teams continue to build for the future. 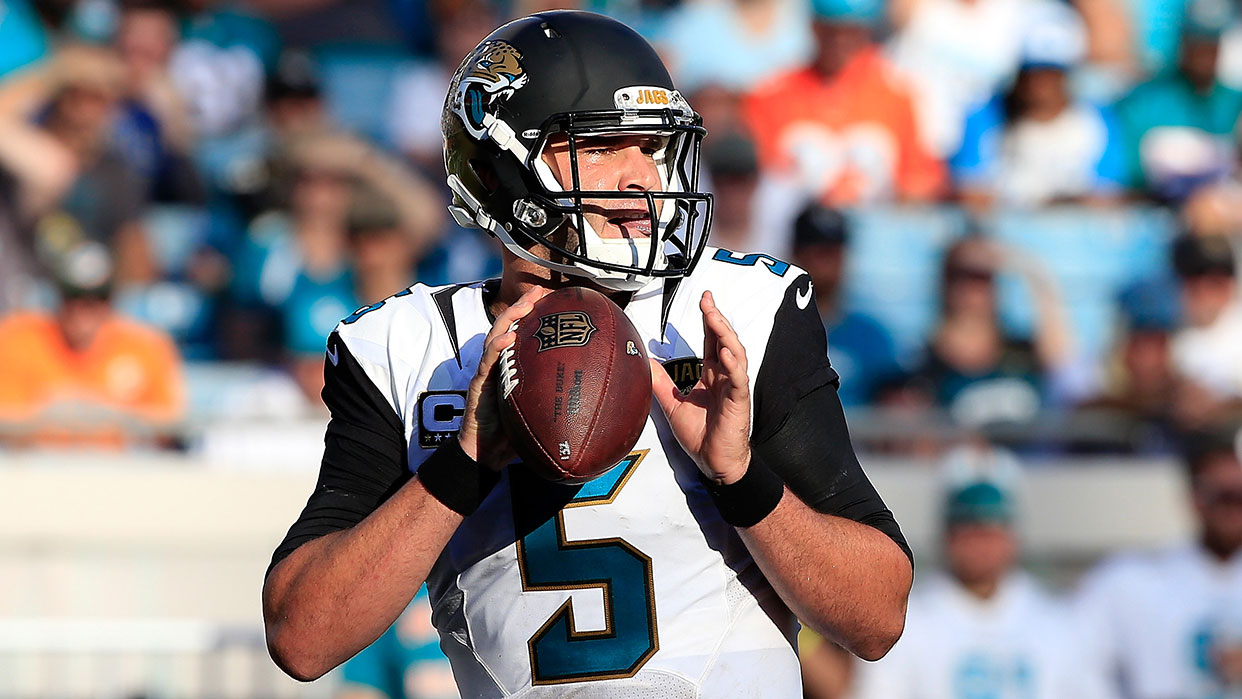 The Jaguars wanted Bortles to spend his first season on the bench so he could improve his throwing mechanics, but three mediocre performances by Chad Henne altered that timeline. Bortles didn’t perform much better on a team that featured more 22-year-old receivers than BYU, and Jacksonville’s league-worst scoring offense averaged only 15.6 points per game.

With that unremarkable first season behind him, Bortles exuded confidence during a 23-20 win over Miami last weekend, perhaps because it was his first NFL game without being sacked.1 Bortles was sacked at the highest rate in the league last season, going down 55 times, and he was sacked another five times in Week 1.

On Sunday, he remained upright and ready to deliver when most needed. With 18 seconds remaining in the first half and the ball on the Jaguars’ 32-yard line, coach Gus Bradley showed an incredible amount of faith in his young quarterback. Even after Bortles flirted with danger — he locked on to receiver Allen Robinson, telegraphing a pass that the cornerback dropped — he was allowed to fire two more passes (one was completed, one drew pass interference) that enabled the Jaguars to squeeze in a 58-yard field goal as time expired. That was just a warm-up for the game’s final two minutes, when Bortles went 3-for-4 for 46 yards to set up the winning field goal.

There’s no doubt Bortles still has flaws to address. He throws off his back foot too often, and fading away like Kobe Bryant forces him to rely on raw arm strength rather than the shortened delivery he refined during the offseason. And although he clearly appreciates the wide catch radius of Robinson, who hauled in six passes for 155 yards and two touchdowns against Miami, that might be encouraging him to throw too many balls into double coverage. Even so, Jacksonville fans have reason to get excited after watching Bortles set career highs in passer rating (102.2) and QBR (89.8) in a win that puts the Jaguars at .500 for the first time in four years.

During Sunday’s 28-14 victory over Tennessee, Manziel displayed the most beautiful set of bookends imaginable: His first pass was a 60-yard touchdown to Travis Benjamin, and his last was a 50-yard sequel that oozed athleticism. In between, though, Manziel went only 6-of-13 for 62 yards. Those long scores — plus a 54-yard touchdown to Benjamin in Week 1 — have played an outsize part in Manziel doubling his passer rating in Year 2, and it’s clear the Browns don’t yet trust him with the keys. They relied on their running game Sunday, and the team announced Wednesday that 36-year-old Josh McCown has been reinserted as the starter after being cleared from a concussion.

Through seven quarters this season, Manziel has already thrown more passes than he did during last year’s campaign, when his position was more TMZ than QB. On the field, the biggest change this year has been Manziel’s deep passing game. He threw no passes farther than 22 air yards last season, but in 2015, he’s already thrown passes that traveled 34, 42, 46, and 52 yards in the air — the first three were the Benjamin touchdowns, the last an incomplete pass to Andrew Hawkins. The long-range success has to be a confidence-builder for Manziel, who doesn’t have the luxury of a Mike Evans-size receiver like he did at Texas A&M: Benjamin is only 5-foot-10, and Hawkins stands 5-7.

The not-so-hidden downside of those slow-developing pass plays is that Manziel has been the NFL’s most pressured quarterback this season (46.0 percent of his dropbacks). While he should be lauded for demonstrating the willingness to stand in the pocket rather than scramble at the first opportunity like he often did last year, now he needs to improve his awareness when he stays home. According to Pro Football Focus, Manziel leads the league with a “turnover-worthy play” on 13.2 percent of his dropbacks, and he’s already fumbled four times this season. That’s a legitimate problem, and it’s almost certainly the reason the Browns still haven’t committed to Manziel. 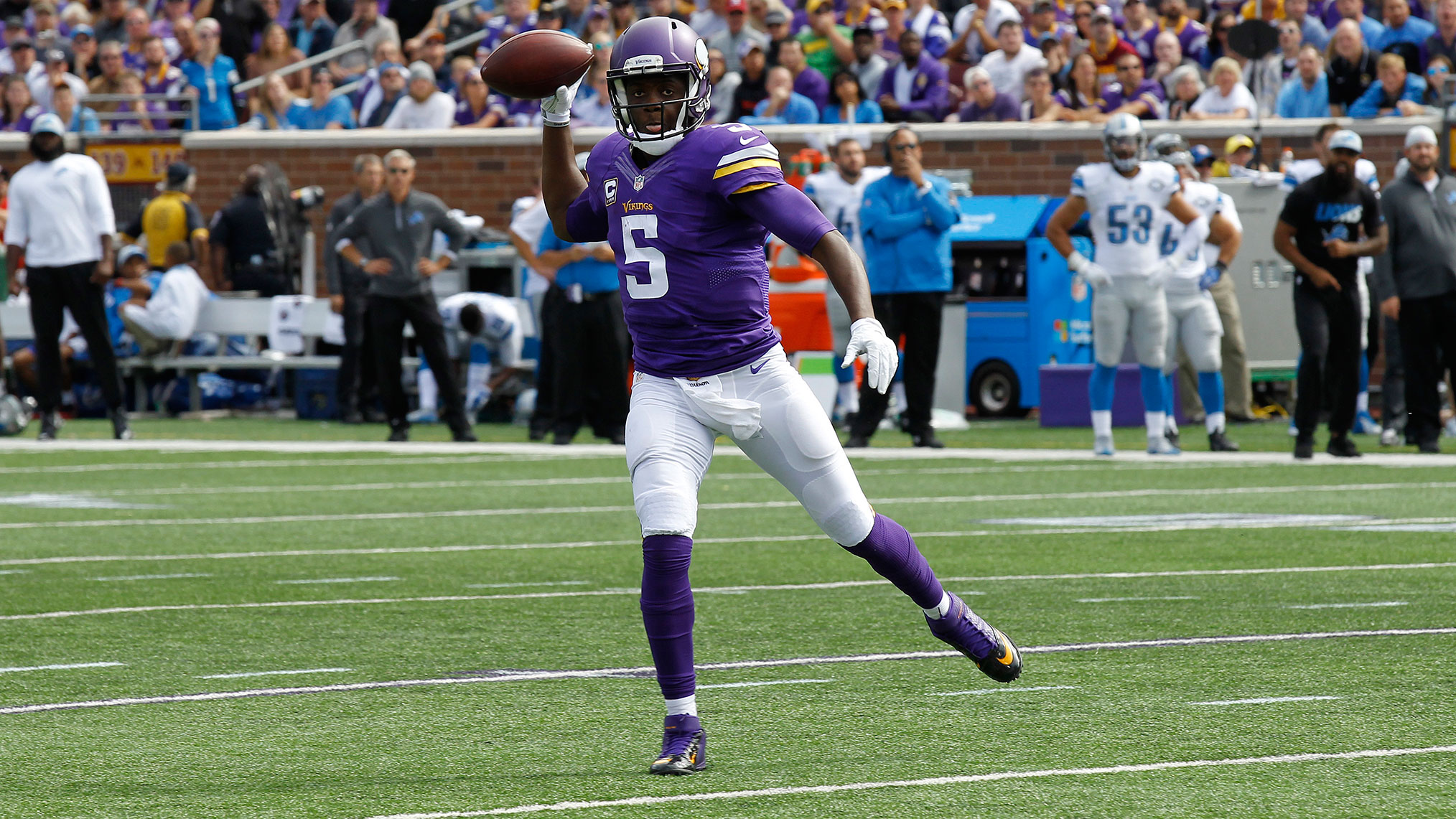 In August, Bridgewater announced his goal of posting a 70 percent completion percentage. Only three NFL quarterbacks — Joe Montana, Steve Young, and Drew Brees — have ever accomplished that feat,2 but Bridgewater is headed in the right direction after completing 74 percent of his passes through two weeks. Of course, it doesn’t hurt that he can afford to make safe throws, as Bridgewater is the only one of these four second-year quarterbacks who isn’t the most important person in his own backfield. This season’s return of Adrian Peterson means Bridgewater doesn’t have to carry the offensive burden, and so far, only the Browns have run fewer pass plays than the Vikings.

It’s not that Bridgewater needs Peterson in order to succeed; he showed the most promise among last season’s rookie quarterbacks, displaying his accuracy during a particularly strong December. But after averaging 32 attempts in his 12 starts last year, Bridgewater threw the ball only 18 times in Sunday’s 26-16 win over Detroit, letting Peterson dictate the offensive tempo. Bridgewater picked his spots carefully, compiling almost three-quarters of his total yardage on third downs.

He also showed the ability to scramble out of trouble on several occasions, but Bridgewater hasn’t quite been able to escape the pre-draft concerns about his arm strength. He wisely plays within his limitations but is still forced to loft the ball in situations where other passers could fire a bullet: He has sailed multiple intermediate passes to tight end Kyle Rudolph, and speedster trade acquisition Mike Wallace has been targeted only once on a vertical route.

There has also been one particularly interesting tell in the Bridgewater–Peterson offense: When Bridgewater starts a play under center (about 40 percent of the time), Minnesota has almost exclusively run the ball. Against Detroit, Bridgewater’s only pass in 25 snaps under center was a Favreian flip on which he showed good awareness to avoid a sack. Whether it was an omen or a coincidence, Peterson did the heavy lifting again, taking the impromptu pass down the sideline for 49 yards.

A stiff-arm gone awry forced Carr to leave Oakland’s season opener before halftime with one sprained hand and zero points on the board. But that sour start made his Week 2 performance — a career-high 351 passing yards in a surprising 37-33 win over Baltimore — that much sweeter, as Carr helmed an offensive attack that posted the franchise’s highest point total since 2010.

Much of Carr’s success can be attributed to his new weapons at wide receiver: Rookie Amari Cooper caught seven passes for 109 yards while veteran Michael Crabtree added nine receptions for 111 yards, and each caught a touchdown. But it’s clear those receivers are also blessed with a quarterback who can deliver the ball to all areas of the field. Carr did forgo some yards by underthrowing his receivers, including a lackadaisical ball that Will Hill intercepted with the game tied late in the fourth quarter. The besieged Oakland defense held Baltimore to a field goal, however, and Carr responded by leading a sizzling two-minute drive. He went 7-for-9 for 65 yards, completing passes to five different players and culminating the drive with a down-the-middle dart to Seth Roberts for the winning touchdown.

In Week 2, only Aaron Rodgers rolled out of the pocket more often than Carr, who posted the best passer rating in the league on those eight plays. After establishing that success on bootlegs, Carr spent the final drive exclusively in the pocket, allowing the Raiders to conserve time with his quick decisions. When in the pocket, he displayed good footwork, constantly reshuffling his feet so he could quickly plant and commit to a throw at the precise moment a window opened. That ability to adapt bodes especially well for Carr and the franchise’s future.

Bortles, Manziel, Bridgewater, and Carr must next show they can build on these positive Week 2 performances by consistently playing at such a level. Really, each of the four — with the possible exception of Manziel — looks like he could go down as the best quarterback of the 2014 draft, but it’s still too early to make any such judgment. For now, those fans who want to forget first-round failures Blaine Gabbert, Brandon Weeden,3 Christian Ponder, and JaMarcus Russell will have to be satisfied with what should be a very welcome palate cleanser.