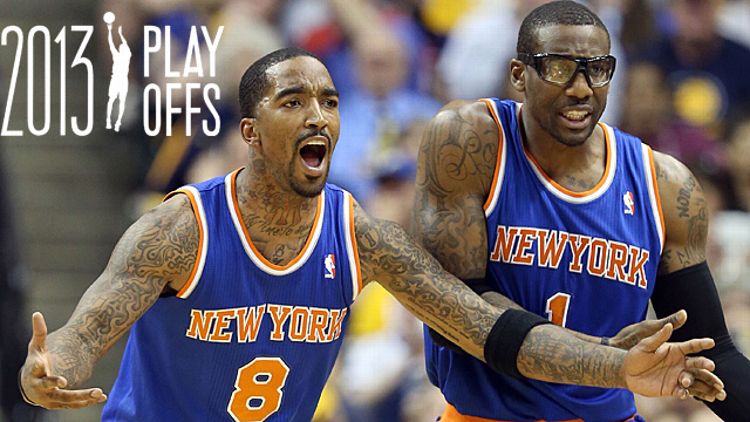 Danny Chau: It was a good night for the 2011 trade that sent George Hill to the Pacers and the draft rights to Kawhi Leonard to the Spurs. At the time, it was a shrewd attempt from both franchises to patch up their more glaring weaknesses. The Pacers needed a versatile, two-way player to fill in the gaps left in the Pacers’ backcourt, and the Spurs needed an infusion of youth, a lottery-type talent that they hadn’t been able to acquire since Tim Duncan (really fitting that Leonard fell one spot outside the lottery). Now, less than two years later, the trade is one of the reasons why each team is only one win away from their respective conference finals.

Hill and Leonard were incredible last night. Hill was the only bright spot in the Pacers offense, which shot 35.4 percent without him (his 9-for-14 outing single-handedly raised that figure to 40.8 percent), while Leonard, who was nearly perfect from the field, shooting 7-for-8, was the model of efficiency for a Spurs team that couldn’t miss.

Hill has been exactly what the Pacers needed to make this kind of playoff push. Like Mike Conley Jr., who is rightfully getting a lot of buzz right now, Hill will likely never be an All-Star, but his role as a game manager and a sneaky offensive threat sets a standard for the Pacers offense. He’s provided a steadying influence for the once-wild Lance Stephenson and allayed Paul George’s growing pains in his ascent to stardom.

Leonard, like Hill in his days as a Spur, plays a significant role as a fourth option, never hijacking the attention for too long. It was frustrating to watch Hill at times, knowing he was capable of more, but there was always going to be a ceiling to his contributions playing behind Tony Parker and Manu Ginobili. There is no such limit for Leonard, but he often plays like there is. His youthful reticence and by-the-book abidance to the system is partly the cause, but we also might be asking too much of him too soon in the first place.

Fortunately, there’s still time, because it seems likely both teams will advance. Last night was a good example of what these players are capable of when let loose. It wasn’t a trade that heavily tipped the scales at the time, but both teams have come away as big winners since.

Knicks are trying to find themselves on the go. Kinda like take out food or a drive thru. They can’t find the ketchup. >>>>>

netw3rk: In his inimitable, fractured, non sequitur way, Metta World Peace perfectly summed up the Knicks’, and Mike Woodson’s, strategic efforts against the Pacers last night in Game 4. And listen, regardless of what lineups Woodson puts on the floor at whatever junction of the game, the Pacers are the best defensive team in the league. They have excellent rim protection, the athleticism to guard Melo, and they are the best in the league at defending the 3-pointer. They are the better team. OK, fine, but in what universe is playing Pablo Prigioni — who you could easily argue is New York’s best point guard — 3 minutes and 26 seconds TOTAL, while giving Jason Kidd, who at this point is ambulating around the court sheerly by rigor mortis, almost 16 minutes?

Which brings me back to World Peace’s awesome fast food drive-through metaphor. Before Game 4, Mike Woodson said he wanted to attack the Pacers defense by upping the pace and getting out on the break. He went big in an attempt to put defensive pressure on Roy Hibbert and close the rebounding deficit, starting Kenyon Martin next to (the noticeably diminished) Tyson Chandler, bumping Carmelo Anthony to small forward and Prigioni to a Kafka-esque prison camp. The problem is, during the season, New York had the no. 18 defense in the league; they were one the worst rebounding teams while Indiana was the best; and New York played the fifth-slowest pace with the least points off fast breaks. They simply don’t have the ability to outrebound the Pacers, outdefend the Pacers, or fast break on them. The Knicks rode ball security, spacing, and a barrage of 3s to 54 wins. The Pacers aren’t just going to let the Knicks do what they want, but the Knicks are making it easy by reaching for a gear that just isn’t there. They are trying to find themselves on the go and they can’t find the ketchup.

Brett Koremenos: If everyone loves a winner, why isn’t San Antonio more beloved? Intellectually I’m sure, on some level, that most NBA fans respect the Spurs. But in their hearts, it seems like a majority of folks feel either animosity or apathy toward the organization. Why is that? I can understand the disdain for the stifling, mechanical Spurs of the ’00s. But how could you hate this team? Especially considering they remodeled their offense in 2011 after Phoenix’s “Seven Seconds or Less” system, which is perhaps the most entertaining brand of basketball to hit the NBA?

Last night it finally hit me. The Spurs, no matter how they play or who they employ, are destroyers of fun. Their latest victim is the newest darling of the NBA playoffs, Steph Curry and the Warriors, a team that everyone loves because they are about as fun as a basketball team gets. Crazy home crowds, a superstar who goes on scoring binges in the most electrifying way possible, and a supporting cast filled with dudes like Draymond Green who hustle their way into your heart.

The Spurs do not care about the growing appeal of the Warriors, the growing stardom of Stephen Curry, the hustle of Draymond Green, or the heart of the one-hipped David Lee. They have just kept churning out victories (thanks in part to Curry’s injured ankle) with smart-but-subtle adjustments, great execution, and a steady diet of cruelly efficient basketball. It’s play that’s fucking flawless at times, but almost annoyingly so. Even I, a Pop-loving, winning-obsessed writer with a background as a high school hoops coach, turned off the TV last night irritated at the notion the Spurs were closing in on yet another Western Conference finals.

4. The Curse of Jason Terry

Andrew Sharp: The longer J.R. Smith shoots himself and the Knicks into oblivion, the more impressive Terry becomes. Smith is 26-for-91 from the field since he elbowed Terry a few weeks ago, including 7-for-22 (and 3-for-10 from 3) Tuesday night against the Pacers (prompting this Twitter account to briefly dominate the Internet). Afterward, Smith said, “I take the blame for this whole series. It started off with Game 4 in Boston or Game 5. I haven’t been playing [like] myself. I haven’t been playing my part. I’ve been letting my teammates down. I’ve been letting my coaches down.”

But IT’S NOT YOUR FAULT, J.R. It’s not your fault. First, let’s be honest, the Knicks have bigger problems than J.R. Smith — Carmelo, Mike Woodson, Jason Kidd’s corpse, Tyson Chandler, Mike Woodson again, and so on. So while Smith’s slump is its own sort of bombed-out spectacle, we shouldn’t let it distract us from the broader Knicks disaster that’s happening here. Everything is falling apart at once. No one is playing well.

Second, THIS IS ALL JASON TERRY’S FAULT.

And who knows how long it’ll last. Maybe it’ll ruin the rest of his career, maybe it’s just for the rest of these playoffs. Maybe nothing will be solved until Smith sacrifices a teammate to the basketball gods as a penance (make yourself useful, Q-Rich!), or maybe Smith will have to get a few more tattoos this offseason to move on with his life. All we know is this: J.R. Smith is a free agent this summer so this couldn’t happen at a worse time for him, and the Knicks have been a complete mess, so adding Smith’s struggles to the mix just makes it all worse. Oh and we also know it all started with Terry, who clearly threw a hex on Smith three weeks ago and ruined everything for everyone. Do not cross JET.

If you’re keeping track now, the two most impressive things Terry’s ever done are (1) ruining J.R. Smith’s life just because he can, and (2) getting an NBA championship tattoo before the 2011 season, then going out and winning the title. (Never forget that happened.) (Jason Terry is evil.)

Love and hip hop Atlanta is the most ridiculous show ever.This is what I have to resort 2 since they don’t have the game on #smhTurksncaicos

Ugh #smhTurksncaicos. We’ve all been there, right?

It’s a good, quick reminder that NBA players have much cooler lives than you and me, and we should probably be way more envious than we already are. First because Lawson is living it up in Turks and Caicos this week, but mostly because Lawson didn’t have to watch Knicks-Pacers with the rest of us last night.

Ty Lawson, man. Just out there LIVING THE DREAM.

Chris Ryan: From another angle …

The Tribe Are Winning Over the Doubters