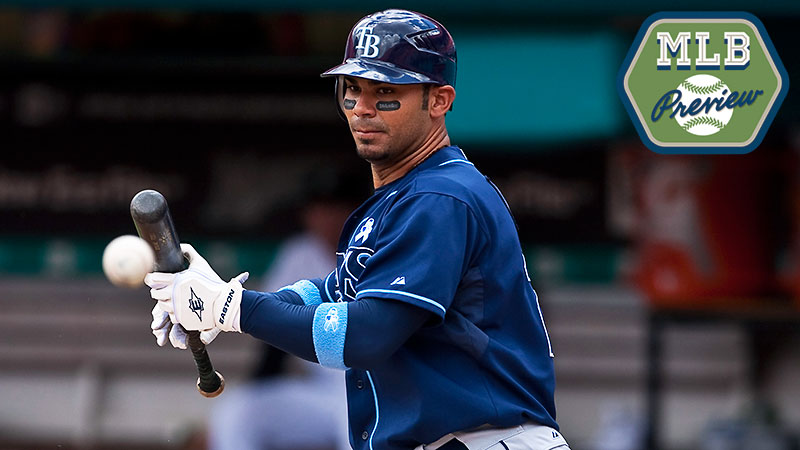 Kirt Manwaring, the San Francisco Giants’ former Gold Glove catcher and current catching coordinator, told me last year that baseball clubs are copycats. “That’s the way the game is,” Manwaring said. “Once somebody does something, once somebody’s successful at something, then they want to try to find the method behind the madness.”

Manwaring was talking about pitch framing, the art of catching a pitch in such a way that it’s more likely to be called a strike. Thanks to the advent of precise pitch-tracking technology, that art has recently become much more of a science, but its impact is still easy to overlook if you’re not running (or reading) the right studies. The difference in appearance between smooth and stiff receivers is subtle from a center-field camera feed and all but invisible from other perspectives. And the difference in results is even easier to dismiss, since the umpire’s presence gives batters (and benches) a convenient scapegoat for any borderline call that goes against them.

It’s much more difficult to overlook an infield shift. A batter might miss what a catcher is doing behind his back, but he can’t help but pay attention to the infielders in front of his face. And when a shortstop slides to the right of second base or a third baseman relocates to right field and gloves a ground ball that would have snuck through a standard defense, it’s impossible for teams that don’t shift not to notice and wonder whether they’re missing out.

A strategy clubs can see is a strategy clubs can copy, and most have caught on quickly. According to Baseball Info Solutions, use of the shift nearly doubled from 2011 to 2012 and increased by another 77 percent last season. Inside Edge, another data provider that tracks defensive alignments, reports a less rapid rise, but whatever the true rate, it’s clear that shifts have become both more common and more creative. Teams have long employed the so-called “Ted Williams” shift (with three infielders on the right side of second) against selected left-handed sluggers, but lately they’ve diversified, shifting on right-handed pull hitters and tailoring their alignments against lefties to the traits of each hitter rather than relying on a one-size-fits-all setting.

Last season, the shift got great PR from the Pittsburgh Pirates, who assembled a ground ball pitching staff, more than quadrupled their infield shift rate (according to BIS), and rode the extra outs to their first postseason appearance since 1992 — or so the story goes. The extent to which infield positioning was responsible for the Pirates’ success has probably been exaggerated (their BABIP allowed on ground balls dropped by all of four points from 2012 to 2013, and they owed some of their improvements in the field to a full season from left fielder Starling Marte and the addition of pitch-framing fool Russell Martin), but the shift played a part. Any holdouts who weren’t persuaded by the Pirates’ playoff push might have been swayed by the Red Sox, who got aggressive on defense and won the World Series after ranking right behind Pittsburgh on BIS’s leaderboard of total team shifts.

This winter, a few teams have gotten in on the act by hiring a new kind of coach devoted to defensive alignments. The Nationals, who shifted less often than any other team last season, brought on a “defensive coordination and advance coach” to address that deficiency, and the Tigers and Angels created equivalent roles. The Reds, who replaced old-school skipper Dusty Baker with Bryan Price, have expressed an intention to shift more often, as have the formerly shift-averse Phillies. In just a few years, an experimental tactic that only hipster managers were cool enough to try has gone so mainstream that it’s being embraced by a team that didn’t hire its first full-time analyst until long after lovable luddite Aaron Sorkin helped make Moneyball into a movie.

For all its newfound popularity, though, the shift’s results rest on a fragile foundation. Its survival depends on a premise that every responsible money manager rejects: that past performance is indicative of future results. The shift works best if batters follow the script in their spray charts and continue to hit like they always have. Change the individual, though, and the individualized defense will backfire.

The more often a hitter faces the shift, the more he can profit from altering his approach, so if shift rates continue to climb, a response at the plate will make more sense than ever. Fortunately for hitters (and for fans who like to see runs scored), batters can beat the shift in one of three ways.

There’s a simple solution to exploiting any shift that leaves the left side of the infield open: bunt. In the past, the power hitters who saw the lion’s share of the shifts were reluctant to drop one down, both because they’d rarely been asked to bunt before and because they felt that surrendering any hope of a home run “took the bat out of their hands.” (And maybe also because of the perception that chicks don’t dig the bunt.)

However, now that even less powerful hitters are encountering shifts and sluggers are seeing so many, the benefits of bunting are too big to ignore. According to Tom Tango, coauthor of The Book and consultant to major league teams, it makes sense for even the best hitters to bunt with the bases empty and the shift on as long as they can get the bunt down at least 45 to 50 percent of the time. An average hitter has to have only a 40 percent probability of getting the bunt down to justify the attempt; for a poor hitter, the bar falls further, to 35 percent. (The threshold rises with runners on base.)

During his first tour of duty in Tampa Bay, Peña became the poster boy for bunting against the shift, doing so eight times in 2009 (five times successfully), according to Inside Edge, even as he led the American League in homers. While with the Cubs in 2011, Peña reached base via the bunt eight times, and his 80 percent success rate led all players with at least 10 attempts. Despite being slow-footed, Peña often made it to first without a throw (or better yet, with a throwing error).

Even though the Astros released him last July, limiting him to 328 plate appearances on the year, Peña (who’s now in Angels camp on a minor league contract) led the majors with nine bunt attempts against the shift over the last two seasons. (The Rockies’ Carlos Gonzalez ranked second, with seven.)

According to Inside Edge, there were only 50 bunt attempts against the shift last season (out of several thousand opportunities), up from 40 in 2012. If BIS’s claims about climbing shift rates are correct, then hitters have been slow to adjust. When they did deviate from the script, though, they were extremely successful. Twenty-seven of the 50 bunt attempts went for hits — a .540 average — and some of those hits went for extra bases, like Robinson Cano’s bunt double on September 13. That’s the kind of success that should inspire copycats.

We know of at least one hitter who plans to follow in Peña’s plodding footsteps this season: Oakland’s Brandon Moss, who’s been bunting like nobody’s business in workouts and exhibition games. Moss understands that in his case, bunting for base hits can pay off in more than one way: It’s likely to lead to singles, but more importantly, it will make teams more wary of shifting against him in the future. The bunt is a big deterrent.

Of course, would-be bunters aren’t always true to their word. In the spring of 2012, both Brian McCann and Mark Teixeira said they planned to bunt to beat the shift. McCann followed through on the threat, bunting (and singling) three times from 2012 to 2013, but Teixeira has yet to try it.

Peña embraced the bunt, but he refused to change his stroke; if he wasn’t bunting, he was swinging for the fences. Dunn has taken the opposite tack. Until the middle of last season, Dunn was the classic shift candidate: a lumbering left-handed hitter who pulled almost all of his grounders. He was also a frequent shift victim: At the end of last May, he was hitting .156/.246/.387, due in part to a .095 BABIP on grounders.

As Dan Hayes reported last summer, Dunn grew sick of losing singles and decided to do something about it. He didn’t try to bunt, but he did make more of an effort to slap the ball the other way. The difference was dramatic.

From June on, Dunn hit .250/.354/.469 with a .311 BABIP. What he lost in long balls, he more than made up in base hits. And as the trend continued, teams took note, shifting less often against him in September than they had during the first five months of the season.

Not all hitters are willing and able to get better at bunting or going the other way, so if the shifting craze continues, we might see teams take matters into their own hands. Instead of trying to persuade predictable players to do something different, teams could target hitters who already keep defenders guessing. Hitters who use the whole field don’t have to adapt: They’re inherently immune (or at least resistant) to the shift.

Moss pulled almost two-thirds of the ground balls he hit last season, the highest rate among qualified left-handed hitters. Aoki pulled just more than one-third of his, the lowest rate.

According to both BIS and Inside Edge, Moss faced the shift frequently; IE’s info indicates that his BABIP with the shift in place was 30 points lower than it was otherwise, a fairly typical dip. Aoki, on the other hand, saw one shift all season. The shift doesn’t suppress offense evenly; all else being equal, the hitter with the wider distribution of batted balls — and the lineup stacked with such players — has a lot less to lose.

Predictability is generally bad for baseball players. Just as batters would tee off on a pitcher who always threw the same pitch to the same location on a certain count, defenders can make hitters pay for peppering the same spot on the field. MLB Advanced Media’s new radar- and camera-based tracking system will soon make even more precise positioning possible, so the shift isn’t going to go away on its own.

By conceding wide swaths of the field before the pitch, defenders who shift give away information about their whereabouts without receiving any info about the hitter’s intentions in return. All too often, though, the batter does nothing with that knowledge.

Hitters have a choice. Those who swallow their pride and fight back by bunting or slapping the ball toward a hole should flourish despite the shift. Those who stick with what Grantland colleague Michael Baumann (who’s in favor of outlawing the shift) called “self-destructive stubbornness” — and what Dunn called “stupid, stubborn ways” — will find it harder than ever to make it in the majors. This season, we’ll start to find out how adaptable hitters are. And maybe then we’ll be able to tell whether the shift is a fad or a fixture.