How We’d Fix It: The MLB All-Star Game and Home Run Derby 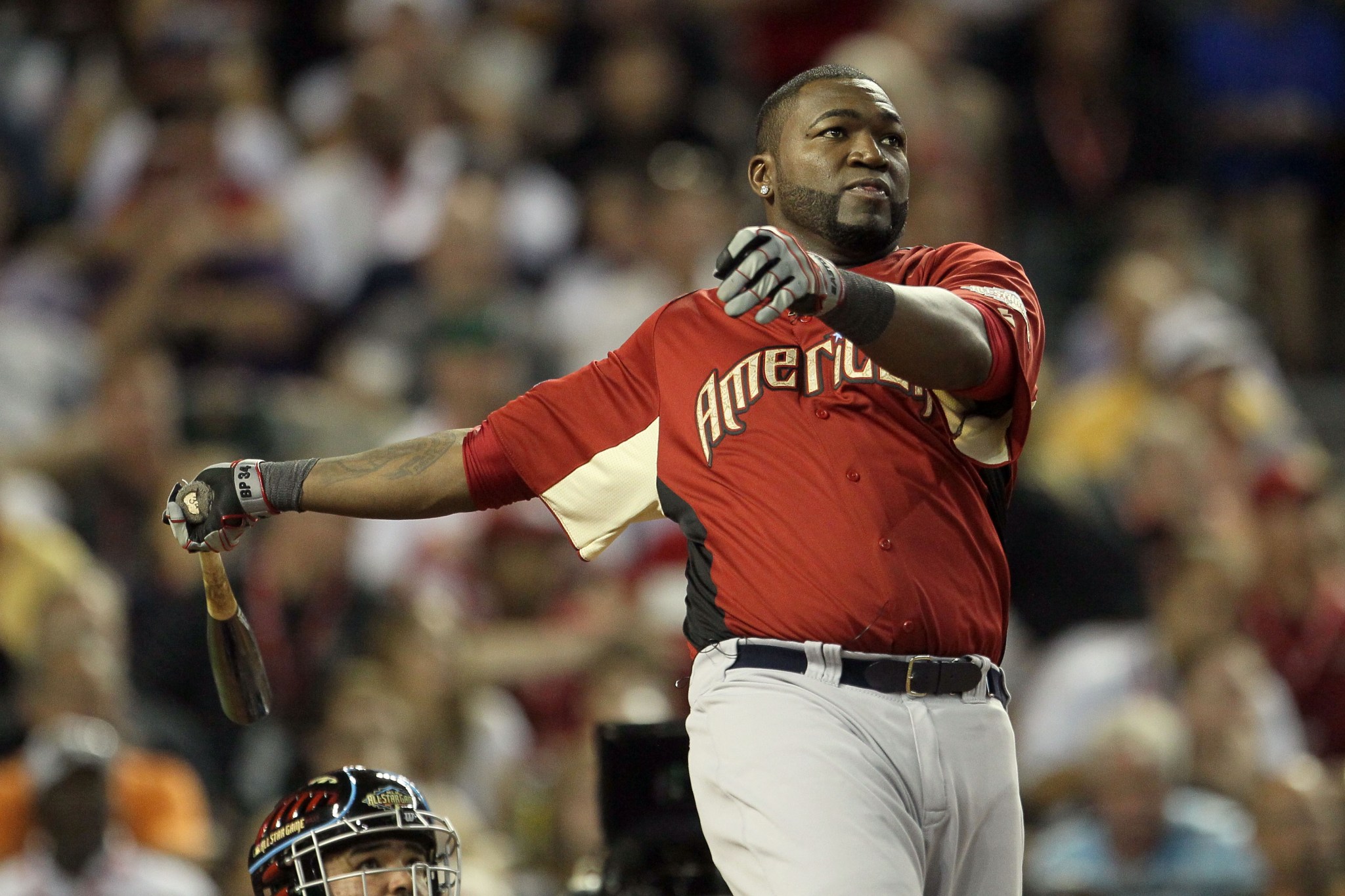 Combine Battleship With The Hunger Games

David Jacoby: Here is how you fix the Home Run Derby: Start with an aircraft carrier. Matter of fact, whenever you are “fixing” anything, “start with an aircraft carrier” is always a good jumping-off point. Now you take said aircraft carrier and anchor that bad boy about 350 feet from shore. Not just any shore: Make it a bay that somewhat mirrors the dimensions of a major league baseball park. You see where I am headed with this, don’t you? Yep, you’re right, the guys on the aircraft carrier have to hit the balls back to land in order to get credit for a home run. Not a bad idea, huh? Well, we aren’t done pouring extra awesome sauce on this yet. Every single ball that gets hit off the aircraft carrier has a dollar value, so if you retrieve the ball you can turn it in for a cash prize. Some are worth $500, some are worth $1,000 and the “money ball” is worth $10,000. Now you don’t only have the spectacle of the baseballs flying off an aircraft carrier onto the beach, you have the battle for the balls as well. I know what you are thinking: Won’t this get ugly? I don’t want to watch people tear each other’s arms off over a baseball on national television. Fear not: The whole event is recorded, and the stealing of baseballs from the rightful owner (he/she who caught it) will be policed. Are you really going to read this and tell me that this wouldn’t drastically increase your interest in the Home Run Derby? If you don’t like this idea, you are basically taking a stance against beaches, bikinis, free money, and the United States military. Don’t take a stance against beaches, bikinis, free money, and the United States military. That would be dumb.

Sal Iacono: Here’s a can’t-miss event: Each manager has 30 seconds to tell off an umpire. Insult originality, as well as accumulated dirt and saliva measured on the men in blue, will all be factored into the manager’s final score. And to make it fun, we’d have three known managerial hotheads judge the competition: Tommy Lasorda, Bobby Cox, and — oh, what the hell — let’s say J.Lo decide once and for all who the biggest a-hole skipper is. You’re welcome, Bud Selig.

Take It to the Streets

Chris Ryan: What does “hosting” an MLB All-Star Game even mean anymore? If a city is going to host a midsummer classic, then it should really host the thing. How to do this? Easy. Like most things in life, Jimmy Rollins has the answer.

That’s Jimmy going yard on the Benjamin Franklin Parkway. This is what you do: Take an iconic street or boulevard or avenue, SHUT IT DOWN, pick one end, put a home plate there, point dudes in the right direction, and say, “Go mash.” Here’s what you are thinking: This will create traffic problems. So does a moron in a Yaris who doesn’t know how to drive. Would you rather there be gridlock because Prince Fielder just hit a ball from Michigan Avenue into the Chicago River or because some guy tried to make a left turn from the middle lane? That’s what I thought. Cityscape Home Run Derby. I’d watch the hell out of it.

Forget Starters, What About the Finishers?

Bill Simmons: Hey, you know how the All-Star Game is fun for about two innings … and then the crowd goes into a coma, a bunch of no-namers start trickling into the game, and the last few innings of the game double as an extended root canal? They tried to address this nagging issue by having the winner swing home-field advantage for the next World Series, but even that didn’t totally work. Nobody cares who wins the All-Star Game. Unless you gamble on it.

(Important note: I care about the All-Star Game every year, if you catch my drift.)

There’s an easy fix here. (Try to follow me; I will type slowly.) Every year, we vote for the players we’d most like to see in the All-Star Game. That makes it a popularity contest, no different than voting on the winner of American Idol, the U.S. presidency or one of those SportsNation polls where Colin and Charissa show you three videos of someone getting hit in the balls and you have to decide which one is the funniest. The most popular players then start the All-Star Game, play for a few innings, then eventually get replaced by less popular players. As this is happening, we slowly lose interest in the game because — again — the most popular players are sitting in the dugout spitting sunflower seeds, making bad jokes and awkwardly pretending that they don’t think A-Rod is a total douche.

If this were a television show — say, Breaking Bad — and Walter White was replaced halfway through an episode with another character, I’m almost positive you’d lose interest in that episode. But what if he didn’t show up until halfway through the episode? What if you knew the last 30 minutes were always going to be the best part of the show? You’d watch the first half while saying to yourself, “I can’t fucking wait for the second half! Walter White is coming!!!!” Right? See where I’m going here?

That’s right … Instead of voting for All-Star starters, we should flip it around and vote for All-Star finishers. In other words, the best and most popular position players would play the last five innings (plus extra innings if they happen) and decide (a) the outcome of that game, and (b) home-field advantage for the World Series.

This Time, It No Longer Counts

Jonah Keri: It’s great that fans get to vote for the starters. It’s fun if players and managers vote for the rest. But thanks to rules that ensure every team is represented, that pitchers can only go so long, and that X number of players must be picked for every position, we get suboptimal rosters that lack some of the best players in the game. And that’s before we get to the most basic point, which is that a random glorified fast-pitch softball game in July should have no bearing on the World Series in October. Yes, this photo was embarrassing (though also very meme-worthy). Still, we’ll live with once-in-a-blue-moon extra-inning ties if it means teams get rewarded for having the best record over 162 games. That’s how home-field should be awarded in the World Series. The All-Star Game should be a fun exhibition in which fans and players get to enjoy themselves. Nothing more.

Bryan Curtis: Barry Bonds squares off against Jason Giambi. MLB doesn’t willfully forget what happened in the ’90s — it brings it back in Old Timers form. That’s the derby–cum–moral reckoning I want to see.

Shane Ryan: I’m sick of the Home Run Derby. Home runs are like slam dunks — in an actual game, they’re awesome, but in an exhibition format it just gets really old, and really repetitive, really fast. Does anybody actually enjoy the Slam Dunk Contest anymore? The answer is obviously yes, but I think there’s a growing number of people like me who think it’s monotonous and who are more impressed by skills contests like the 3-point shootout. So why not turn the Home Run Derby into a hitting skills contest? My idea is that you get nine swings (or “outs”) to put the ball in nine separate zones of the field. Shallow left, shallow center, shallow right, deep left, deep center, deep right, home run left, home run center, home run right. For each zone, you get points for landing the ball there, and an additional bonus for hitting it there fast, since line drives are more difficult to place than pop-ups. (The details of the scoring system can be worked out later.)

This would solve three problems. First, it would decrease the scoring imbalance in the derby and make every round close. Second, you wouldn’t have the nagging problem in which the most impressive home run hitter burns himself out in the early rounds and loses in the finals (this has happened six times in the last 12 years, most notably to Josh Hamilton after his 28-homer round in 2008). Third, you could invite different kinds of hitters and create room for an upset.

This will certainly never happen, because the Home Run Derby is entrenched in baseball lore. But unless Robinson Cano wins again, I know I’ll spend the bulk of Monday’s telecast watching home run after home run leave the park, and wondering why I should care.

Mark Lisanti: How can we fix the Home Run Derby? I think this minor league team’s got it figured out: people eating and drinking on the field while balls whiz above their heads at a thrillingly close range, a bar at second base, a couple of interns launching themselves off trampolines/dangling from cranes, and moving targets in the outfield. Maybe I’d throw in some hungry tigers roaming the outfield and launching fans over the wall with daredevil cannons, but perhaps that’s just gilding the batshit lily (h/t to Deadspin on the video).