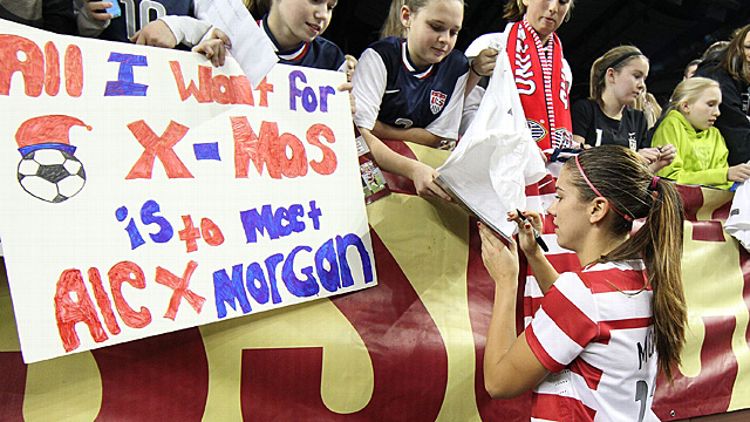 The football again provided superlative theater over the weekend. Goals, pitch invasions, blood, Scientological sightings — the Manchester Derby had it all, even it did feature two teams neutrals love to loathe. In this week’s pod, Michael Davies and Roger Bennett brave the apocalyptic 12/12/12 to recap all the action from league, a place where, as Tottenham realized yet again, dropped points hurt more than a straight loss.

But the true attraction to this week’s pod is a guest appearance by FIFA Player of the Year finalist Alex Morgan. The U.S. striker has reached rock-star status since winning Olympic gold in London and joins the Blazers from the road during the final matches of the Fan Tribute Tour. Morgan offers her thoughts on her growing celebrity, playing at Old Trafford, nicknames, and the launch of the next professional women’s soccer league. Courage.

Licensed to Ill? How the Brooklyn Nets Have Borrowed From Manhattan's Beastie Boys