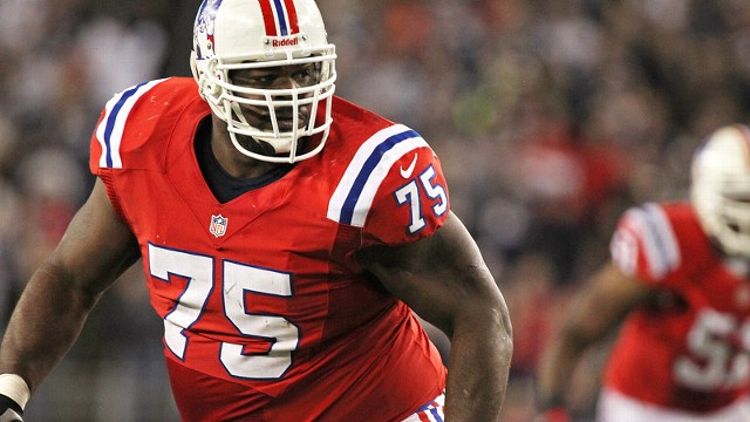 In the run-up to Monday Night Football this week, there was a lot of talk about the chance for Patriots-Texans to be a showcase. In front of a national audience, one of the best defensive players in the NFL was afforded a chance to show the football-watching world just how vital he is to his team’s long-term success. If the AFC powerhouse to which he belonged was going to make a run, he’d certainly be part of it, and that run would start in Foxboro.

That’s pretty much how things played out. The only difference is that the player in question wasn’t the one most people would have guessed. Vince Wilfork, at age 31 and in his ninth season in New England, was absolutely dominant against Houston on Monday. With Wilfork in the middle of the Patriots’ defense, the Texans’ revered running game was rendered useless, and the 325-pounder even added his 15th career sack with a strip of Matt Schaub.

Wilfork’s impact is nothing new. For a while now he’s been the most impactful member of the New England defense, and he’s got more than a few Pro Bowl trips to show for it. Not often, though, does he have a game that causes everyone to take notice. What came as a surprise when Wilfork sacked Schaub wasn’t that it happened, but that it had only happened 14 times before. The whole thing — Wilfork’s game and the relative lack of stats — was enough to start a Twitter conversation (credit to ESPN The Magazine’s Kevin Van Valkenburg for starting it) about Wilfork’s chances at getting to Canton, and, for that matter, the chances for any of the players who’ve had careers that mirror his.

This season has been a special one for defensive statistics. It seems like sack stats are piling up like never before. Aldon Smith has a very real chance at bringing the single-season record, and both Von Miller and J.J. Watt aren’t all that far behind. Two years into the careers of all three, Mel Kiper is already saying they look destined for the Hall of Fame. Wilfork, on the other hand, has fewer sacks in his career than each has on the season.

One argument is that guys like Wilfork (and Casey Hampton and Kris Jenkins) might be better served by their numbers in the run game. This isn’t really the case. There are some players who are nominally “defensive tackles” that play in a scheme and with a style that lends to racking up tackles for loss (Geno Atkins, Aubrayo Franklin), but responsibilities and definitions for success are often different between defenses. According to Pro Football Focus, through November, both Gerald McCoy and Roy Miller were among the league’s worst in run-stop percentage for defensive tackles (or the percentage of stops made in relation to the number of rushing plays they faced). Gerald McCoy and Roy Miller are the starting defensive tackles for the best rush defense in football. Most of the time, keeping blockers off teammates is just as effective as beating them one-on-one. Vince Wilfork has made a career out of this, but when it comes time to evaluate that career, there will still be those who point to the nonexistent numbers. (Editor’s note: The stats in this piece are the traditional ones. As ESPN Stats & Information mentioned earlier today, the difference between Wilfork’s on-field and off-field splits are drastic.)

The current makeup of the Hall of Fame points to this type of bias. Only five players whose careers ended after 1980 and are considered “defensive tackles” have gotten in. Of those five players, four — Joe Greene, Alan Page, John Randle, and Randy White — unofficially recorded more than 100 sacks (the stat became official in 1982). The fifth, Cortez Kennedy, had 58 — almost four times what Wilfork has amassed in his nine seasons.

When Wilfork and the other elite nose tackles from this era do become eligible, it seems like most of the arguments for them are going to be anecdotal, of the, “But don’t you remember … ?” variety. They’re going to be rooted in stories like the one about Jon Gruden hugging Eric Mangini when a Jets trade took Kris Jenkins out of the NFC South, or about how Casey Hampton was in step with Troy Polamalu in defining Pittsburgh’s championship defenses. Every other piece of the Patriots’ defense has turned over since their last Super Bowl win; Vince Wilfork has remained the only constant. With a career full of seasons resembling this one, J.J. Watt is almost certainly headed for the Hall of Fame. But on Monday night, he was the second-best defensive player on the field, and it’s probably time to start acknowledging that the best big guys deserve a similar legacy.