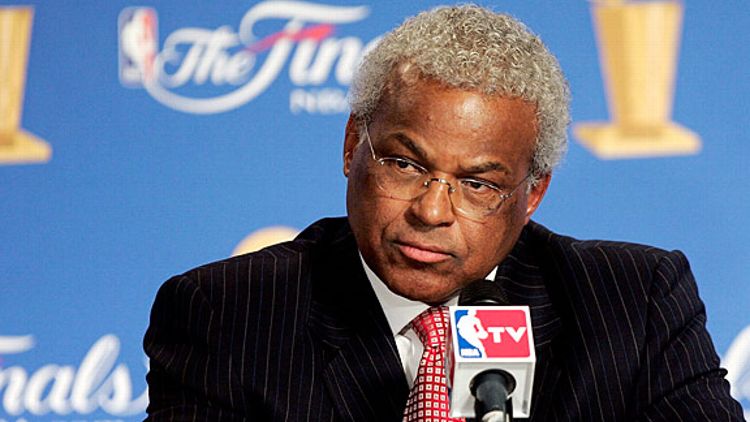 Earlier this week, National Basketball Players Association executive director Billy Hunter said he expects the entire upcoming season to be canceled thanks to the labor situation. At first glance, such a gloomy statement seems like dire news for NBA fans. Is it finally time to panic? Not yet. On closer inspection, Hunter’s comments don’t really tell us anything about the likelihood of the league’s return.

Hunter is in an unenviable PR position. Unlike most union heads, he can’t count on general goodwill and support from a large slice of the working public. It’s hard to paint the standard “little guy takes on big, heartless management” labor-strife picture when your union represents millionaires.

Instead, Hunter has to sneak in his rhetorical jabs whenever he sees an opening. This week, he got one. Hunter’s comments to the American Bar Association amounted to him throwing his hands in the air and saying, “Ugh, some of these crazy, stubborn, billionaire owners! I can’t do anything with them, you guys!”

Hunter said that if he “had to bet on it,” he’d gamble that the whole 2011-12 season will get the ax thanks to the rigid negotiating positions of a group of hard-line owners. Which, of course, is exactly what he has to say. There’s no profit for him in saying, “Nah, I’m not too worried. The owners will fold like a class of origami students.” He has little choice but to make it sound like he fully expects for the season to be canceled. It’s the best leverage play Hunter’s got at the moment. His public doomsday prediction shifts blame for the current impasse onto a small subset of owners.

Yes, it’s a completely transparent attempt at fostering a rift between these owners and their more moderate brethren, but how knows? It might work. Moreover, his statement carries the implicit message that the players aren’t so desperate to play that they’ll accept a crummy deal just to salvage the season.

Hunter’s pronouncement about the season being canceled sounds dire. It was supposed to. It doesn’t really tell us anything, though. It was a ploy, just like the players’ threats to go ply their trade abroad. No need for us to get too nervous as fans yet. Billy Hunter can make all the doom-and-gloom statements he wants. Right now, it changes nothing.

Previously in Lockout Watch:
‘I’ll See You in Court’ Edition