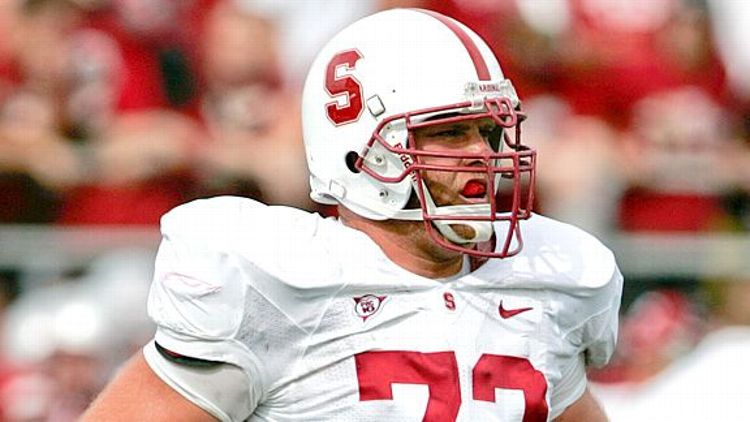 Chase Beeler is 24 years old and is finishing up his master’s degree from Stanford. This summer, he has friends’ weddings to attend and Bay Area couches to surf, both of which will come as welcome breaks from the time he has to spend living at his parents’ home in Oklahoma.

What sets Beeler apart from his comrades in postgraduate malaise is that he has an AP First Team All-American plaque stacked among his textbooks. His unemployment is the result of not only a stagnant economy, but a $9 billion labor dispute. Despite his record as an elite college center, concerns about Beeler’s size gave NFL teams pause in April’s draft, leaving him as one of hundreds of undrafted players who haven’t been permitted to sign with an NFL team during the ongoing lockout. In any other season, Beeler and his fellow free agents would have an idea of whether they had a future in football. Now, they’re being forced to choose between a run at a professional roster and starting a career outside the game.

“For most players that have an ambition to go on to the next level, they don’t really see themselves in that paradigm [of post-graduation unemployment],” Beeler said.  “Now, suddenly, that’s where we’re finding ourselves.”

While others donned designer suits and bear-hugged NFL commissioner Roger Goodell during the draft, Beeler took the advice of friends and spent the time whacking golf balls and avoiding his TV.

“Unless, you’re a sadomasochist, it’s probably not a good idea,” Beeler said via phone from Palo Alto. “That’s the impression I got.”

When the draft’s third day ended without a call, Beeler folded back into the comforts of his routine. Usually, Stanford’s quarterly academic calendar comes as a burden to students whose final exams come weeks after most other schools have already let out for the summer. This year, campus life provided Beeler with a familiar structure within a familiar environment. It’s the dead period coming next that Beeler fears.

“At least others can be proactive when it comes to their occupational situation,” Beeler said. “They can send out résumés. They can at least interact with potential employers. At this point, we’re really stuck in some sort of bizarre limbo. You’re essentially just floating around in the ether without any orientation.”

Unlike many of his fellow NFL hopefuls, the 6-foot-3, 285-pound Beeler’s options and ambitions are not limited to a collision-filled life in the league. At Stanford, he supplemented his master’s degree in eastern European history with two years of Russian language study. About a minute after listing the language’s different cases of noun usage, he gives a quick breakdown of the growing information technology market outside Moscow. After law school, he says, a job with a Palo Alto company looking to expand into Russia would make perfect sense.

After hearing Beeler discuss his plans for the future, one wonders why he is considering playing football at all. With recent discoveries about the unavoidable toll that the game takes on the body and mind, and for a young man who left one of the nation’s top universities with grade point average hovering around 3.8, the hazards of life as an offensive lineman seem to outweigh the benefits. Beeler can see why someone might ask the question, but he contends that 20 years of football leaves a different, less painful imprint.

“It’s just been such a defining part of my life in terms of what I do on a daily basis, the people I interact with, the value system and structure that I’m used to,” Beeler said.

“I have a new understanding and a new appreciation for how important the game is and how big a part of my life it constitutes. But luckily for us, there’s no guarantee but at least we have the opportunity, no matter how diminished it might be by this whole ordeal.”

Beeler says there’s no timetable for when he’ll concede that pro football is no longer in his future. He doesn’t want to speculate much beyond the couple of weeks he’ll spend bumming around Palo Alto. Although it could be months before a new collective bargaining agreement is reached, it could also be days.  For now, Beeler will savor his last bit of direction and hope that if and when the time comes to leave the game behind, he’ll be able to realize it.

“I think that’s just something I’m going to have to evaluate on a day-by-day, case-by-case, situational basis,” Beeler said. “I think that, for the most part, if you’re a realist and you’re prepared to evaluate the situation sort of as it is, it seems to me that, while it would not be totally self-evident when it’s time to move on, I trust my skills of perception to tell me when that time is.”