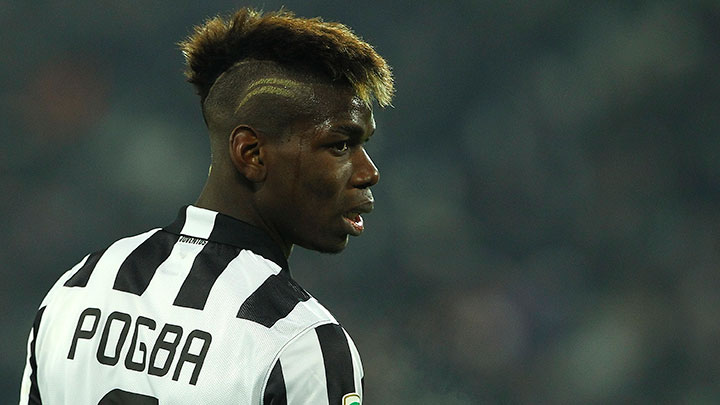 Check back tomorrow for previews of Wednesday’s two fixtures. Here’s a look at Tuesday’s pair of matches.

Mike L. Goodman: Manchester City are, perhaps, the most perplexing Champions League team in recent history. They’ve obviously had a dramatic rise to Premier League power, which saw them go from also-rans to a run of third-, first-, second-, first-, and now almost certainly second-place finishes. And yet, there’s been little-to-no corresponding Champions League success. After failing to make it out of the group stages for two years, last season saw City ousted in the round of 16 by Barcelona, who — surprise, surprise — they face again this year.

So, on the one hand, City’s results clearly haven’t lived up to what you’d typically expect from a top Premier League side. On the other hand, they’ve also been punished by the bizarre Champions League seeding system, which (although it’s changing next year) ignores league performance and focuses only on past European history. Despite their recent domestic dominance, City have never once been the best team in their group; instead, they’ve been saddled with Bayern Munich in three out of their four campaigns and with both Real Madrid and Borussia Dortmund in the lone season Munich was elsewhere. Manuel Pellegrini seemed due for a decent draw this time — and, well, maybe next year. 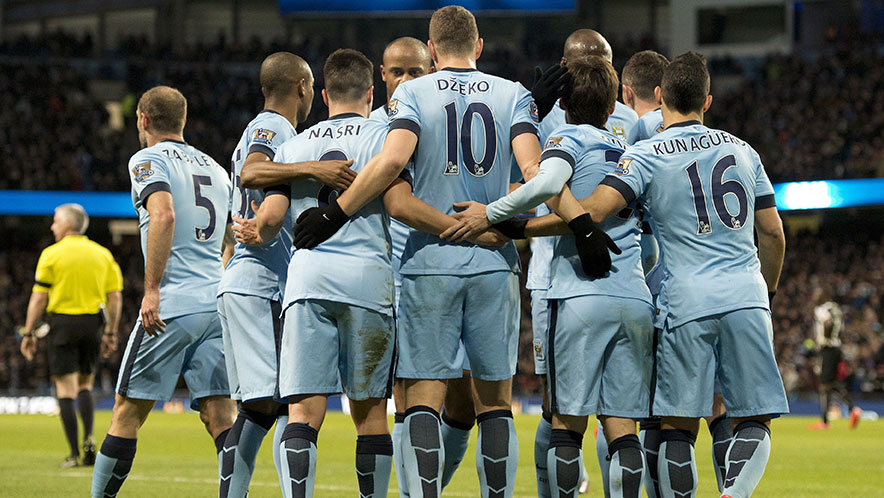 If you’re not paying attention, it’s easy to think of this Barcelona as a team that’s slightly worn around the edges.1 Pep Guardiola’s gone, Xavi is old, they’ve won only one out of the last three La Liga crowns, and the bums haven’t even lifted the Champions League trophy since 2010-11. Let me make this clear: Right now, given the recent results of teams like Bayern and Madrid, Barcelona might be playing better than any club team in the world. Before Saturday’s home loss against Malaga, they’d won 11 straight, including three separate victories over Atlético Madrid, behind a slightly retooled system that features the Lionel Messi, Neymar, and Luis Suárez counterattack from hell and relies slightly less on the influence of a once-world-conquering, now-aging midfield.

Now, none of that means City can’t upset them. City are one of the top 10 teams in the world, but they aren’t the best one. Someday they’ll get to be favorites in the knockout rounds — just not tomorrow.

Ryan O’Hanlon: That’s it, isn’t it? City are really good and really deep and really rich, but they’re just not as good as Barcelona or Bayern or a handful of the other “world class” teams. Sure, much of it is bad luck and a dumb pseudo-mathematical algorithm — but I wonder if it’s not something a bit more systemic too. City, as you’ve written before, play this kind of unique but not-very-innovative style that relies heavily on dominant play from their stars — mainly, Sergio Agüero, Yaya Touré, and Vincent Kompany. In the Premier League, that tends to work because the teams aren’t as good and the tactics tend to be a bit more uniform than in Europe. When you’re playing Real Madrid, though, you can’t just rely on Agüero and Touré being better than everyone else because, well, they’re just not.

What’s dope about this Barça team — beyond them surviving an imaginary, eruption-of-Vesuvius-level crisis — is that they’ve married their bright shine with efficient form. Signing Neymar and Suárez in back-to-back summers could easily be some “Real Madrid at the turn of the century” shit: hoarding the best players and the biggest names … just because. But instead, they’ve shifted Messi back out wide, turned Suárez into a better, more proactive, more petrifying version of Karim Benzema — a tip of the spear who’s provider first, converter second — and ceded some of the possession-or-die principles from the bygone Pep Guardiola era. There’s more space out there when they have the ball now, and Oh. My. God:

City might’ve beaten that ripped-along-the-seams tiki-taka Barcelona you mentioned. They might’ve even been favored against that side. Unfortunately for the Citizens, that team doesn’t exist.

Goodman: It’s really hard to look at this matchup and not see it as a referendum on the German and Italian leagues. Juventus are by far the best team in Serie A, and Dortmund have finally pulled themselves to three whole points above the relegation zone in the Bundesliga. In a sane world, this would be a one-sided affair — but this is not a sane world. In a sane world, the 12th-place team in the Bundesliga would not be one of the better teams in the world, and they wouldn’t have comfortably won a Champions League group that included Arsenal, the third-place team in England. 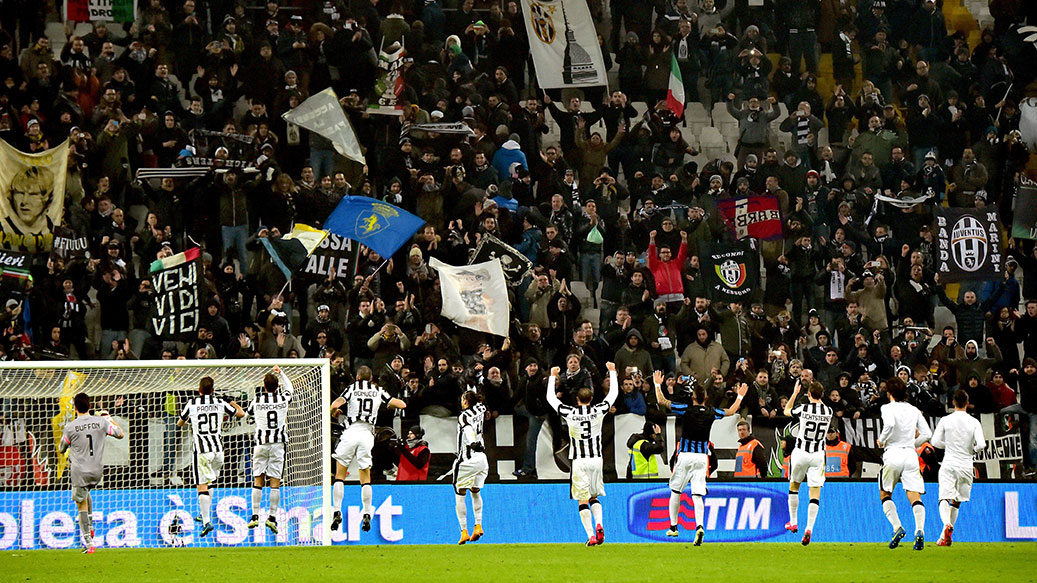 Despite Juventus’s obvious talents, Serie A is in a heap of trouble. It’s not just that the league is becoming more and more uncompetitive at the top, where Juventus looks set to cruise to a fourth straight title, or that the league’s recent struggles in Europe mean their UEFA coefficient2 is barely above Portugal’s. Rather, more urgently, last week the league actually had to cancel a game because last-place Parma didn’t have the money to host Udinese, and now bankruptcy looks imminent for Serie A’s bottom dwellers. Italian football’s financial (and cultural) problems are real, and until the league strengthens itself, it’s time to stop looking at Juventus as a super-club and start looking at them as a stellar example of a great, well-run team from an average league. They’re much closer to a rich man’s Porto than a poor man’s Bayern Munich.

And that’s OK, especially because it should make for a great match against Dortmund. While neither side looks like a threat to win the tournament, both could easily upset a bigger favorite in the next round.

O’Hanlon: I would’ve been really into this matchup one or two years ago, with a Robert Lewandowski–led Dortmund at their Jurgen Klopp–iest and a Juventus still managed by current Italian national team skipper Antonio Conte and propped up by Arturo Vidal and Andrea Pirlo at the height of their powers. Now, though, it’s about one thing.

[Scratches a sharp piece of chalk the size of the Washington Monument against a chalkboard bigger than the Argentine Pampas.] Pogba.

If Neptune rose up out of the Adriatic Sea and started launching his trident at the goddamn moon, you wouldn’t turn the other way, would you? We must cherish every opportunity to watch Paul Pogba as if it’s the eve of the Apocalypse. Ignore him at your own peril.

NHL Weekend: Time for a Makeover