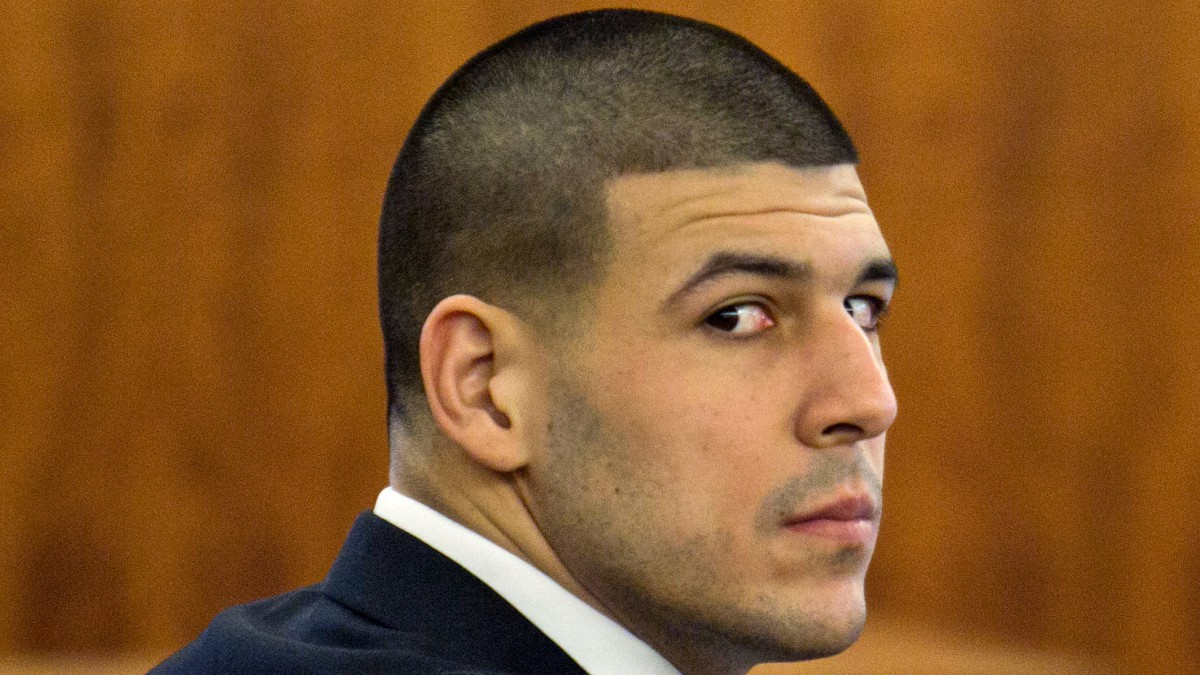 The generation that was raised as television’s influence on the culture hit high tide — a generation to which I belong, by the way — is in an odd position. For us, the idea of Being On Television was always a life’s goal. But now there are hundreds of ways for us to Be On Television. We can withdraw some money from the ATM, or buy a head of lettuce, or sneak through a red light. We can sing a folk song, or recite the Agincourt speech, or dance a tarantella, or tell a dirty limerick. We can film the performance and upload it, and people in Guam or Reykjavik can watch us Be On Television on their telephones. We can write our own movie in our heads and then act it out for millions of strangers. We can be kings or clowns. In the movies in our minds, which technology has enabled us to live out, we can be gangsters too.

Of all the ways for us to be on camera, surveillance videos are by far the strangest. The stark, nearly soundless images bring us into a shadowy, covert, and ominous world. The surreptitious nature of the videos allows us an uncomfortable level of psychological complicity in the events being depicted. You sit there in Courtroom No. 7, in the Bristol County Superior Court in Fall River, Massachusetts. The screens all around the courtroom come to life, and you suddenly are on a dark street off Blue Hill Avenue in the neighborhood of Dorchester in Boston. A black cat scurries along the top of a chain-link fence, setting off lights that are rigged with motion sensors. The digital clock at the bottom of the images reads 2:30. It is the morning of June 17, 2013. The street is deserted. A car pulls up across the street. A man comes out of a house and gets into the car. That man is a 27-year-old semipro football player named Odin Lloyd, and these are the last public moments of his life, caught quite by accident, on cameras mounted on a neighbor’s front porch.

A day later, a jogger found Lloyd’s body, riddled with bullets from a .45-caliber handgun, in an industrial park in North Attleborough, not far from where the New England Patriots play football. Nine days later, Aaron Hernandez, a gifted young tight end with the Patriots, was arrested at his home and charged, along with two accomplices, with murder in connection to Lloyd’s death. It is alleged that Lloyd was killed to keep him from testifying about a double homicide in 2012 in which Hernandez allegedly also was involved. Hernandez was indicted in Lloyd’s death that August. (He was indicted in connection with the double homicide in May 2014.) And he has now come to trial, less than a month after his old team won the Super Bowl. He sits in Courtroom No. 7, watching the grainy video of the last public moments of Odin Lloyd’s life. Aaron Hernandez sits there now, on camera himself, as the trial is being televised. He sits in his courthouse suit and his courthouse tie, and his face turns to stone. At the end of his tailored sleeves, you can see the tattoos running down his arms, peeking out from beneath his cuffs, like somebody else’s skin. 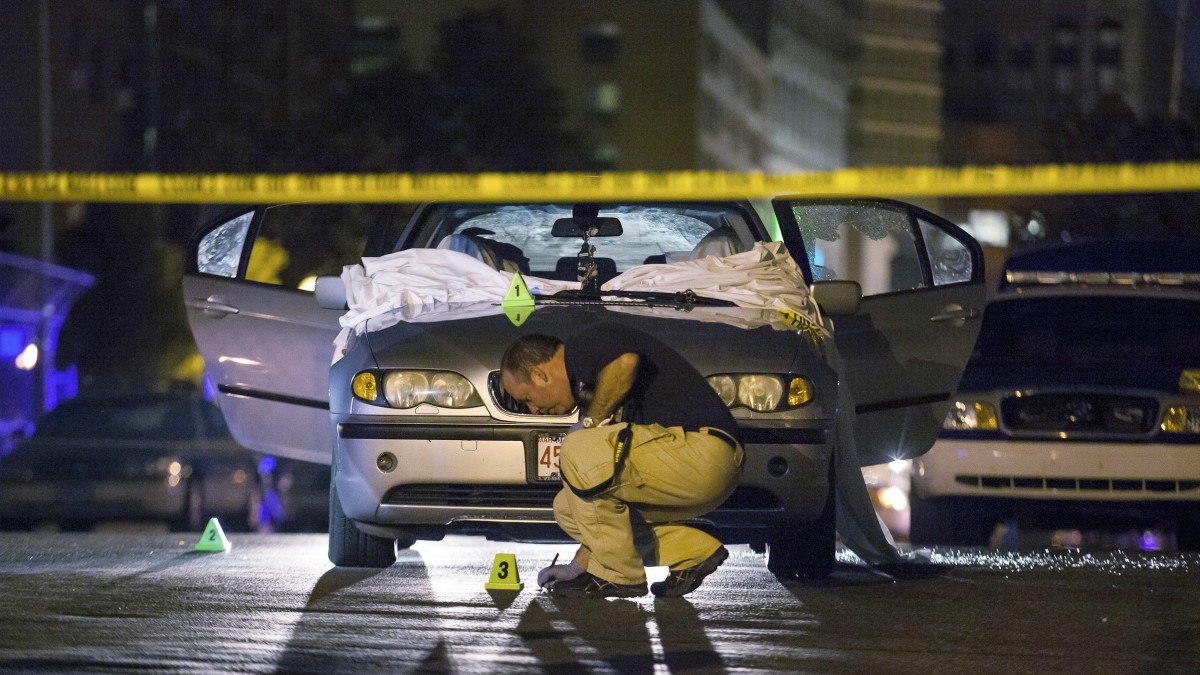 We are always on camera now, but where are the cameras here, in this modern glass-and-stone courthouse building tucked in an old and faded mill town? Local TV is here, sure, parked along the street behind the courthouse, the cameramen trying not to freeze to death in the heart of the worst New England winter in years. Local newspapers have been following the trial. But, somehow, the trial of a star football player from the team that just won the Super Bowl is less of a national story than whether that team monkeyed around with air pressure in the American Football Conference Championship Game.

It is not as though this lacks for what the public always has traditionally demanded from its celebrity murder cases. Hernandez was a genuine talent, as important in his own way to the future of the Patriots as Rob Gronkowski. He was the lightning ahead of Gronkowski’s thunder — faster than his fellow tight end, able to play wide receiver in a pinch. On August 27, 2012, New England extended Hernandez’s contract by five years, and the team gave him a $12.5 million signing bonus. This is what Hernandez said upon signing his contract:

Hernandez was sold as a redemption story. He had had some trouble off the field in college at the University of Florida. But he was said to have straightened himself out enough to deserve the money that the Patriots lavished on him. In fact, not long after said lavishing, New England owner Robert Kraft told the Boston Herald:

It’s really rewarding to hear someone who came in that was very young, maybe not completely skilled in all the ways of the world. And now coming here, he’s learned the Patriot Way. He’s living the Patriot Way. He thinks it’s changed him for the better.

If the prosecution’s case is true, then, by the time Kraft was testifying to Hernandez’s redemption, Hernandez had been a double murderer for almost two months. His friend Lloyd had less than a year to live. I mention all of this not for the purposes of cheap mockery; unless an NFL owner happens to moonlight for the Bureau of Precrime, there’s no way to tell that someone you sign, no matter how checkered their college career, will turn out to be the kind of stone-cold killer that Hernandez is alleged to be. Rather, I point all this out to illustrate what a great news story this is, and how curious it is that it is taking place in relative obscurity in a courtroom in southeastern Massachusetts, buried as a football story by the kabuki nonsense of Ballghazi.

The courthouse gossip in Fall River is that, after the annus horribilis that the NFL has had, the league has put the word out to its various “broadcast partners” to keep the Hernandez trial on the down low. This year, the NFL has demonstrated itself (again) to be a haven for wife beaters and drug felons. The sport itself is under attack because of the physical destruction it continues to wreak upon its athletes. A murderer would be the rotten cherry atop a huge and rancid sundae.

The only real modern parallel to this case is the one in 2001 surrounding the hit that Carolina Panthers wide receiver Rae Carruth put out on the mother of his unborn son. Terrible as that case was, it did not involve the reigning world champions or one of the NFL’s signature franchises. Both Kraft and coach Bill Belichick are on the list as possible witnesses for the prosecution. I have no doubt that a media circus will erupt if either man is called to testify. Until then, however, it appears that we will have the duel of the video experts and more than a little legal wrangling over who will be allowed to testify, and to what, and the case will groan along, an oddly obscure proceeding in a forgotten city filled with the old bones of obsolete industry. We are always on camera now. The only question is how many lenses are watching us. 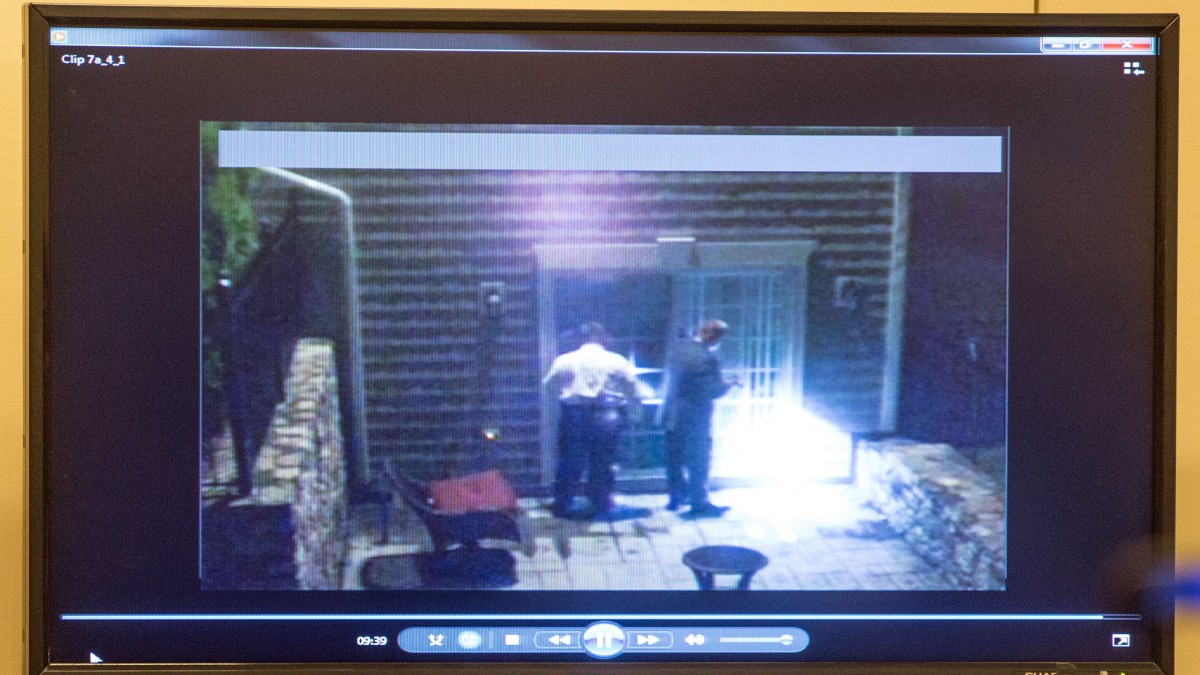 The smart money puts the outcome of the case at a 50-50 proposition. The state has yet to produce a weapon used in the crime. It is hard-pressed to put Hernandez in the North Attleborough Industrial Park, let alone put him there and killing Lloyd with a .45 that nobody can find. So far, indicting other people hasn’t produced any real breakthrough — the other two men alleged to have been with Hernandez have been indicted as accomplices, and Shayanna Jenkins, Hernandez’s fiancée, is also under indictment on perjury charges. And then there are the prosecutor and the judge, who have something of a history — and not a good one, either.1

Last Friday, assistant district attorney William McCauley and superior court judge E. Susan Garsh began laying clubs on each other. At issue were texts sent by Lloyd to his sister on the last night he was alive. Garsh already has ruled that the substance of the texts is inadmissible. What McCauley wanted to do was have the woman testify to the texts merely to establish a timeline for the night in question. There was a sidebar discussion and a stipulation by both sides. Then, when the sidebar was over, Garsh ruled that only the very last text was admissible. McCauley seemed to believe that he was being asked to agree to a different stipulation than had been agreed upon in the sidebar. Things ran downhill from there.

“You’ve already indicated you find this to be relevant evidence,” fumed McCauley.

In reply, Garsh did everything but stamp her feet. “There will be no question of the witness at all with respect to sending or receiving text messages,” she shot back. “I have made a ruling. I don’t intend to rule any further.” She also mentioned that she was confident that an appeals court would uphold her, which bespeaks the possibility that she at least is hearing some footsteps behind this case already.

It is in every way a remarkable thing that this case has been unpublicized. That is the real phenomenon of the Aaron Hernandez trial so far. And at its center are those images from a darkened Dorchester street. The car pulling up. A man who soon will be dead getting in. And, at the defendant’s table, a big young man who was made a millionaire because he excelled at performing his best on camera, looks at the stark black-and-white video of the white car and the doomed man. And you wonder, here in Courtroom No. 7, where a trial has not yet become a show, what does he see? What movie is playing in his head? What role is he performing? Because we are always on camera now, and we can be whatever we want to be.