Hey, There’s a Yaya-Size Hole in Your Midfield: How Manchester City Fell Out of the Title Race With One Bad Month 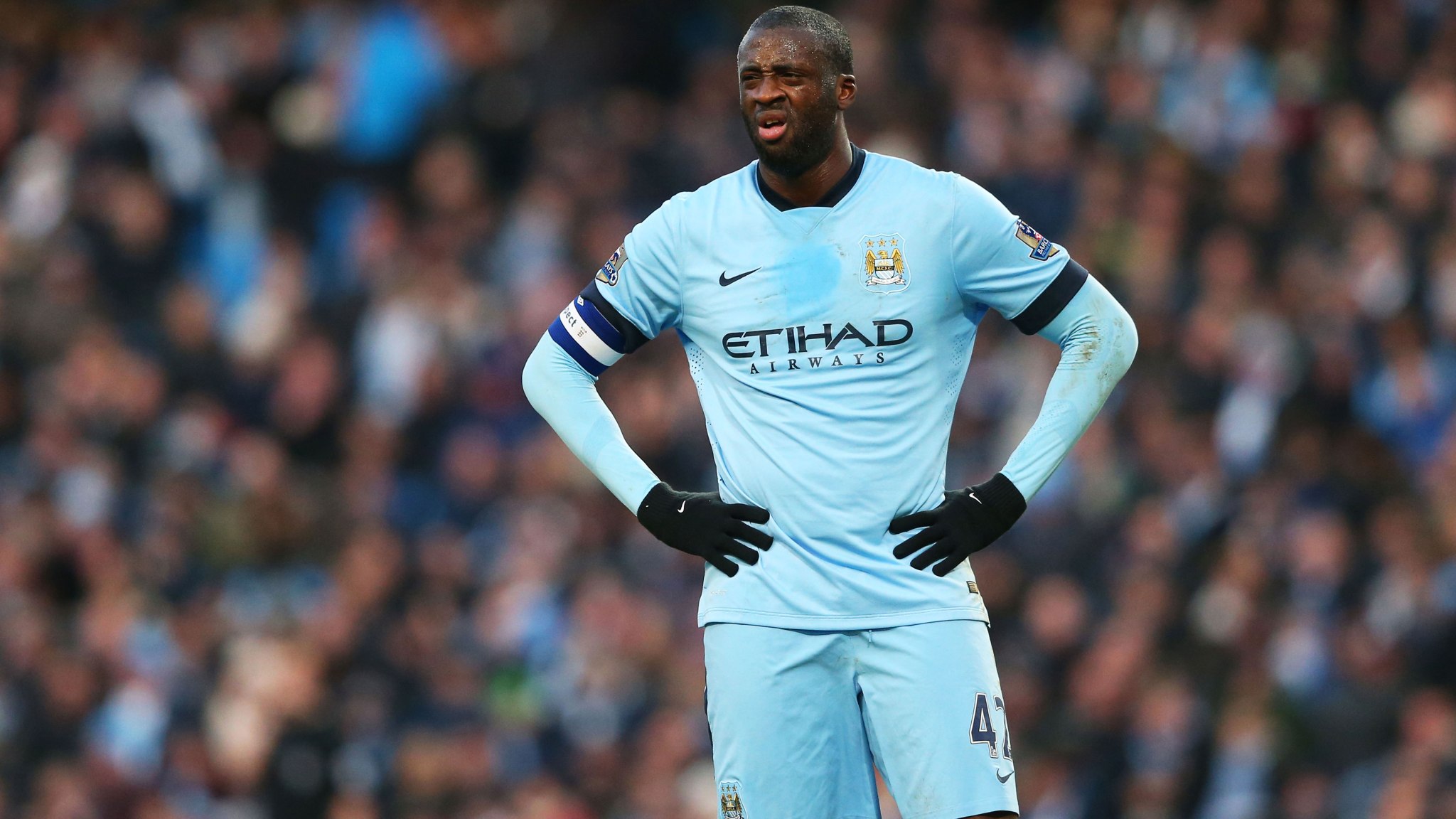 Shall we pour one out for Manchester City’s Premier League title hopes? Ah, the heady days of just a month ago, when City were gaining fast on Chelsea, climbing to within three points as the crowded festive period of the schedule got going. Now, six games later, Manuel Pellegrini’s side have slipped to seven points out of first, their title hopes generating only the faintest of blips on the life-support machine.

A six-game stretch against Burnley, Sunderland, Everton, Arsenal, Chelsea, and Hull does not a title make — but win only one and earn only seven points, and you can just about kiss any dreams of a repeat championship good-bye. Simply put, any team with designs on taking the Premier League crown can’t afford to drop any points against relegation fodder like Burnley and Hull at home and shouldn’t make a habit of doing the same against bottom-half teams like Everton on the road, either.

So where did it all go wrong?

Any doubts over whether or not Yaya Touré is the most important player at Manchester City should be put to a nice, long rest after that six-fixture debacle. Almost the entire stretch happened with Touré gone, as he was finally — finally! FINALLY!!! — winning the African Cup of Nations with the Ivory Coast. Crazily enough, the only game he appeared in was City’s sole victory over the nightmare stretch, a 3-2 win over Sunderland in which, surprise, Yaya scored a Yaya Bomb.

Beyond Touré, City’s attack functions as an organized and intricate affair. A bunch of moving and interchanging parts serve to force the opposition defensive line deep and create space for cutbacks and low crosses from the sides of the penalty area. When it comes to pullbacks and crosses, City’s average pass distance of 22.1 yards is two yards shorter than any other team’s in the Premier League.1 That’s a big part of the reason they’ve created 79 chances from those passes, the second-most in the league, while crossing or pulling it back only the eighth-most times.

In addition to creating immediate chances, City’s relentless attack of the edge of the penalty area creates room at the top of the penalty box, a.k.a. Touré’s office. The Citizens have scored six open-play goals from central areas outside the box, tied for tops in the league, on only 79 shots, the eighth-most.2 Touré has scored three of those six goals, but equally as important, he’s averaging a shot per game from outside the box. Defenses have to respect his rocket-launching ability, which then opens up other avenues. Without Touré, City just don’t have midfielders willing to step up and shoot as the defenders drop deep. In his absence, the Ivorian’s nominal replacement, Fernandinho, has taken 0.33 shots per 90 minutes from those locations.3 Even Frank Lampard, who made a career out of banging in goals from just outside the box, hasn’t taken a single shot from this area while Touré’s been gone.

When facing a Touré-less City, opponents can sag deep into their own penalty box, making it tough to complete the kind of short crosses and pullbacks that City normally feast on, while also not having to worry about a trigger-happy midfielder punishing them for all the space open at the top of the box.

And Then There’s the Defense

For a side that’s particularly prone to highlight-reel errors, Saturday was no different in Manchester.

All the high-profile mistakes, though, overshadow the fact that Manchester City are a very, very good defensive team. For starters, they’re the only team in England with an average possession number over 60 percent. Your opponents can’t score if they don’t have the ball. And even when their opponents do have the ball, City simply don’t concede many shots. They’re second in the league at shots conceded per game, third at shots on goal per game, third at shots in the penalty box. The one blip comes with where the shots are coming from, as the average shot conceded arrives from 19.3 yards out, just 12th-best in the league.

This, though, is the standard trade-off that very aggressive defenses make. If you play a high defensive line and counter-press assertively, once you turn the ball over, you have to either get it back quickly or foul to give the yourself time to recover.4 The times when opponents do get through, it often leads to good, close-range opportunities, since effectively three players — two center backs and a defensive midfielder — are being asked to cover essentially half of the field. And so it follows that Fernandinho is fourth in the league in fouls committed per 90 minutes, among players with more than 1,000 minutes played, while Vincent Kompany is fourth among all defenders.

With Touré gone, Fernandinho has slid into the Ivorian’s role, with Fernando taking over Fernandinho’s more-defensive midfield slot. Fernando’s been fouling less frequently than his fellow Brazilian — 1.53 per 90 minutes, compared with 2.23 — and that’s actually a bad thing, as he’s been unable to break up the counterattacks that leave City so vulnerable. With Fernando — who’s not nearly as much of an all-action space-eater as Fernandinho — now providing the defensive cover, City become marginally more open, and, well, the past six weeks happen. 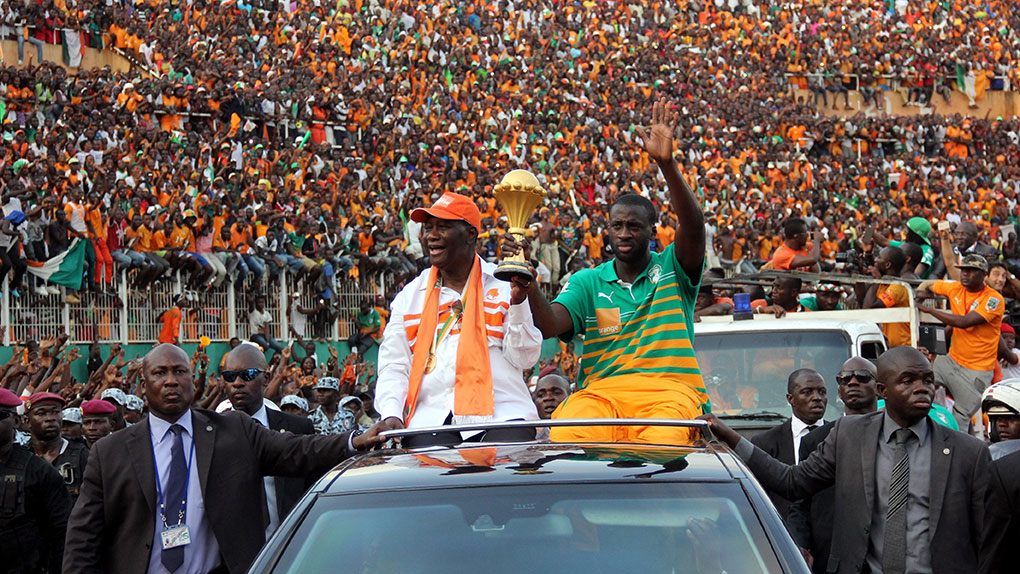 There’s a way to look at this and see it as good news for City. Touré’s on his way back, and all will soon be well. Also, while he was gone, the team went through a mini injury crisis that seemed to ravage half its roster. But it’s not as if City’s results have just dropped off marginally either; they’ve fallen off a Burnley-size cliff. Plus, Yaya Touré is 31 years old, and he won’t be a superman forever. If City, despite the many resources at their disposal, can’t manage his absence for a month, how will they fare once he hits a more permanent decline?

On a more general note, the meltdown sans Touré says a lot about the club’s approach toward winning. Tactically and philosophically, they want to capitalize on the unique talents of their superstars. When they’re healthy, it works well, but it leaves the team so vulnerable whenever those stars are missing. An attack powered by things only Yaya Touré can do will break down when he’s not there. A defense perched on the unique ranginess of Fernandinho will suffer when he’s pushed higher up the field. Last year, City managed to avoid either of those problems. This year, it looks like they’ll be what cost them a shot at the title.

An earlier version of this story confused Fernando and Fernandinho in one section.

The Rebirth of Big Men: A Breakdown of Old-School Bulk and New-Era Skill

The 10 Worst Breakups in NHL History