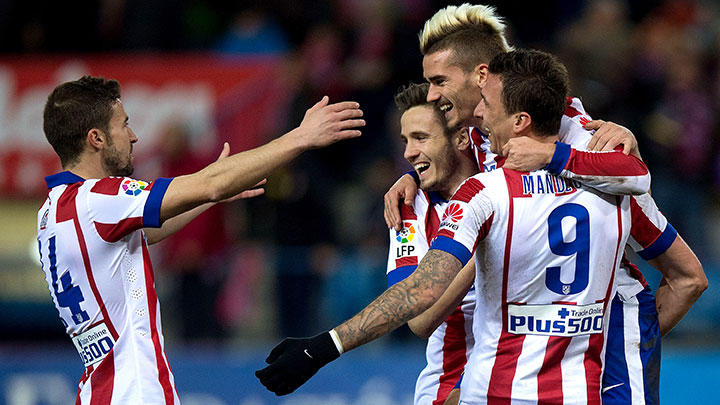 These games kick off tomorrow. Here’s the preview for today’s fixtures.

Ryan O’Hanlon: Have you ever seen a swarm of wasps attack an anthropomorphic Rock ’Em Sock ’Em Robot the size of Christ the Redeemer? Did you watch Whiplash and think, Needs more STATHAM, aliens, and BMX bikes? Have you dreamed of what it would be like to graffiti your face onto the side of the Bauhaus, take a picture of it, and then get a tattoo of that picture inked on your back?

These are all worthy considerations ahead of this fixture, which has no doubt already been referred to as “A Hipster Soccer Fan’s Dream” — but no such designations shall be made here. There’s Leverkusen’s “shoot at all costs, even when you don’t have the ball” approach — an unceasing battery of straight-line runs toward goal and Red Bull–infused frenzy. (Literally.) And then there’s Atlético’s 11-man bear trap, coiling back toward its own goal and snapping forward whenever the opposition attack gets too close. That might be a matchup for those who prefer their affectations of fandom locally sourced and sustainably grown, but it’s also just a matchup for people who don’t want to be bored.

As we’ve seen through the first four matches of the round of 16, these games tend to not be very good! The home teams in the first leg are usually the less talented sides, so they typically play relatively conservatively, not wanting to concede an away goal, while the favorite sort of pokes and prods a bit, but never really pushes too hard, secure in the knowledge that all they’ll have to do is win the next game at home against a team they know they’re better than.

There always seems to be at least one first-round matchup, though, that lives up to the hype and loses its mind sooner rather than later. Though you could characterize Diego Simeone’s side as conservative — defense-first, every player well drilled into a specific role, and they rarely dominate possession — they’re never not aggressive, and if they do happen to go down, linesmen better protect their freakin’ necks.

Leverkusen, meanwhile, will do everything in their power to make this game exciting, just like they always do. Please. Save us, Roger Schmidt.

Taking what Simeone’s team does for granted can be easy because it’s just “playing defense.” But what sets them apart is how incredibly disciplined they are. Sometimes that discipline means sitting deep and absorbing pressure, sometimes it means aggressively funneling attacks toward designated areas, and sometimes it means an aggressive, targeted press. Regardless of the game plan, Atlético’s men are always in the right places. 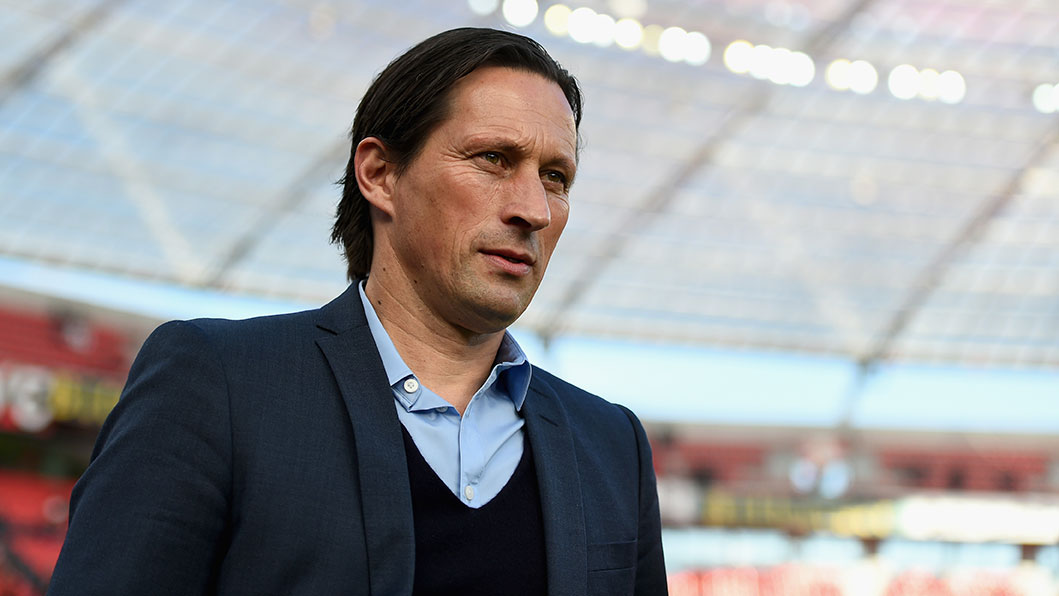 That’s particularly problematic for a Leverkusen side that thrives on creating chaos. The German side wants to overrun you in waves, and it’s more likely that those waves will crash over dependable rocks like Tiago and Gabi in the midfield and defenders Miranda and Diego Godín behind them. In attack, Simeone has the ability to tailor his game plan more than ever before. With Antoine Griezmann enjoying a stellar season, in addition to Mario Mandzukic’s imposing physicality and the reenergized Fernando Torres, there are a ton of ways to mix, match, and exploit their opponents.

Right now, Leverkusen sit sixth in the Bundesliga. They’re incredibly entertaining, but they are probably not quite ready to challenge the 2014 runners-up. Thankfully, it should be really fun to watch them try.

Goodman: This is a weird thing to say, but: Arsenal should waltz through this knockout-stage matchup. Monaco are a mediocre side who currently sit fourth in a mediocre Ligue 1. The stars that drove them into the Champions League are largely gone, and the “spend now, spend later, spend forever” plan of Russian gazillionaire Dmitry Rybolovlev has disappeared along with £2.7 billion in a record divorce settlement. Instead, Monaco now operate with a “if we don’t risk anything, at least we won’t give up too many goals” plan of not-attack. They won their group while scoring a grand total of four goals. Truly scintillating stuff. 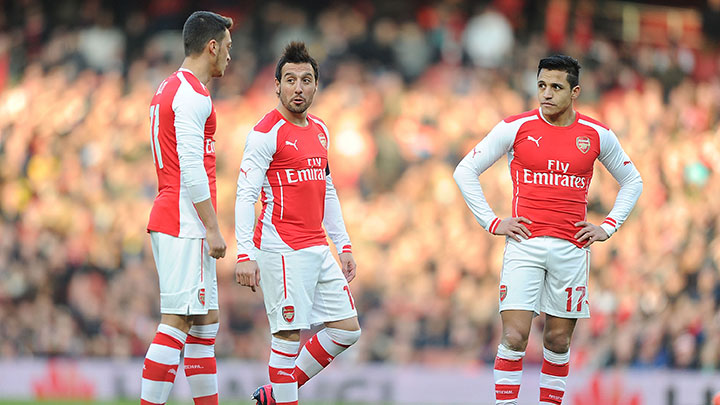 Myopic conservatism can be effective, but it’s also not a game plan likely to bother Arsenal. The Gunners thrive on teams that sit back, defend, and don’t counterattack in numbers. The Gunners have dynamic attackers in Santi Cazorla, Mesut Özil, Alexis Sánchez, and others, a target man in Olivier Giroud they can play off of, and lots and lots of experience trying to pass the ball through a tightly packed defense. It’s been a fun ride for Monaco, but Arsenal should cruise. Two hundred words later, it feels no less odd to say.

My how things have changed for Monaco, though. Just a handful of years ago, they were bringing in Colombian superstars James Rodríguez and Radamel Falcao. They seemed poised to join PSG as The Other French Team That Could Literally Buy Anyone If They Wanted To — but just two years later both James and Falcao are gone and, as you’ve noted, the team is grinding out results in the least glitzy, most un-Monacan of ways. 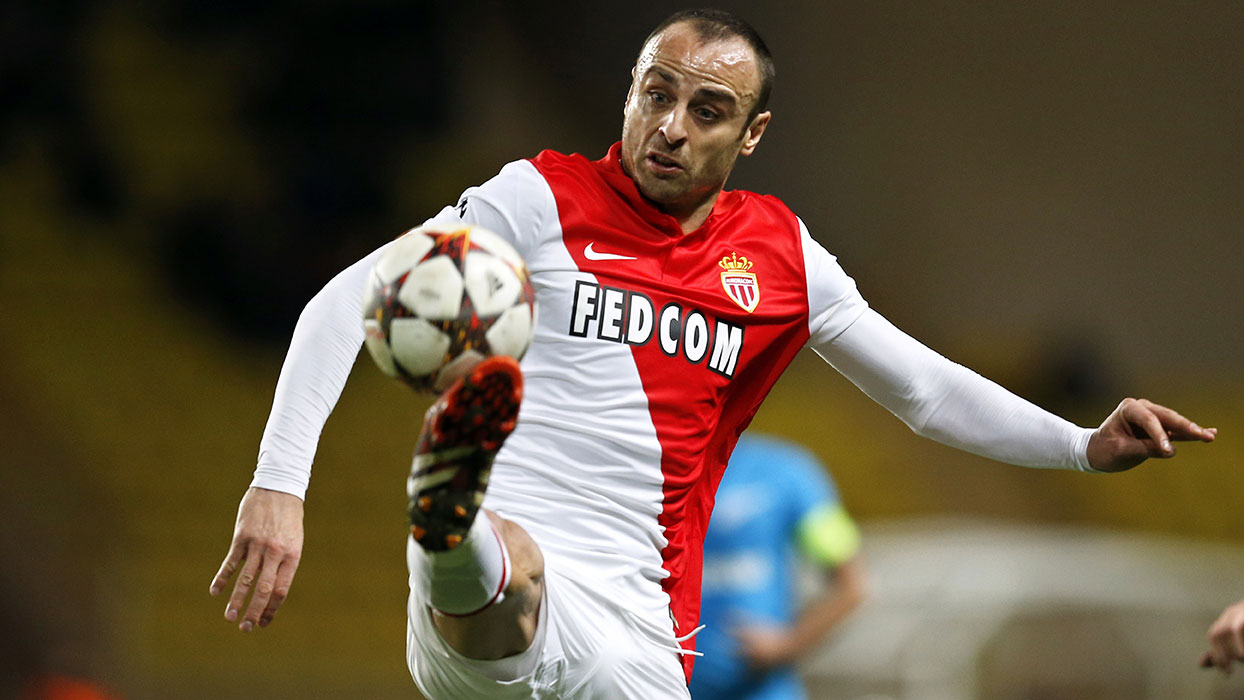 Leonardo Jardim’s side have given up a grand total of three goals since the beginning of Advent. And in their six Champions League group-stage games they conceded only one. It’s boring as hell, but it also makes a tiny, skewed bit of sense, as all the young promise of this team sits along the back line, with none among the first-choice back four — full-backs Layvin Kurzawa and Fabinho flanking center backs Tiemoué Bakayoko and Wallace — older than 22. There’s also João Moutinho, who’s been a perfectly fine center midfielder for what feels like going on two decades now, and 34-year-old human cigarillo holder Dimitar Berbatov, vampiric as ever, still traipsing around near the opposition goal but rarely still putting the ball inside of it.

This one’ll be pretty much wrapped up after tomorrow, if I had to guess. Arsenal, despite all the fatalism that seems to surround each and every one of their results, are just a straight-up very good team with a ton of very good players. If anything has changed from years past, it’s that it finally seems like there’s a solid spine to this group that protects them from the pants-down meltdowns of years past. I shouldn’t be predicting this sheepishly — this team has Özil and Sánchez, people! — but here we are: Arsenal will make it past the quarterfinals in this tournament.

That Was a Thing: Sports Phone, the 1980s Way to Get Real-Time Scores

How We’d Fix It: Three Ways the Colts Can Keep Andrew Luck Happy