Khalil Mack Is Here to Ruin Offenses and Chew Bubblegum 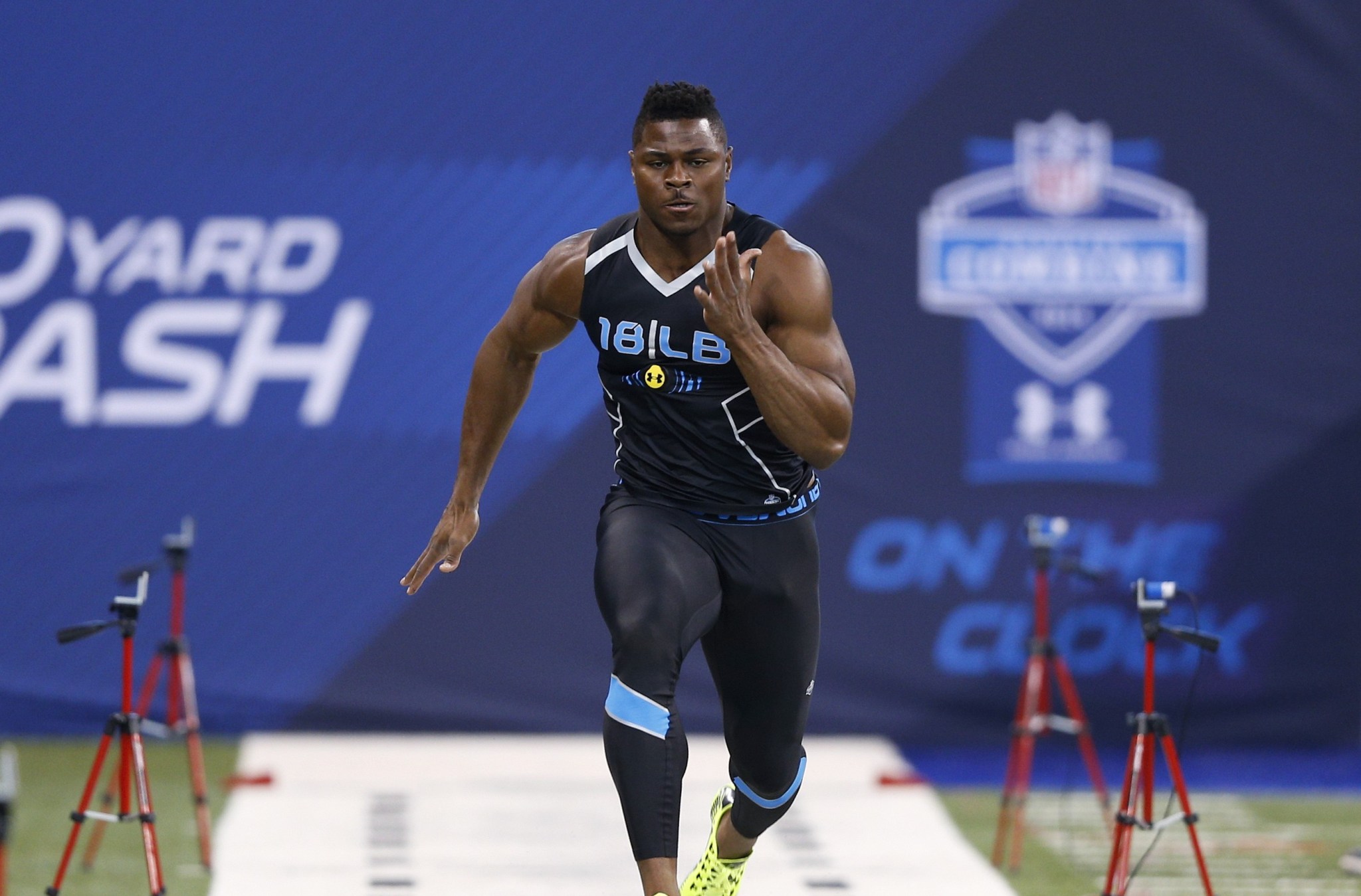 As far as uniform number stories go, Khalil Mack’s is up there. A Florida kid with just a single Division I scholarship offer, Mack landed at Buffalo. As a freshman, Mack’s overall rating in NCAA Football was 46. It was the number he kept for all four years.

The first question that comes to mind when you see Mack play is this: How? How did someone like this end up at Buffalo? Jadeveon Clowney’s world-stopping hit two years ago was inevitable. He was the best high school player in the country; he was next. Mack was a passed-over kid who ended up at a mid-tier program in the MAC. Yet in that video, there are at least three plays as unbelievable as the one that made Clowney famous.

I told you. It’s even worth living through that “Radioactive” remix.

Every single play is ruined before it starts. Mack is destruction incarnate. He doesn’t have a position, and he doesn’t really need one. Put him anywhere on defense and watch the wreckage pile up. He’s the Division I career leader in tackles for loss and forced fumbles. He lives in backfields. He’s Von Miller all over again — a pass-rushing terror worth building an entire defense around.

There are some people who think Mack is the best player in an absolutely loaded draft, and he’s done nothing to prove them wrong so far. While everyone lost their minds over Clowney running a 4.5 40-yard dash, Mack was just as terrifying. He has a 40-inch vertical, people. Forty! We’re getting wonky now, but when it comes to pass rushing, the vertical and broad jump are considered just as important as the 40 in judging explosiveness. Mack outdid Clowney in both. That doesn’t mean Clowney isn’t the physical marvel everyone thinks; it just means Mack is right there with him.

The issue with Mack, if there has to be one, is competition. Eastern and Western Michigan are not Alabama and LSU. That’s why those of us trumpeting Mack’s dominance point right to his first game of last season, against Ohio State in Columbus. Those four quarters don’t say everything about what Mack is, but they come pretty close: 2.5 sacks, an interception returned for a touchdown, and just generally looking like the best player on the field and it not being very close.

At a certain point, the results are undeniable, no matter who they come against. We were told all year that this draft had an only-comes-around-so-often talent; we might have just had the wrong guy.

Your Guide to the Rest of the NHL Regular Season